The best way to get a sense of the scale of Sao Paulo is by flying into one of the two major airports that serve the city. On their descent, passengers will see a carpet of high-rise buildings that appears to be never-ending. Sao Paulo is huge, which can make it daunting at first for solo travelers.

The truth is, there’s nothing of which to be afraid. After a bit of research and meeting the local people, visiting Sao Paulo solo can be one of the most rewarding experiences of your life. Here’s some useful information to help you get the most out of your trip.

Also called Jardim Paulista, the leafy neighborhood of Jardins is one of the fanciest spots in the city and an ideal place for tourists to stay in Sao Paulo. It is close to Avenida Paulista, Sao Paulo’s answer to Times Square, Ibirapuera Park and is within walking distance from trendy neighborhoods such as Pinheiros and Itaim. 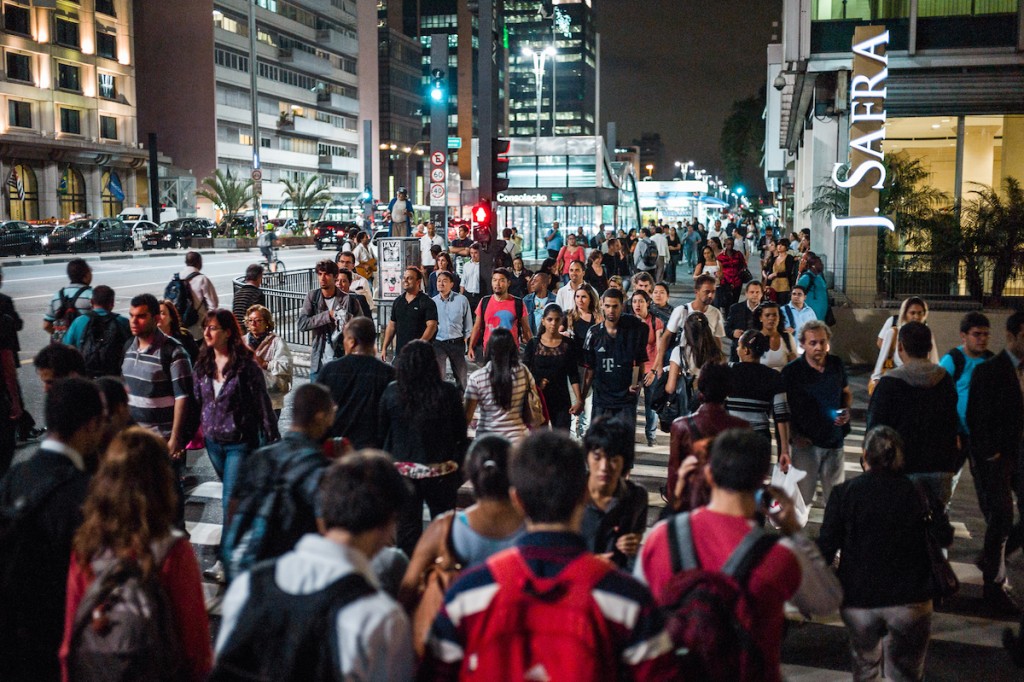 On the other side of Avenida Paulista, there is the neighborhood of Consolação. Not as upmarket as Jardins, it is a great place for bars and nightclubs, as the infamous party street Rua Augusta cuts right through it.

To the west of the city lie the hip neighborhoods of Pinheiros and Vila Madalena. The latter is a charming artsy area with a lot of hills and cool bars. Pinheiros, on the other hand, has changed dramatically over the past 10 years. Once a bustling center of commerce, it is now home to a huge variety of trendy restaurants.

Sao Paulo’s center is one of the few places in the city that actually has some history. Most of the buildings were built at the turn of the 20th century when Sao Paulo made the transition from a provincial town to a booming modern metropolis. It is well worth spending some time there, but it is grittier than the rest of the city and may be quite daunting for first-time visitors to stay there.

With its attractive and modern design, Hotel Unique is widely regarded as the best hotel in the city. Located a stone’s throw away from Ibirapuera Park, it’s a great spot for solo travelers looking for a bit of luxury and ease during their stay. The hotel’s exterior, known as the “watermelon,” is visible for miles around, while its interior is also beautifully designed. 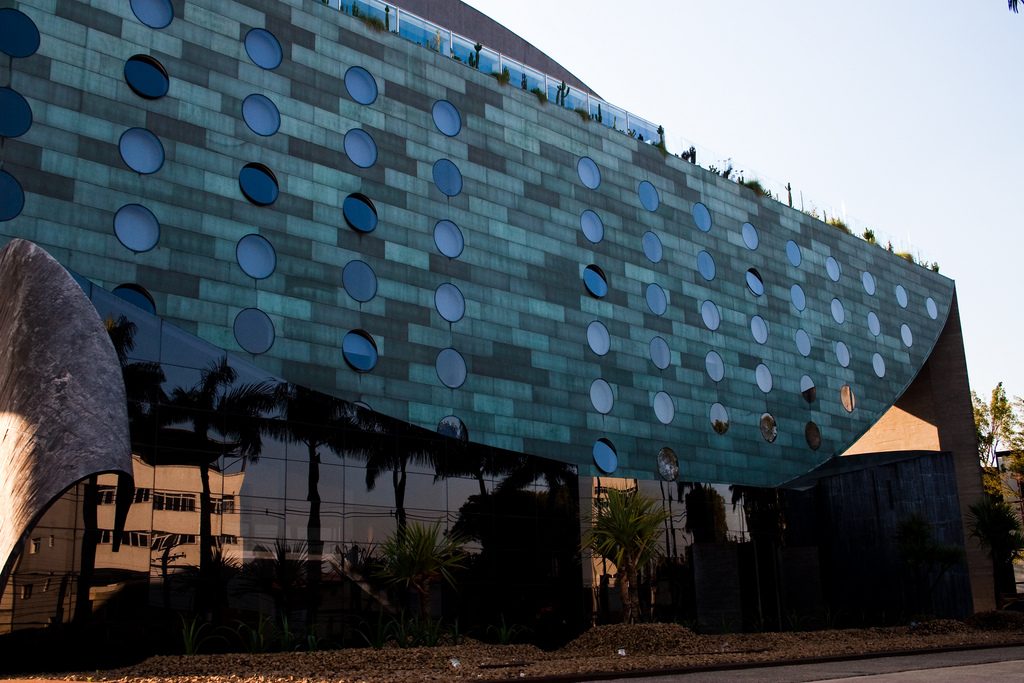 One of the best mid-range accommodation options in Sao Paulo, Pousada Ziláh is an ideal place for travelers who are looking for a welcoming, homey vibe to their accommodation in the city. Serving an excellent traditional breakfast in a charming and colorful setting, Pousada Ziláh can feel like a home away from home inside the big city.

For solo travelers on a budget, there is no better place than the Bee.W Hostel. Located three blocks from Avenida Paulista and one block away from the bars and clubs of Rua Augusta, it is an ideal place for young solo travelers. The hostel has a friendly atmosphere, and the bar is always busy on weekends, filled with tourists and locals, making it an excellent place to make new friends.

Where to eat & drink

Recently renovated, the municipal market of the trendy neighborhood of Pinheiros is a great spot for lunch, as well as one of the best places around to buy superb local produce. Comedoria Gonzales, run by the Bolivian chef Checho Gonzales, is a must-visit, as it serves one of the best ceviches in Sao Paulo.

One of the best restaurants in town, Izakaya Issa is a traditional Japanese izakaya (an informal sake bar), giving it a very friendly and laid-back atmosphere. Order a sake and do not miss the takoyaki, which are delicious crispy octopus dumplings, made to order by Chef Margarida Haraguchi.

The preferred haunt of intellectuals, musicians, and artists during the 1960s and ‘70s, the Riviera Bar, located right at the top of Avenida Paulista, was renovated and reopened in 2013 and has once again become one of the most attractive spots in town. Its charming design, from its classic neon sign out front to the stylish curved staircase leading up to the mezzanine, will transport you back to the 1970s. Top Brazilian chef Alex Atala designed the menu, with some excellent bar snacks and amazing cocktails.

As mentioned earlier, the center of Sao Paulo is grittier than the greener, fancier neighborhoods to the west. However, some of the city’s most beautiful architecture can be found here, as well as some excellent bars and restaurants. Spend a day walking around Centro, and you will not regret it.

MASP, the striking building on Avenida Paulista designed by Italian-Brazilian architect Lina Bo Bardi, is a sight to behold. The entire structure is elevated above ground by four pillars, making it appear as if it was floating over the street below. The museum itself is also well worth a visit, with a fabulous permanent collection of Brazilian and international art. 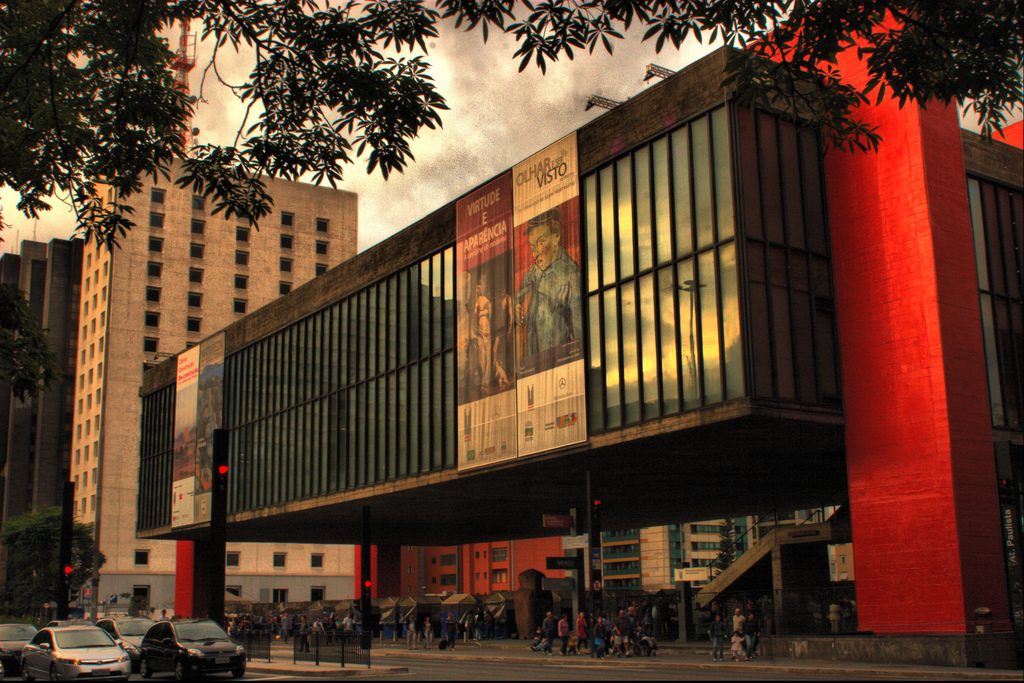 Sao Paulo’s Central Park, located just to the south of the center, is an incredible piece of tranquility in the middle of this gigantic, noisy city. Ibirapuera Park is regarded as one of the best urban parks in the world and is an excellent place to spend an afternoon, whether it is taking a bike ride around the lakes, having a picnic on the grass, or visiting the park’s superb museums.

Literally “Batman’s Alley,” Beco do Batman is a small alley in the trendy neighborhood of Vila Madalena, covered in some spectacular street art. Sao Paulo’s graffiti culture is one of the most famous in the world, and Beco do Batman is where the scene is at its best. Make sure to take plenty of photos, as the pieces are constantly changing.

Go to a football match

Brazil is the country of football (that’s soccer, for our American readers), and Sao Paulo takes the game more seriously than anywhere in the nation. The city has four major clubs (Corinthians, Palmeiras, São Paulo, and Santos), and going to see either one of them play is a superb way to learn more about Sao Paulo culture. Corinthians and Palmeiras both have state-of-the-art stadiums, which were built in the last few years and are superb places to watch a match.

If coming by bus from elsewhere in Brazil, you are likely to arrive at either the Tietê or Barra Funda bus terminals—both connect to the city’s metro system. However, a vast majority will arrive at either Guarulhos or Congonhas Airport, both of which have no such public transport links. There are plenty of taxis available outside the arrivals hall, though getting into town may end up being quite expensive (especially from Guarulhos). The best advice is to order a car using one of the many mobile taxi applications available in Sao Paulo (99 Taxis, Easy Taxi, Cabify, Uber, and other apps are available) so that you can be clear about how much your trip will cost before getting in. Alternatively, the Airport Bus Service is much cheaper and runs regular services to all the main points in the city. They also have comfortable seating and free wi-fi. 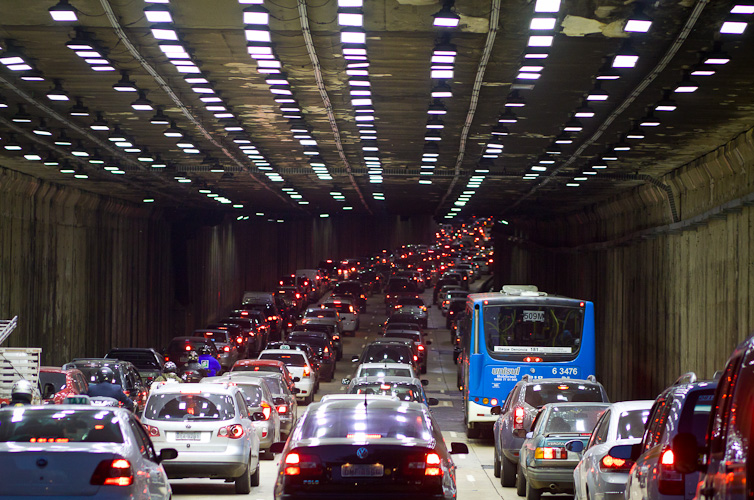 Sao Paulo’s traffic is notoriously bad; however, considering the size of the city, it could be a lot worse. Look to use the metro system when possible; the service is excellent, but it only covers a small part of the city. Also, you should not use public transport during rush hour. It’s not a comfortable experience, and you’ll likely end up late for whatever appointment you have made.

Sao Paulo is an extremely cosmopolitan city but does not receive a large number of tourists (besides people visiting on business). As a result, there is not much English spoken in the city. Make an effort to learn some Brazilian Portuguese before arriving, and do not be afraid to try it out on the locals. Just knowing bom dia (good day), tudo bem (how are you), por favor (please) and obrigado (thank you) will go a long way.

The best way to properly experience the wonders of Sao Paulo is by making friends with the local people. One of the special things about the city is that with so much variety, every Paulistano has their own routines, favorite haunts, and points of view on Sao Paulo. Having someone to show you around makes a massive difference. As with most Brazilian cities, Paulistanos love to socialize and are very warm and welcoming. Strike up a few conversations, and it will improve your stay tenfold.