A History Of The Maracanã Stadium 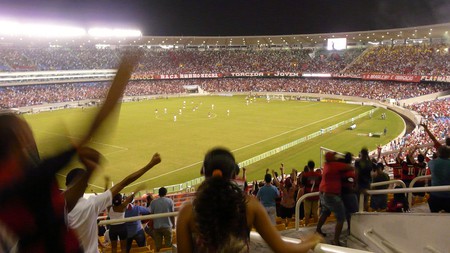 Hosting a match between teams from Rio de Janeiro | ©Johrling/Flickr

The Maracanã Stadium is a source of pride in Rio de Janeiro. With a capacity of 78,838, it is the largest stadium in Brazil and the second largest in South America, the largest being Estadio Monumental in Peru with a capacity of 80,093. The stadium has witnessed many historical events from World Cups to unforgettable concerts, and it will be the host to the opening and closing ceremonies of the 2016 Olympics.

When Brazil won the rights to host the FIFA World Cup in 1950, it decided that a new stadium for the tournaments was in order. Despite controversy over cost, construction began in 1948, leaving just two short years to complete the stadium. This proved too big a challenge and despite the stadium being used in 1950 for the World Cup, construction was only fully completed 15 years later in 1965. 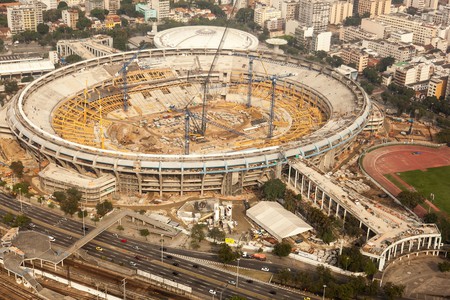 What’s In A Name?

Despite being referred to as Maracanã, its actual official name is Mário Filho, after a Pernambucan journalist that was in strong favor of its construction. The nickname Maracanã came from the local Maracanã River and has stuck to the point of being widely assumed as the official name. Maracanã comes from an indigenous Tupi-Guarani word for a type of parrot in the region. 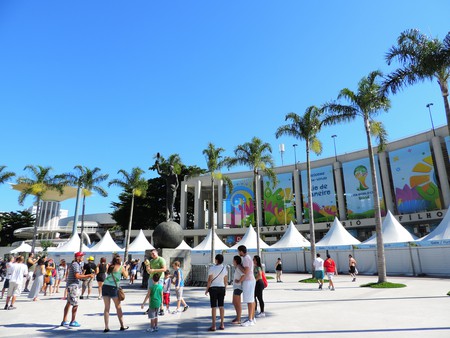 Whilst it is commonly known as Maracanã, its official name Mário Filho is engraved on the outside of the stadium | ©Jules/Flickr

The first match of the 1950 World Cup was Brazil against Mexico with Brazil winning on home turf 4-0, bringing with it a wave of national pride. However, the shocking defeat in the final against Uruguay left Brazil stunned and silenced, marking a significant black smear in Brazilian history, known as ‘Maracanazo’. Brazil only needed to draw this match to win; yet the overall score was 2-1 to Uruguay.

Hosting a match between teams from Rio de Janeiro | ©Johrling/Flickr

Nowadays Maracanã is mostly used by Rio’s football teams, Botafogo, Flumienense, Flamengo, and Vasco da Gama. It has also hosted some of the greatest music shows in the last few decades. In 1980, to celebrate the 30th anniversary of the stadium, Frank Sinatra sang to a crowd of 180,000 with other music legends performing in the following years, such as Tina Turner, Paul McCartney, and Madonna. In more recent years, crowds have been wowed by the Backstreet Boys, Rolling Stones, and Pearl Jam. It also saw Germany take the cup against Argentina in the 2014 World Cup.