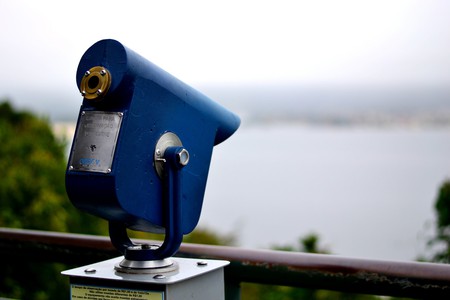 The main attraction of Santa Catarina Island, or simply Florianopolis, is that the island contains some of Brazil’s best beaches and pristine nature in a relatively small space. As you explore the island, make sure you also check out the intriguing, relaxing, and enchanting towns. Here’s your ultimate guide. 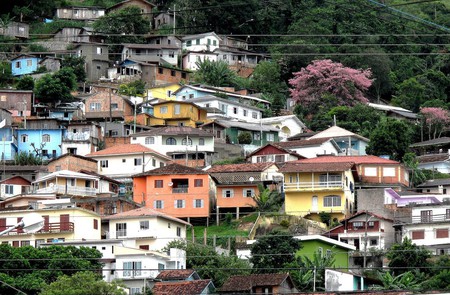 When travelling on public transport be sure keep your eyes open for buses that say ‘TICEN.’ This five-letter acronym is an easy way to remember the direction the buses are going, as the ‘TI’ refers to terminal, or Terminal de Integração, and the three remaining letters refer to which terminal – in the case of Florianopolis, ‘CEN’ means ‘centro’. When you arrive in the center of Florianopolis, you’re are directly across the street from the main market, which is a perfect place to start exploring the city. 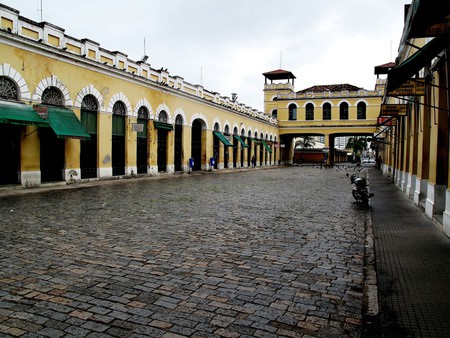 From the center, take the ‘TILAG’ bus towards the Terminal de Lagoa de Conceição which drops you off just a stroll from the center of town. There are two main roads that lead down to the beach, each lined with great restaurants, and cafes, ending at the lake’s edge, which is the centerpiece of the town. Enjoy a top quality morning coffee at Rocambole or Emporio Mineiro in the center of town, and rent a kayak or paddle board and enjoy the water in the morning when the wind and waves are low. Walk over the bridge to Rendeiras, another town a stone’s throw away, and get another view of the lake before catching a bus passing along the avenue to Barra da Lagoa.

Barra, pronounced ‘baha’, has one of the more unique beaches as the river connected to the lake weaves through the town and waterfront homes, emptying into the ocean right by the beach. Here, cross the footpath bridge over the river, and follow the path to the natural pools at the end of the trail for some stunning views to photograph, calm water to swim in, and big rocks to leap off. 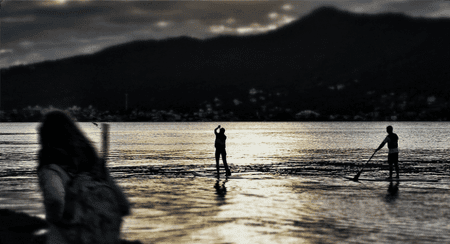 One of the biggest towns in the south portion of the island is Campeche, a jumping off point to the beautiful island of Ilha de Campeche, but the towns of Armacao, and Pantano do Sul farther south, are more picturesque. From the main terminals, take the ‘TIRIO’ bus that goes to the Rio Tavares Terminal, and change for the Pântano do Sul bus. It will enter the town of Armação, and do a three-point turn before it leaves, so jump out here, and visit the town, and Praia Madeiro. You can return to this bus station, and jump on the same bus, and continue south to Pantano, or walk to the end of Praia Madeiro and walk the trail over to Lagoinha do Leste, one of the nicest, quietest beaches on the island – the trail ends in Pantano do Sul. 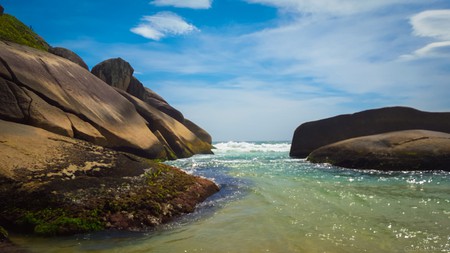 To complete the full loop of the island and take in some history, you can visit both Santo Antônio da Lisboa, and the Fortaleza São José de Ponto Grossa, before ending in Canasvieiras, the northernmost city on the island. From ‘TICEN’ or ‘TITRI’ terminals, catch the ‘TICAN’ bus (Terminal Canasvieiras) and it will cruise along the scenic route to Santo Antônio da Lisboa. The old, historic town is one of the best places on the island to get seafood as you enjoy it with the ocean almost lapping up against your table.

After you’re done eating, and are energized with a post-lunch espresso, jump back on the same bus and visit the northwest corner of the island and the ancient fortress before turning the corner and having dinner in the city of Canasvieiras.