A Guide to the Different Pastels in Rio De Janeiro 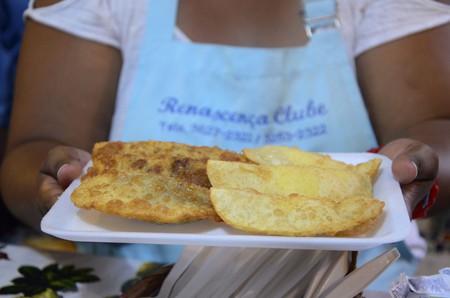 Brazilian cuisine tends to be somewhat overshadowed by the nation’s football and samba, but it deserves praise too. Of particular interest is the humble pastel, a deep-fried pastry snack that has become a major part of the country’s gastronomic culture and made its presence known in bars and at farmers’ markets. Culture Trip takes a closer look at this crispy fast-food treat.

Pastels are crispy, deep-fried pastries that contain various fillings. Admittedly, they’re not exactly healthy, but they are satisfying and delicious. Two main types are bar pastels and pastels sold at the weekly farmers’ markets, and they come with a variety of fillings depending on where you buy them from.

These are the original pastels, which are also known as pastel de vento (windy pastel). Their name comes from the fact that these large, deep-fried, rectangular pastries hold an equal mixture of fillings and air. They’re sold at makeshift stalls, where workers gather early in the morning to start serving the first customers, who grab a quick pastel on their way to work or as a Sunday breakfast treat.

The fillings are always a traditional combination of cheese, minced meat, prawns, frango with catupiry (cream cheese), pizza (cheese, tomato and basil), dried meat and hearts of palm. Eat with a splash of chilli sauce and wash down with a swig of extra-cold sugar cane juice to do it Brazilian-style. 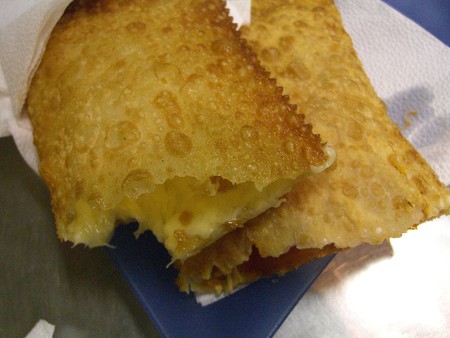 In Rio de Janeiro, there are several farmers’ markets that serve these pastels alongside locally produced cheese, meats, fruits, vegetables and seafood. In Ipanema, try the popular Ipanema Farmers’ Market at Praça Nossa Senhora da Paz on Fridays, or the market at Praça General Osorio on Tuesdays (the same spot where the Ipanema Hippie Fair takes place on Sundays). In Copacabana, there is a small but complete market at Rua Décio Vilares on Sundays, which is great for fruits, vegetables and hot, fresh pastels. At Rua General Urquiza in Leblon, there’s also a farmers’ market every Sunday. 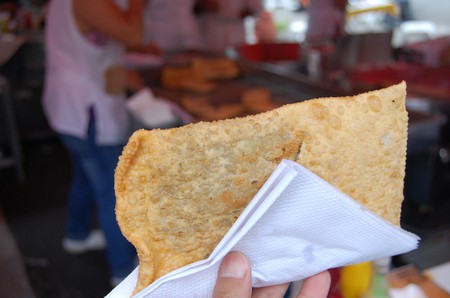 Bar pastels are small, half moon shaped pastels and are often served as a light snack to eat while drinking chopps (small glasses of beers) and socializing in a boteco (traditional Brazilian bar). Unlike the pastels at farmers’ markets, which stick to a traditional formula, these bar pastels have wholeheartedly embraced the creativity and innovation that many of Rio’s modern bars are bringing to the local gastronomical scene. The result has been pastels with a variety of different fillings. Their small size means that the fillings are more packed in than they are in farmers’ market pastels. 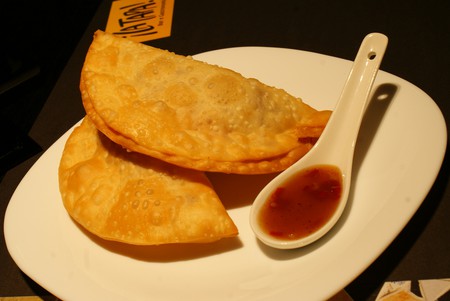 Bar do Adão is famous for its award-winning pastels, which come with more than 60 different fillings. Some of the most popular ones include the Italiano (sun-dried tomatoes with rocket), the Frances (leeks, prawns and catupiry), and the Nobre (prawns, blue cheese and nuts). It also serves sweet options such as brie with apricot jelly, and chocolate and strawberry. Bar do Mineiro in Santa Teresa serves a signature bean pastel for a satisfying carb-overload. For traditional options, head to Bar da Gema in Tijuca for its pastel packed with dried meat – the most-ordered pastel on the menu.