A Guide To The Brazilian Christmas Dinner

Panettone |© Nicola/WikiCommons
Christmas in Brazil is largely family-oriented with all family members gathering under one roof to enjoy the fun, festive activities. The Brazilian Christmas dinner itself is not served at lunch time on December 25th like in the US, UK and some other countries, but late at night on Christmas Eve with celebrations spilling over into the early hours of Christmas morning.

Throughout Brazil, the Christmas dinner is a large spread of various foods and nibbles. The feast is more likely to be centered on a chester than a turkey, and has come to represent the traditional meat at Christmas. A chester is a type of super-chicken genetically modified to have more meat concentrated in the chest and back regions of the bird. It’s served as a large oval-shaped package, free from bones and ready to roast.

Salted cod, or bacalhau as it’s known in Portuguese, tends to make an appearance at any special occasion in Brazil, and Christmas is no exception. It is commonly soaked overnight to take out the salt before being seasoned, rolled up into balls and deep fried to give a crispy shell. It’s a part of Christmas dinners all over Brazil, especially in coastal cities. 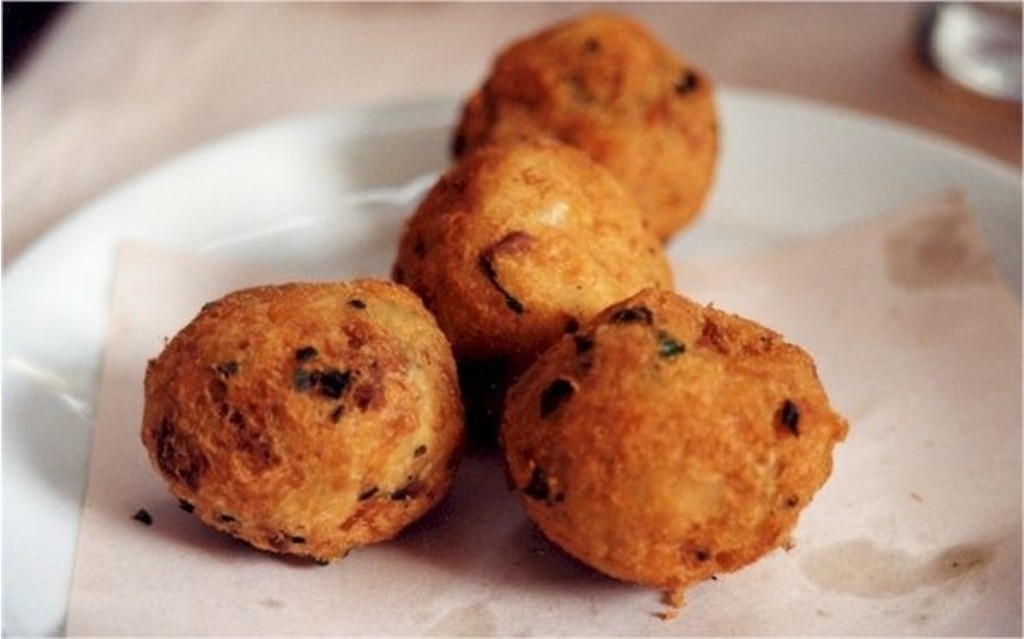 Next comes the start of a stream of side dishes. Brazilian Christmas foods factor in the intense heat (it’s the middle of summer around December 25th), regional flavors and seasonal availability. The turkey, or chester, is served with a variety of simple salads and other cold dishes such as typical green salads, bowls of dried fruits, mixed nuts and a selection of ham and cheese. The Brazilian equivalent to roast potatoes is a cold potato salad that is mixed with chopped apples and raisins, and bowls of rice that is first fried with garlic before being seasoned and boiled. Gravy won’t be on the menu but farofa is, a mix of fried cassva flour and chopped bits of crispy bacon. Cabbage is replaced by kale heavily flavored with salt and garlic. 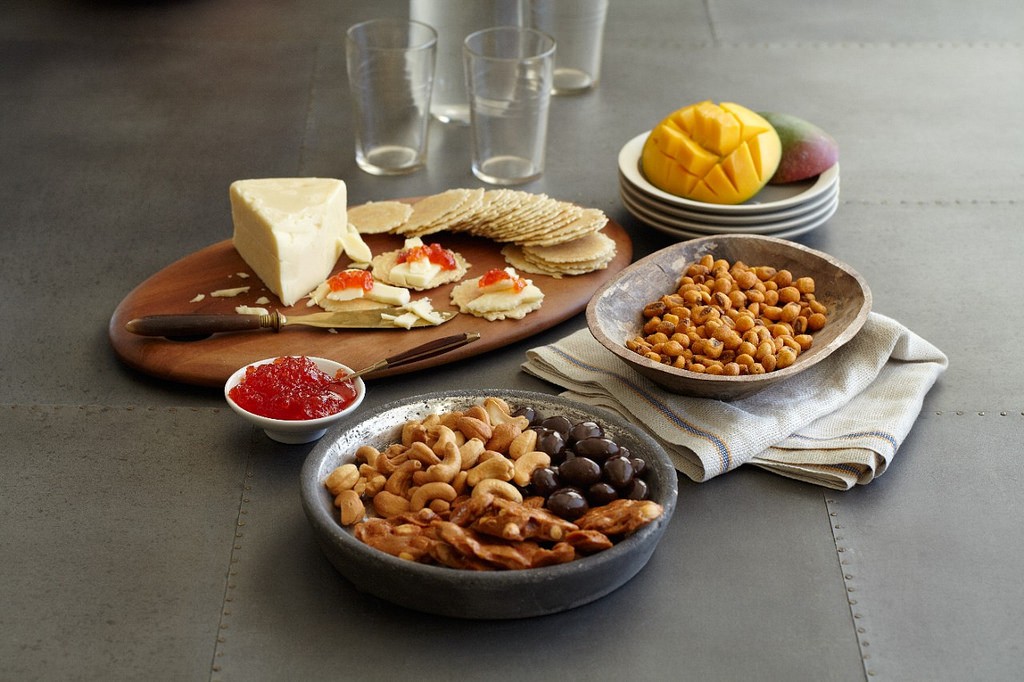 The two most common items on the Christmas dessert menu is panettone and rabanadas. Panettone is an Italian sweet bread loaf cooked with pieces of dried fruits. They take over the Brazilian supermarket shelves from November and nearly every dinner table will have at least one or two. Traditionally they are made with fruit but variations that include chocolate are increasingly common. 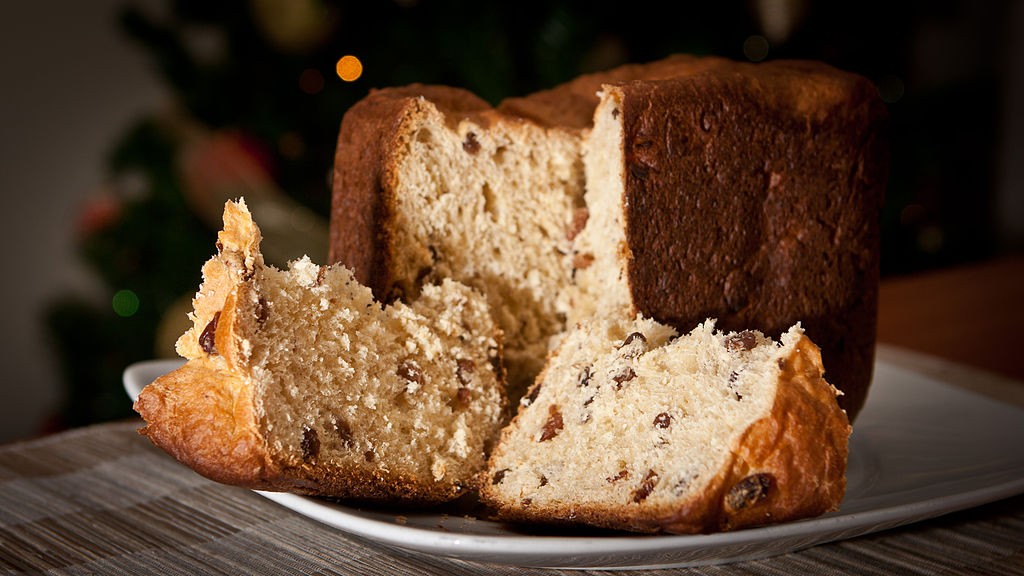 Rabanadas is what makes Christmas in Brazil. Although the name rabanada probably won’t be familiar, it’s known to English speakers as French toast. Originally from Portugal, it’s made from old bread dipped in milk and eggs that’s fried and sprinkled with generous amounts of sugar and cinnamon. In the south of Brazil, the German heritage has brought strudel to the cities which is filled with marzipan and dried fruits. Throughout all of Brazil, fresh fruits are common as a light and refreshing sweet such as guava, pineapple, cherries and mangoes, although the type of fruit will depend on the region and what grows best there. 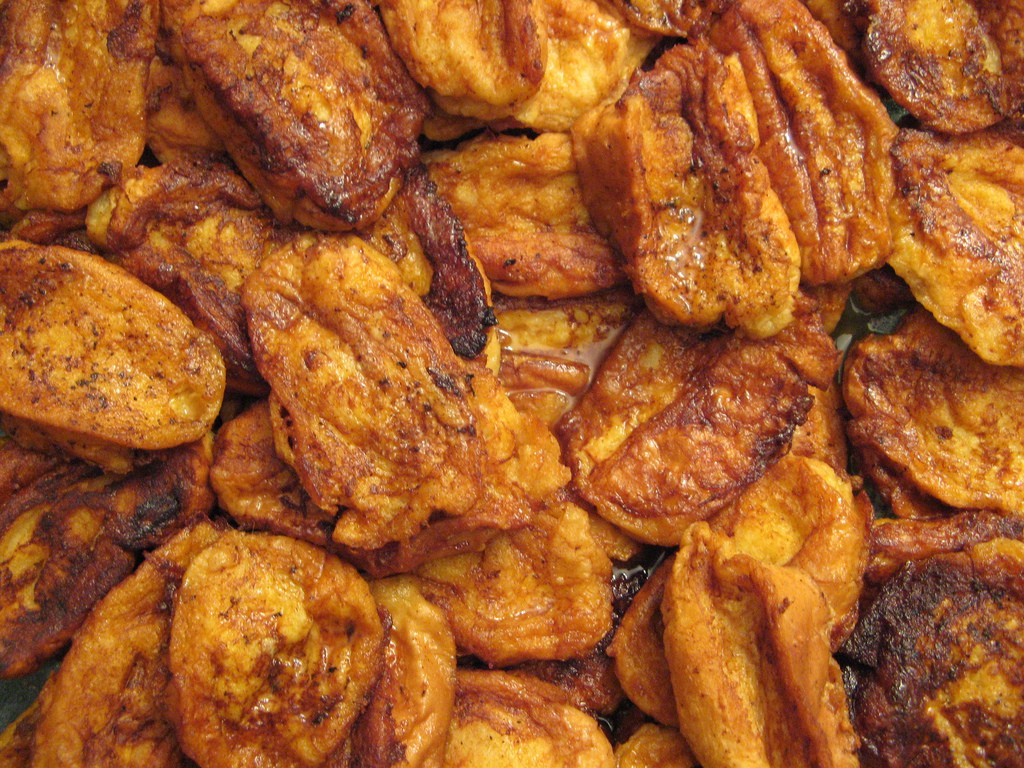 Christmas just wouldn’t be Christmas without a little festive cheer. Typically ice cold beer is a more refreshing option over mulled wine and port is often replaced by whisky. Intriguingly, caipirinhas aren’t a common festive beverage as they’re more often associated to days on the beach or nights out.