A Guide To Parque Lage, A Rio De Janeiro Must-Visit 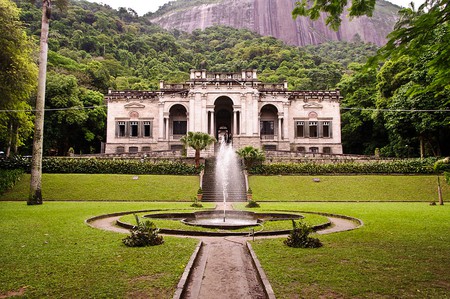 A former mansion turned art school and public park is tucked away at the foot of Corcovado, concealing the starting point of the challenging trail leading up to the iconic Christ the Redeemer. Yet considering that it’s featured in music videos of the likes of Snoop Dogg, Pharrell Williams and the Black-Eyed Peas, Parque Lage remains relatively off the beaten track and away from the tourist glare of other Rio landmarks.

Parque Lage is most famous for its way of making jaw-dropping first impressions with its architectural beauty. Yet the mansion itself is just one side of the overall package. It’s surrounded by a park where little paths wander vaguely through the exotic flora while the sounds of chattering birds and monkeys drift through the air. In the background stands the Christ the Redeemer, proudly overlooking the scene below. These elements combine to create one of the most unique and enchanting places in Rio. 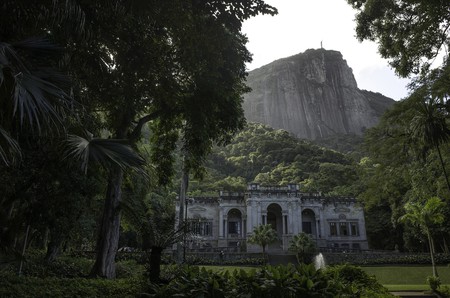 The mansion is the former residence of industrialist Enrique Lage and his wife, singer Gabriella Besanzoni, who lived within the tranquil and calm grounds of the Botanical Gardens. During the 1920s, the building was remodeled by Italian architect Mario Vodrel, who gave it its soft grey brickwork and mighty pillars, with the interior paintings finished by Salvador Payols Sabate.

Nowadays it is a public park with walking paths that lead through the surrounding forest, creating the sensation of having time traveled to a prehistoric era. The mansion is currently an art school known as Escola de Artes Visuais do Parque Lage, which presents free art exhibitions and the occasional party and performance. There is also a café inside that is nestled between the pillars, shielded by mini bushes and unfolding palms and next to the indoor decorative pool. The open roof merges the blue skies and the tall forest trees with the mansion’s delicate walls, creating the perfect spot to make the most of the free WiFi. 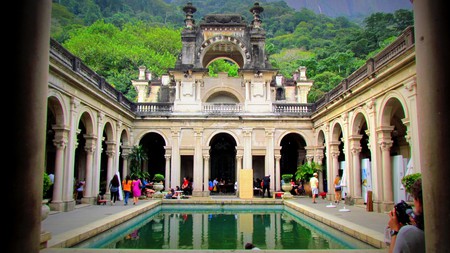 The inside of the stunning Parque Lage mansion | © Ana Carina Lauriano

Despite largely going unnoticed by tourists and being undeservedly out of the typical guide book, Parque Lage hasn’t gone unnoticed by world-famous stars. In 2003, Snoop Dogg and Pharrell Williams went to Rio de Janeiro to film their single, Beautiful and featured Parque Lage at the end of the video as part of a huge party with typical carnival-style steel drums. Later in 2005, the Black-Eyed Peas based their video entirely in Rio, with a scene of them performing to a dancing crowd within the iconic walls of Parque Lage.