A Guide To Celebrating Halloween In Rio De Janeiro

Lapa Irish Pub |© Courtesy of Lapa Irish Pub
Halloween in Brazil is still catching on and it’s perfectly possible for it to pass you by without even realizing it. The influence of American culture in Brazil is as strong as ever and the last few years have seen a popularity boost. The best place to celebrate Halloween is in a nightclub or bar in costume. Here, Culture Trip gives you some of this year’s best Halloween parties in Rio.

Bar, Gastropub, Pub, Pub Grub, Brazilian, Beer
Palaphita Gavea is, like the name suggests, in a neighborhood in the south zone of Rio called Gavea. This venue is partially indoors and outdoors and has a trendy feel with its lit up palms, wooden details and well-dressed crowd. This club is always one step ahead and wasn’t going to miss out on the chance for a Halloween party. On Friday, October 29th at 9 p.m., Palaphita will hold a Halloween party with fancy dress and Halloween music (think Thriller by Michael Jackson). There will also be an open bar and plenty of spooky decorations.
Looks like it's closed Hours or services may be impacted due to Covid-19
More Info
Open In Google Maps
1314 Avenida Bartolomeu Mitre, Gávea Rio de Janeiro, 22470-051, Brazil
Visit website

Casa da Matriz is in Botafogo, also in the south zone of Rio. This club is well known for its preference of rock and indie music, providing for a growing niche that loves both genres. With rock in its roots, the atmosphere is less formal and more grounded, with jeans and trainers just as accepted as a dressed up outfit. This year, Casa da Matriz will hold a fancy-dress Halloween party with a prize (a bottle of Grey Goose vodka) going to the best outfit. There will also be promotions on drinks, jelly vodka shots distributed randomly and plenty of rock, indie and pop. The party will be on Friday, October 21st at 11 p.m.

Teatro Odisseia is in the main party hub of Lapa surrounded by bars and other clubs, making it a perfect choice to go to after pre-drinks. On Friday, October 29th starting at 11 p.m., Teatro Odisseia will hold a Halloween party with those attending in fancy dress getting a discount at the door. Other attractions will include a game of battle of the beer, welcome shots and distribution of sweets throughout the night. There will also be a zombie makeup stand for those wanting to go all out on the scare-factor. 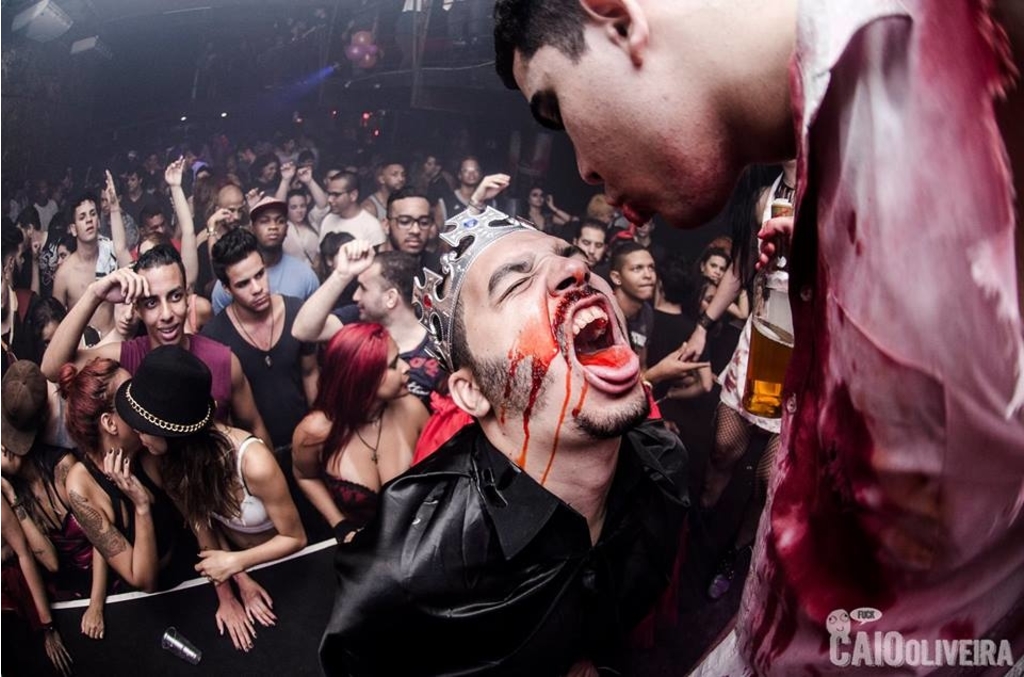 Alto Vidigal is a hostel turned club that is located right at the top of the favela Vidigal. It is widely popular among tourists, foreigners and Brazilians alike who go to meet new cultures, experience various types of popular music and to enjoy the sensational views across Ipanema and Leblon. On Saturday, November 5th starting at 10 p.m., there will be an Amor de Verão party (Love of Summer) that will host a special Halloween edition. Fancy dress is not obligatory but it is recommended to come in wearing at least red or black clothes to keep up with the spooky spirit. There will also be a battle between DJs to see what the audience prefers — funk or hip hop?

Lapa Irish Pub is well-known for its rock and metal nights, breaking the mold from the regular samba beats throughout Lapa. The inside of the pub is a traditional set up with dark green and salmon colored interior, beer on tap and pub tables and stools. On Saturday, October 22nd at 9 p.m., the pub will hold a Halloween-meets-Ireland event called Hallowgreen. Fancy dress is heartily encouraged in keeping with the lively spirit of the event. The band Banda Tailten will be playing live that night, performing traditional Irish music. 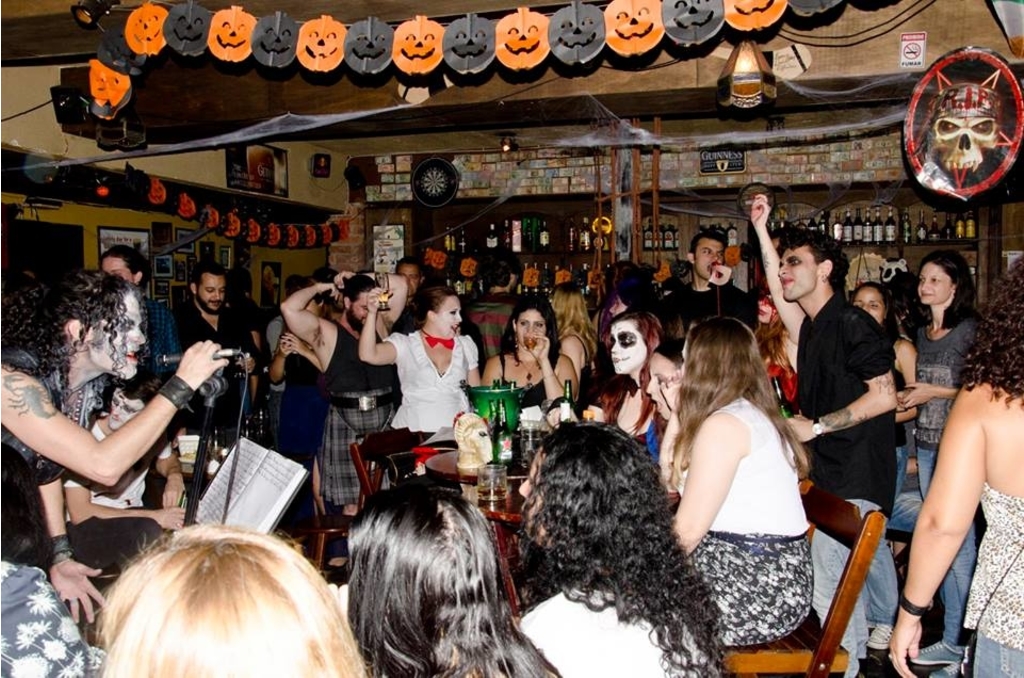