A Cultural Guide to Olinda: Contemporary Art and Carnival in Brazil 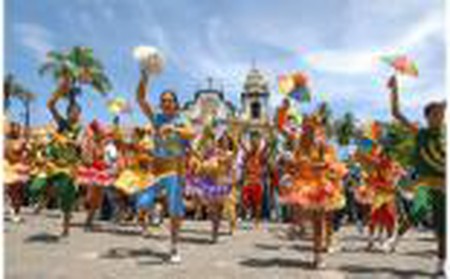 Olinda is one of the best-kept secrets in Brazil. Located just north of Recife in the Northeast of the country, Olinda is a living monument to Brazilian colonial history, showcasing 17th century architecture, the city center is a Unesco World Heritage site. If that isn’t enough of a draw, Olinda boasts an impressive 71 art galleries, where visitors can appreciate Brazil’s best contemporary art. Read our guide to enjoying the art, culture and cuisine in Olinda. 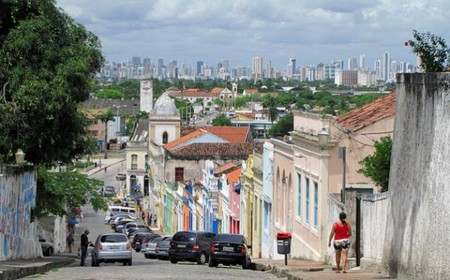 Settlements in the area occupied today by the city date to thousands of years before European colonization, specifically by the Caeté and Tupinambá tribes. In 1535, Portuguese explorer Duarte Coelho Pereira founded the city, setting the tone for its old colonial vibe. During the 1600s, as the Portuguese empire lost several of its African and American territories to other European powers, the northeast of Brazil was conquered by the Dutch, who established a degree of cultural influence before being expelled again by Portuguese. Originally the state capital, Olinda lost that status to Recife after the return of the Portuguese but over the centuries it has become a cultural and historical symbol of Pernambuco and Brazil. Nowadays the city is a suburb of Recife, but over past decades the community of artists that chose to settle in Olinda has brought the city a new life and reputation as an arts hotspot not only of the state but of the Northeast region of Brazil. 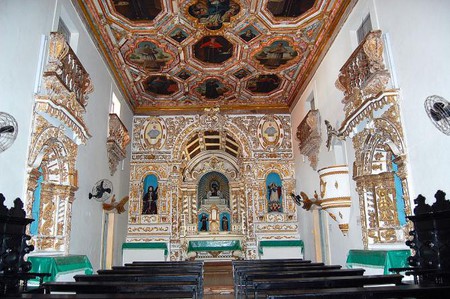 The troubled past of the city can be best seen in the local museums, such as the Museu Regional de Olinda, housed in a 16th century residence, where visitors can learn more about the colonial past of the city; or the Museu de Arte Contemporânea de Pernambuco, with its impressive collection of Brazilian artists such as Cândido Portinari, Djanira or Burle Marx. A slightly different but not less interesting museum is the Mamulengo Museum, entirely dedicated to the mamulengos, handcrafted dolls that represent folk heroes, saints and political figures dear to the people of Pernambuco. Another must-see is the Museu de Arte Sacra, which houses a testimonial of colonial religious art, documenting the role of Catholicism in local artistic production. 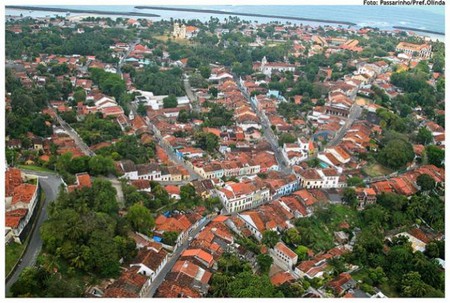 Of course, no trip to Olinda would be complete without visiting its magnificent churches, starting with the São Bento basilica and Benedictine monastery in the heart of the Old Town, a perfect example of colonial baroque architecture and art, inaugurated in 1586. In a similar vein is the Convento de São Francisco, a complex of churches, chapels and residential quarters belonging to Franciscan monks, the first of that order to have been established in Brazil, in 1585. Although less imposing than the the São Bento complex, the worked ceilings, decorated tiles and frescos of São Francisco are well worth a visit.

Olinda is studded with beautiful churches and chapels, but one of the smaller ones that any traveler must visit is the Igreja de São Salvador do Mundo, better known as Igreja da Sé, atop the Alto da Sé hill. More discreet and stark than São Bento and São Francisco, its strong point is the view from its courtyard over Olinda and its beaches, stretching all the way to Recife’s skyscrapers and skyline.

Asides from the museums and churches, the art galleries that dot the streets are an excellent way to get in touch with the contemporary culture of Pernambuco. One such example is the Ecatú Atelier, a hub that brings together musicians filmmakers and visual artists to collaborate in joint projects. If you’re in for something more traditional, head to Galeria de Arte e Artesanato São Salvador where you will find local handcrafts and native art. Most of the galleries, however, are personal ateliers run by the artists themselves, displaying their art and engaging directly with visitors. Tereza Costa Rêgo’s workshop is one such place, where you can appreciate Rêgo’s paintings mixing Native Brazilian motifs with modern techniques. Rua Amparo is the central street where most of these ateliers can be found, although be warned — the stroll may take hours. 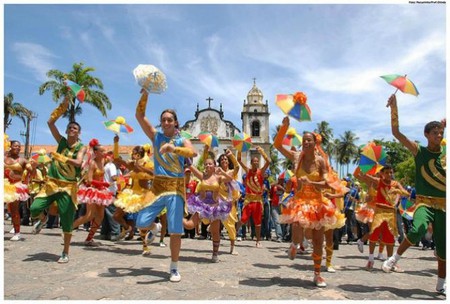 In the early evenings, a must-see is the Bodega de Véio, an old-school bar right the in the center of Olinda which is the ultimate meeting point for locals. Have a glass of cachaça and try its delicious codfish cakes, taking in its whimsical decoration evoking the 1930s, perhaps even chatting to Edival Hermínio, owner and legendary publican of the city. For dinner and live music, nothing beats A Fábrica Bar, where you can hear the local sounds of frevo, maracatu and forró, traditional music genres and dance styles of Pernambuco. As the evening progresses, it becomes hard to leave A Fábrica, where you can dance the night away until the wee small hours of the morning. Alternatively, Olinda’s samba schools, meaning groups or associations, welcome visitors in most of their events. One of the most popular is GRES Preto Velho, which holds its weekly samba event on Sunday evenings.

One of the events that has made Olinda most famous is its traditional Carnival. Unlike its more famous counterparts in Salvador and Rio de Janeiro, it is an absolutely free event that takes place in the streets of the city during February. The entire city becomes an open-air celebration, but what makes the Olinda carnival special is perhaps its fidelity to the religious beliefs and folk traditions surrounding the traditional festival. Large figurines representing spirits and saints, the mamulengos, are paraded around town while revelers dance and celebrate the time of the year when everyday worries are suspended, even if briefly. At midnight on the first day of Carnival, the Homem da Meia Noite, a 10-foot tall doll associated with a candomblé spirit is taken to the streets, signaling the beginning of the festival with its multitude of parades, side parties and group dances.