The 10 Most Beautiful Buildings In São Paulo, Brazil 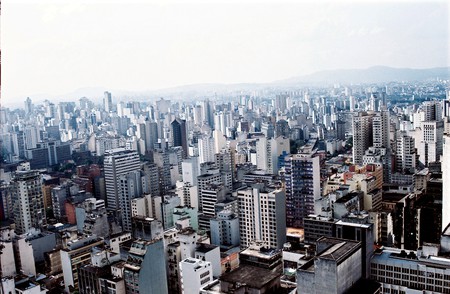 São Paulo is the largest and most populous city of Brazil, housing more than 11 million people within its 96 districts. The city’s crowded streets, jammed avenues and delicious restaurants reveal a city difficult to classify, with multiple, and often paradoxical, facets. This top 10 list of São Paulo’s architecture will allow you to explore some of the most emblematic buildings of the city, ranging in style and period. 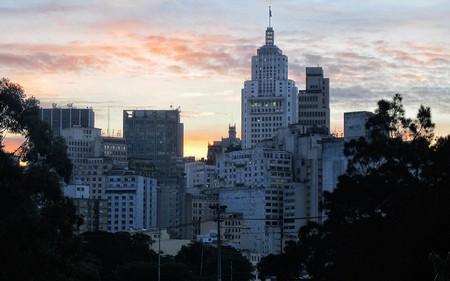 São Paulo’s architecture showcases the diversity of a city made up of unusual juxtapositions. Many of the city’s boroughs reveal different stages of São Paulo’s development; a mixture of modernist architecture, popular and horizontal housing and mirrored skyscrapers. The particularities of these structures distinguish them from the architecture found in other parts of the world, whether because of their history, their social function or their architectonic solutions. 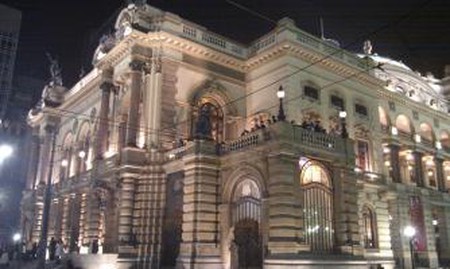 Inaugurated in 1911, the Municipal Theater of São Paulo is one of the most beloved classical music theaters of the city. It was designed by Italians Claudio and Domiziano Rossi, and is inspired by l’Opéra de Paris of Charles Garnier. Although its roots lay in European tradition, ornaments inspired by Brazilian nature can be found in its interiors. The theater’s history is filled with curious details; because of financial difficulties the city had to wait more than ten years for its completion, leaving City Hall nearly bankrupt in the process. In 1922, the theater hosted the Week of Modern Art, a festival that became significant for introducing important cultural figures to society, such as Heitor Villa-Lobos, Mário de Andrade, Oswald de Andrade and artists Di Cavalccanti, Victor Brecheret and Anita Malfatti, among others. 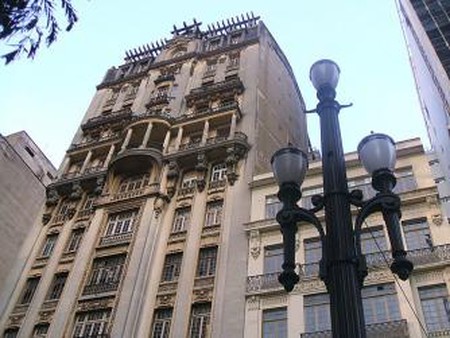 Until the first decades of the twentieth century, São Paulo’s legislation had very rigid policies; all buildings had to be constructed with the same height. This regulation clearly limited the vertical growth of the city, delaying São Paulo’s much desired progress. Inaugurated in 1926 and designed by architect Christiano Stockler das Neves, Sampaio Moreira was the first building to break with that horizontal pattern. To have its construction approved, the architect quarreled for years with the Construction Department of the City Hall, which finally created a special law for the Sampaio Moreira. The building still retains many of its original features – the panel with its golden letters in the hall, the marble flooring and staircases, and Graham Brothers elevators. Today, it is curious to observe how the Sampaio Moreira still survives among imposing, mirrored buildings three times its height. Yet, to the careful observer, the grandfather of São Paulo’s skyscrapers is a real gift from the past, which still houses one of the most charming mini markets remaining from the 1930s. 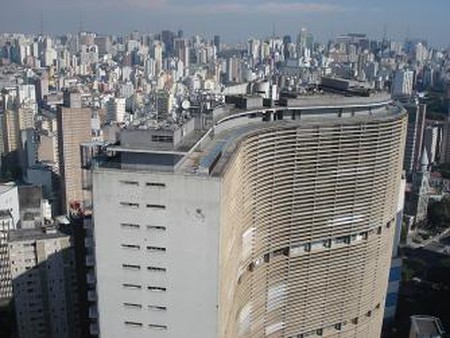 Copan is probably one of the most emblematic buildings of São Paulo. Architect Oscar Niemeyer became internationally recognized for his creative use of Modernism and his architecture’s audacious forms. The sinuous shape of Copan is without doubt a symbol of Brazilian Modernist Architecture, and a trademark of Niemeyer’s designs. The S of the Copan is said to make an allusion to sensuality, or to forms found in nature, such as the curves of a dune or a wave. Copan is not just remarkable for its form; after its construction in 1966, the City Hall gave it a special zip code. Today, Copan is a source of urban legend, preserving a fascination that includes ghost tales, the stirring diversity of its population, its trendy restaurants on the ground floor, and the charm of a visit to its rooftop on a warm sunny day. 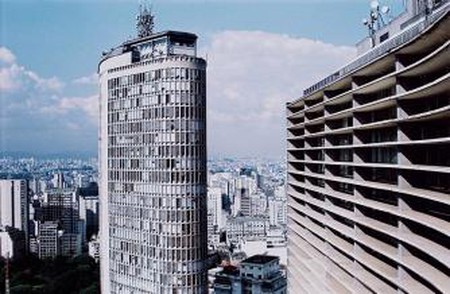 Edifício Itália is one of the most famous modern skyscrapers of São Paulo. Circolo Italiano San Paolo, a prestigious Italian-Brazilian organisation, commissioned the building through a public contest in 1953. The idea was bold; they wanted to erect the highest skyscraper, if not in the world, in Latin America. German-born architect Franz Heep won the contest with an elliptical construction for a 165 meter tower. For Edifício Itália, Heep designed a rounded floor plan divided into three main sections with 46 floors, served by 14 elevators. He used brises-soleil, permanent sunshades, on the façade of the skyscraper. The tower was completed in 1965, and for a few years it remained the highest structure ever built in concrete. Today Edifício Itália is famous for the elegant restaurant on its rooftop, with boasts a view that is simply unforgettable. 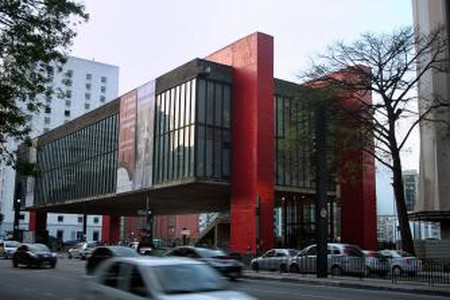 Inaugurated in 1968, Masp is another symbol of Modernist Architecture in São Paulo. Founded in 1947 by entrepreneur Assis Chateaubriand and Pietro Maria Bardi, Italian critic and journalist, the institution was meant to house Chateaubriand’s art collection. Years later, money was donated for the construction of their museum on the most important avenue of the city, Avenida Paulista. The job was given to the Italian architect Lina Bo Bardi, Pietro’s wife. In order to preserve the beautiful view while not relinquishing too much space, she proposed a solution that was simple in theory yet challenging in practice. She designed two inverted beams to support the whole building, making Masp the largest suspended structure of Latin America. Bo Bardi’s architecture has since become world renowned. 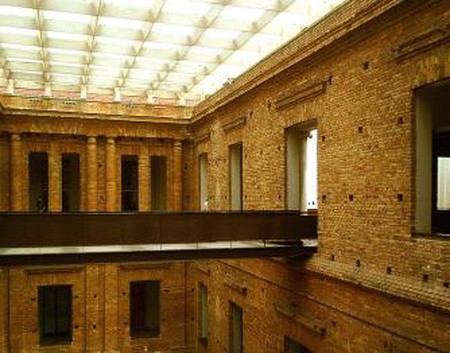 The Pinacoteca do Estado houses one of the most important Brazilian public art museums, with a collection that spans the nineteenth century through to contemporary art. Constructed by Ramos de Azevedo in 1900, for many years it was home to the Lyceum of Arts and Crafts. A restoration project, spearheaded by architect Paulo Mendes da Rocha, was undertaken in 1990 to bring contemporary improvements to this neoclassical building. Mendes da Rocha miraculously revived the architecture without altering its style. The architect sealed specific windows, so that the artworks could be protected from direct exposure to sunlight, and at the core of the building designed elevated walkways and an elevator to connect the various art galleries. The central hall also receives a generous amount of natural, indirect light that gently illuminates brick walls, kept unpainted on purpose. Pinacoteca opened in 1998, offering some of the best art exhibitions in the city. 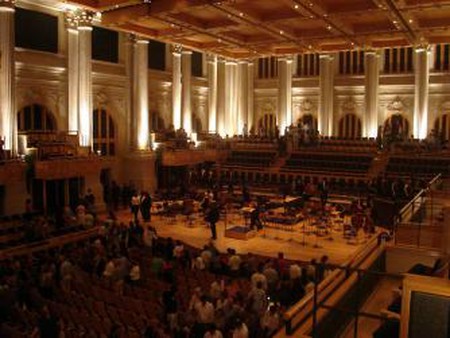 Sala São Paulo was created to house the São Paulo State Symphonic Orchestra. The building, located in the district of Luz, is an example of neoclassical architecture from 1938, and was originally constructed as a train station hall. In 2000, a partnership with Viva o Centro, a non-profit organisation, and a group of international architects sealed the final restoration project, which added mezzanines, elevated walkways and 1498 seats to the building. High-end acoustic technologies were applied to neutralize noise and vibrations caused by the train station, which remains adjacent to the concert hall. 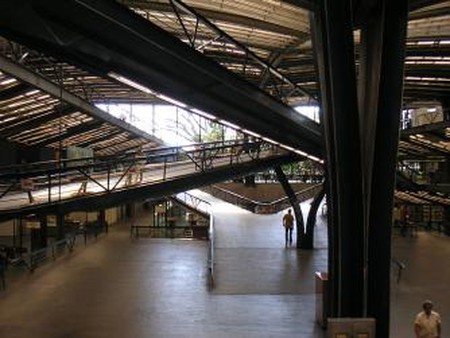 This multi-layered steel and concrete building was designed by the architects Eurico Lopes and Luiz Telles, inspired by the structure of the Centre Georges Pompidou in Paris. The project was groundbreaking in Brazil because of its structural innovations. The building was designed to fit a large lot next to Avenida 23 de Maio, which connects the North and South areas of São Paulo. The terrain was extremely sloped, but the architects wanted the building to follow its form, and to connect with the subway station. For this reason ramps in a central span connect the different levels, each serving a separate purpose. The CCSP receives over 70,000 people a month who use its cinemas, theaters, concert rooms, galleries, lecture halls, studios and large public library. 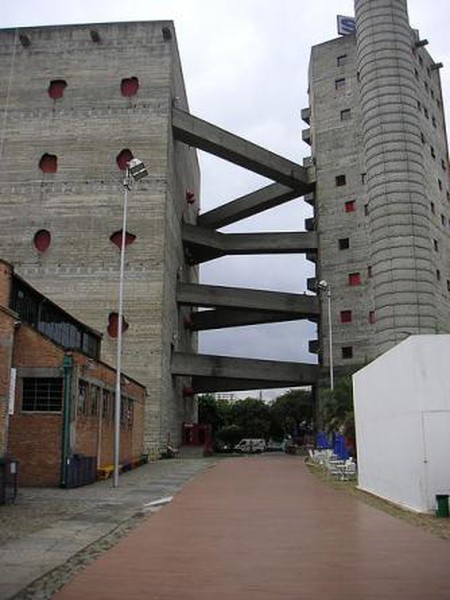 Sesc Pompéia, built in 1982, is another example of Lina Bo Bardi’s exceptionally creative approach to architecture. Bo Bardi adapted a large industrial factory, convincing entrepreneurs to maintain the original foundations instead of demolishing them. The compound is a cultural center that combines theaters, a pool, workshop and exhibition spaces, restaurants, a gymnasium, bars and a concert hall. Bo Bardi added two concrete towers to the factory’s sheds, vertical elements that empowered the space, creating a visual landmark for its surroundings. The towers are marked with organic, round shaped openings, humorously referred to as ‘cave mouths.’ Bo Bardi added red painted steel panels to these openings, creating a contrast with the gray concrete. She also designed concrete bridges to connect the towers, which give the establishment the look of a metropolitan Babylon. Bo Bardi was able to create a space for democratic interaction, honest yet powerful, that encourages culture in its most spontaneous forms. 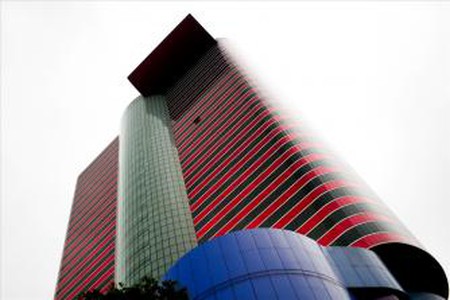 The Instituto Tomie Ohtake combines art and architecture with extravagance and creativity. Determined to bring the new trends of contemporary art to São Paulo, the institute has become an architectural reference in the last ten years. Tomie Ohtake, a famous artist residing in Brazil, came from Japan to São Paulo in 1936, and gained recognition for her use of abstract forms in paintings. Inaugurated in 2001 and designed by Mrs. Ohtake’s son, the architect Ruy Ohtake, the Institute is a cultural complex composed of an art museum, two towers, a theater and a convention center. As one of the most important Brazilian contemporary architects, Ohtake has designed other remarkable buildings in São Paulo, such as the Unique and Renaissance hotels and the Berrini 500 building. His signature is the use of striking colors, curves and exuberant forms, which pay homage to the abstract, vibrant paintings his mother created.