Often referred to as São Paulo’s answer to New York’s Times Square, Paulista Avenue represents the modern center of Brazil’s biggest city. The 1.7-mile (2.7-kilometer) thoroughfare links the southern neighborhoods of Vila Mariana and Paraíso to the old center and the city’s west zone, meaning almost every visitor to São Paulo will spend at least some time on Paulista. However, it wasn’t always the city’s most important street, and its 125-year history is the story of how São Paulo became the thriving megacity it is today.

A city built on sugar and coffee

In the 19th century, São Paulo was beginning to grow. Founded in 1554, it had spent hundreds of years as a poor and largely provincial town, its only purpose being as a rest stop for explorers on their way to the interior of the state, where they would look for gold, silver, and native slaves.

São Paulo’s first growth spurt came with the expansion of the sugarcane industry in the 18th century. Plantations were set up all over the state, and sugar was exported from the port city of Santos. As it happened, the only road to Santos began in São Paulo, which caused the once simple town to grow into a fully fledged city.

When Southeast Brazil’s attention moved from sugarcane to coffee, São Paulo exploded. By the 1840s, Brazil was the world’s largest producer of coffee, with 40% of the world’s production concentrated in São Paulo, Rio de Janeiro, and Minas Gerais alone. As a vast majority of exports once again went through Santos, São Paulo became one of the country’s most important cities. 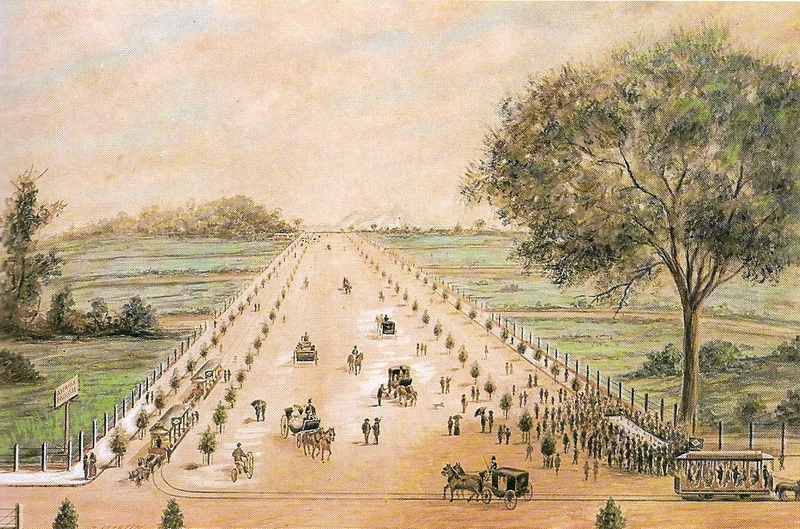 In the 1890s, São Paulo’s coffee barons looked to expand the city center. Fed up with living in the cramped, busy and overly expensive hubs of Campos Elíseos and República, Uruguayan engineer Joaquim Eugênio de Lima was commissioned to build a vast residential street on the highest part of the city, known as the “Ridge of São Paulo.” This new road was dedicated to the local population, gaining the name Avenida Paulista (or Paulista Avenue, paulista being the demonym for people from the State of São Paulo).

Inaugurated in 1891, Paulista Avenue soon began to fill up with eclectic, medium-sized mansions, some of which still stand today, such as the Franco de Melo family residence at number 1919, or the Rodrigues Alves state school, designed by renowned Brazilian architect Ramos de Azevedo.

After the collapse of the coffee industry and the Second World War, Brazil as a whole was forced to undergo some drastic changes. São Paulo became more industrialized and urbanized. On Paulista Avenue, mansions were knocked down to make way for large apartment buildings and office complexes. What was once a fairly low-rise residential avenue quickly became a bustling, vertical hub of industry.

Most of Paulista Avenue’s most famous landmarks were built during this period. First came the Conjunto Nacional, one of the city’s first modern multi-use buildings, designed by architect David Libeskind in the 1950s. Upon completion, the complex was opened to the public, while also housing apartments, offices and a shopping center, as well as the largest bookshop in Latin America, Livraria Cultura. 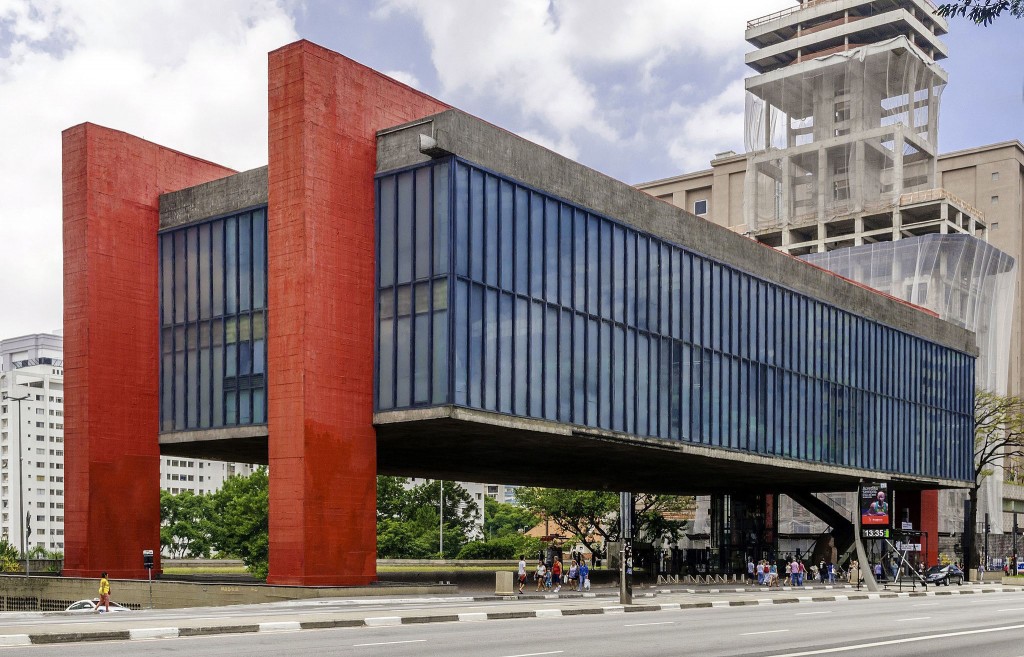 Soon after, Italian-Brazilian architect Lina Bo Bardi built the São Paulo Museum of Art, commonly known as MASP, right in the center of Paulista Avenue. The spectacular building is one of the best available examples of brutalist Brazilian architecture available and remains the most iconic landmark of the city. The museum is suspended above the ground by four pillars, giving the impression that it is hovering above Paulista Avenue, and leaving a vast, open space underneath it.

Being the Ridge of São Paulo, Paulista Avenue was the ideal location for the city’s radio and television broadcasters. Soon after the inauguration of MASP, radio station Gazeta built their new headquarters but a few blocks away, topped off with the imposing Cásper Líbero TV tower, an antenna shaped like the Eiffel Tower that is visible from all around the city.

In the 1980s and ’90s, Paulista Avenue cemented its place as the new center of São Paulo, with major banks such as Safra and Citibank building their headquarters there, as well as the opening of a new line of the São Paulo metro system, running directly underneath the avenue itself. As the old center began to decay, Paulista Avenue became the most important street in a city of 10 million inhabitants.

Paulista Avenue for the Paulistas

Though Paulista Avenue had long grown to become a hub of commerce and business, the most important recent developments have all kept the population in mind. Massive public events began to take place on Paulista Avenue, such as the huge New Year’s Eve celebrations and the annual LGBT Pride Parade, the largest of its kind in the world. 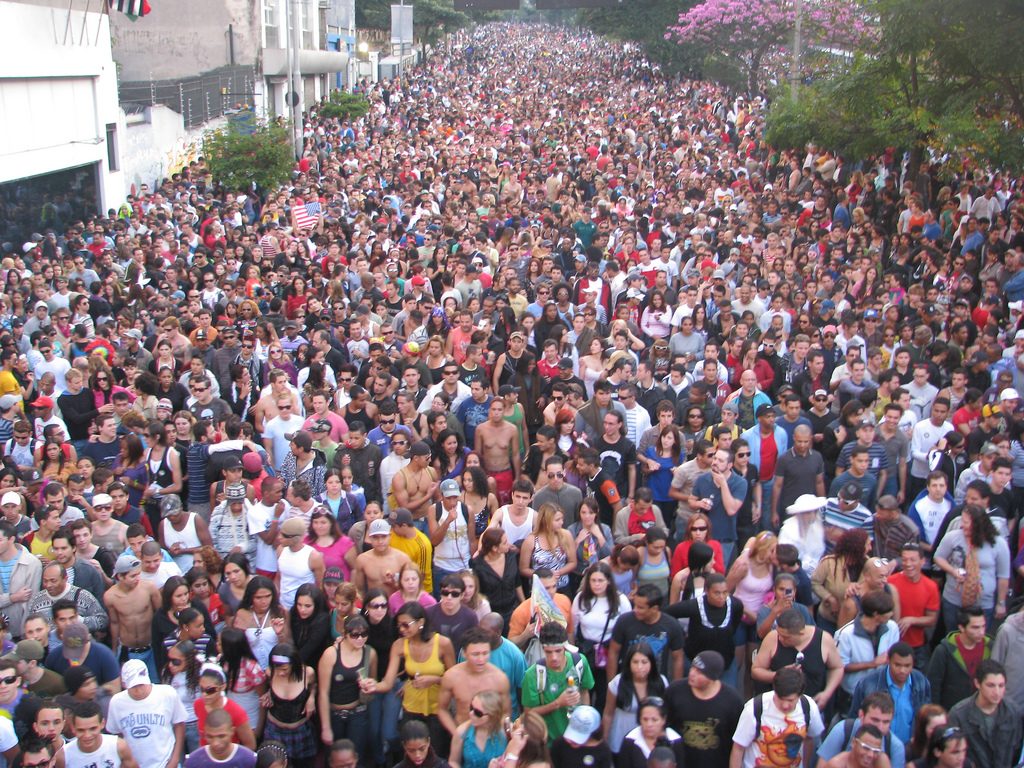 Paulista Avenue became even more open to the public during the mayorship of Fernando Haddad (2013–2016). A large cycle lane was implemented along the entire length of the avenue in 2015, and the following year it was announced that the road would close to traffic on Sunday afternoons.

As a result, joggers, cyclists, families walking their dogs and a wide array of spontaneous artistic displays and musical acts fill Paulista Avenue on Sundays. The initiative has been such a success that the Parisian municipal government copied the idea, closing the iconic Champs-Élysées once a month to traffic.