8 Unique Experiences to Have in Salvador 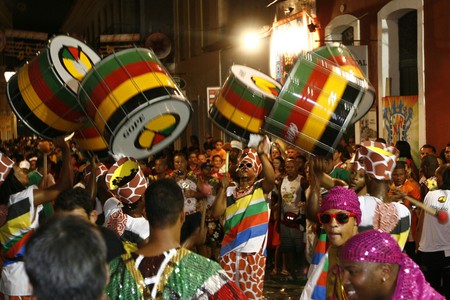 Salvador is an exceptional city with a history and an energy like few others. You can forget ticking off the standard sightseeing boxes here. Bahia’s capital is geared towards taking you places you have never been before or doing things you didn’t even know existed. With our top tips you can go in search of some once-in-a-lifetime experiences.

Carnival in Salvador is off the chain. The six days of celebrations, usually in February, take over the streets, engulfing the city with revellers and music, parades and performers. You can either walk behind the blocos or take up a position on the side lines or in front of a stage. However you choose to do it, carnival here is not for the faint-hearted but the sheer joy, non-stop beats and excitement in the air make it one of the best things to get involved with on this planet. 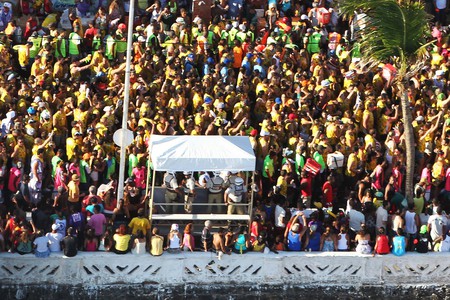 Salvador’s old city dates back to the 1500s when Portuguese settlers arrived on Brazil’s shores. They built a grand and beautiful network of streets and impressive buildings that still stand today. With them they also brought millions of slaves from Africa who were sold to work on plantations and whose brute strength built the Pelourinho. The name means “whipping post” and the sight were slaves were punished still exists. As you wander the cobbled streets, take stock and begin to get to grips with Salvador’s difficult history. 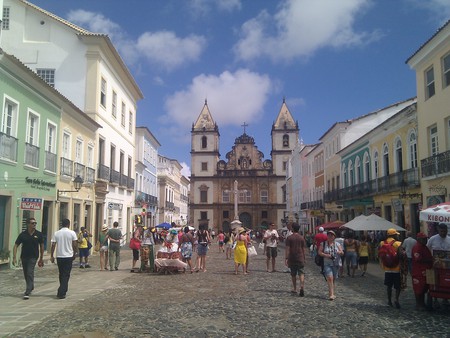 Multi-coloured ribbons adorn railings and wrists all over Salvador. Each colour denotes a different god from the Candomblé religion, a faith that originally came from Africa. You can buy a handful of fitas for just a few reais. Tie them outside churches in the Pelourinho or at the Church of Nosso Senhor do Bonfim, or ask a friend to put one around your wrist. As you make a wish, it needs to be secured by someone else with three knots. When the band falls off your wish will come true. 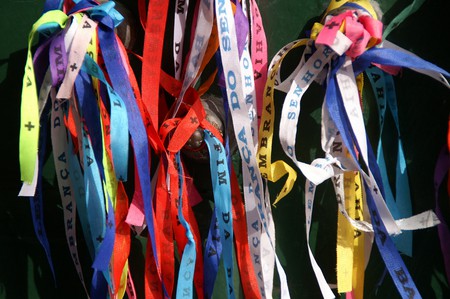 Ferries regularly cross the Baia de Todos os Santos, the biggest bay in Brazil. It is edged by the city, river inlets and tropical vegetation with various islands in its waters. Taking the ferry across is the quickest way to get to the southern side, where the sleepy surf towns of Itacaré, Barra Grande and many more await. Imagine the Portuguese arriving centuries ago and watch the boats criss-cross through the water. What’s more, the world and his wife ride the public ferry making for great people watching and a usually merry atmosphere. 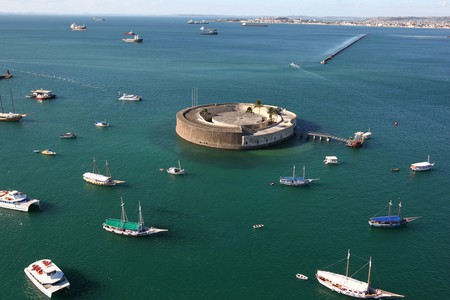 Bountiful Bahia has huge crops of coconuts and tropical fruits that, along with flavours and techniques from Africa, make the cuisine here deliciously unusual. In the garden of Paraíso Tropical Chef Beto tinkers with the local classics, exchanging dendê oil for fruit pulp and using coconut water, leaves and flowers to flavour his huge dishes. Start with the crab, then share his eponymous moqueca paired with a slushy fruit rosca to enjoy some truly Bahian cooking.

A post shared by Chef Beto Pimentel (@restauranteparaisotropical) on Jun 14, 2017 at 6:54pm PDT

Nosso Senhor do Bonfim is a large church on a hill that is home to a combination of the Catholic and Candomblé religions. It is worth a visit to see the room where people leave offerings of thanks. There are wax limbs and dolls hanging from the ceiling and photographs of people who have overcome illness, on the walls. In January every year the Festa do Bonfim pulls a huge crowd as worshipers parade through Salvador and up to the church before washing its steps, singing and chanting as they go. 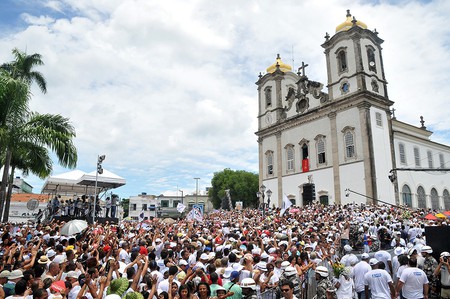 Get swept up by dance

The nightly performances of dance, capoeira and samba at the Balé Folclórico in a small theatre in the Pelourinho are completely mesmerising. Not only are they incredible feats of strength and balance and movement, but they cleverly interweave mythical stories and folklore. It will give you a greater understanding of Bahia’s history and culture as well as an impressive show.

Salvador’s position on the Bay of All Saints means that, unlike most of the country, it gets a clear view of the sun setting in the west. On a clear afternoon, people descend on the beach and head to the lighthouse in Barra to sit and contemplate the day’s end. As the sun slips behind the horizon the crowd claps before dispersing and spreading out into the warm evening.