8 Snacks You Need to Try in Brazil 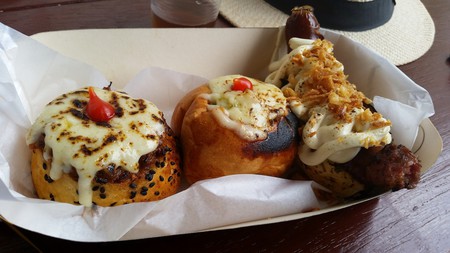 Nearly any local in Brazil can talk lovingly about their country’s food. After visiting, you may find yourself in one of those conversations where you’re asked “did you try,” or told “you need to try,” followed by a proudly lauded Brazilian dish. And rightfully so—make sure to try these very Brazilian snacks so that when that discussion about this country’s food arises, you can confidently reply, “Been there, eaten that.”

A unique food very common in Bahia, acarajé is as delicious on the tastebuds as it’s messy to eat. It’s made from beans, which are soaked, peeled, and then mashed into a paste. This batter is then formed into a ball which is deep-fried in palm oil, making the outside crispy with the inside soft and fluffy. The golden balls are then cut open and filled with vatapá (a coconut and peanut spread), spicy sauce, a light salad, and sometimes shrimp upon request. 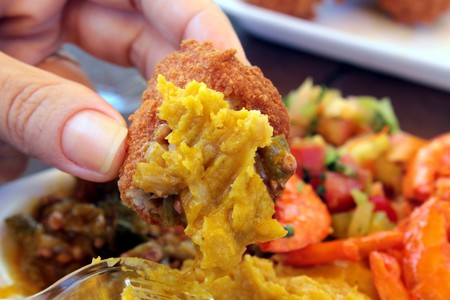 One of the most common treats (and a great way to pack in a lot of your daily fruit intake in one serving) is made from the antioxidant, dense little purple berry known as açaí la tijela, or simply açaí. The fruit is frozen and then blended into a Slurpee-like consistency and served in a bowl topped with granola and banana slices. Be careful: this dish is both brain-freeze territory and creates enormous cravings for more. 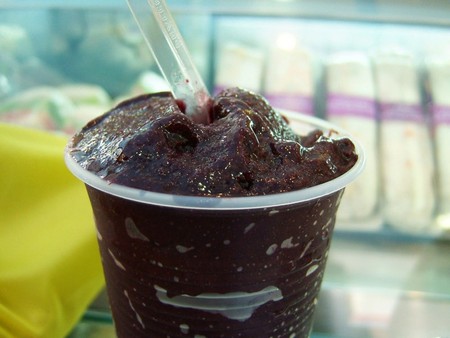 These brown, fried raindrop-shaped treats are tantalizing, especially when served right out of the frier. The compact snacks are great for when you’re on the go or when you simply need to dent your appetite. The outside is a mix of flour and baked potato, giving a lush, creamy, mashed potato-like texture, and inside you will often find shredded bits of spiced chicken for a good carb and protein balance. 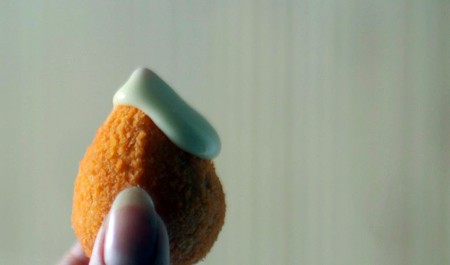 Next to the coxinha in the glass cases, you’ll most likely see a square fried pastry that looks almost like an edible wallet. This is simply known as a pastel, and while you can find them with sweet and savory fillings, the most traditionally Brazilian option is with catupiry. Pronounced as it is written, this is a very creamy cheese that is closer to a liquid than a solid and gives an amazing texture to the soft, crispy dough with a chewy chicken inside.

This snack of Middle Eastern origin has become an enormous favorite in Brazil, especially at coffee shops or as a quick bar bite to help soak up beer while watching the local football team play. Similar to a Spanish croquette, kibe (pronounced kee-bee) is made from a cracked wheat known as bulgur, often with ground beef and spices in the center, and is best when topped with a little bit of mayonnaise, ketchup, or pimenta hot sauce. 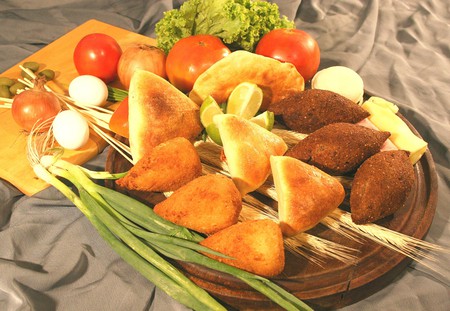 Similar to pasta, with its nearly addictive texture, pão de queijo will quickly become a staple of your day. The literal translation is “bread of cheese,” and the food is simply that. Baked in an oven, these little balls of heaven are crispy and golden on the outside and a perfect consistency of bread and chewy cheese on the inside, as if the two ingredients were born to be together. 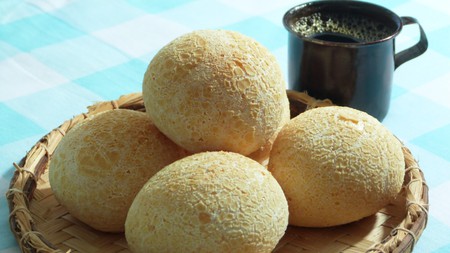 Tapioca is used in many cultures in various forms, from the sweet spheres at the bottom of your bubble tea to a base for puddings—but in this country, it’s used in the batter for a Brazilian take on crepes. In the same crepe-making process, the thick liquid is added to a sizzling pan and spread across the surface until it solidifies into a thin, soft, tortilla-style pancake which is then stuffed, at your request, with a range of sweet or savory fillings. 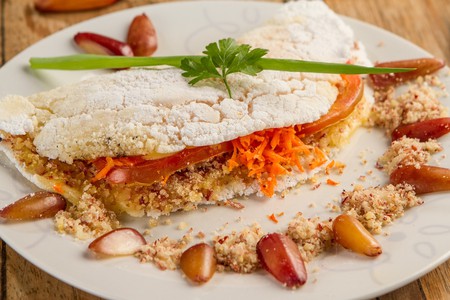 When you’re looking to round off a perfect meal and satisfy that craving for something sweet, this is where a brigadeiro comes in. Called a docinho, or a “little sweet,” it’s the sugary counterpart to a pao de queijo. These little bite-size balls of goodness are made of cocoa powder, butter, and condensed milk, which is heated until the batter develops a thick consistency, then cooled and rolled into little spheres and usually covered with sprinkles or coconut.