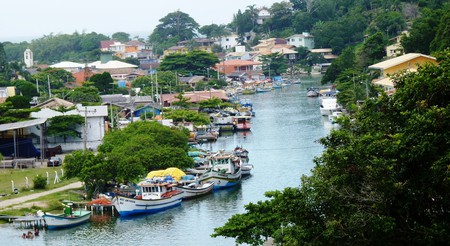 As you peruse a map of South America, there is no hiding the enormous size of Brazil, and even though it is a staggering 8.5 million square kilometers (3.3 million square miles) the enormous population of over 210 million people means that a lot of the land, especially on the coast, has been inhabited. Even the relatively small island of Santa Catarina, also known as Florianopolis after the island’s biggest city, harbours a number of unique towns and villages that are surprisingly different from each other. Rent a car, motorcycle, scooter, or use the functional public transportation to see as many of these intriguing towns as you possibly can. 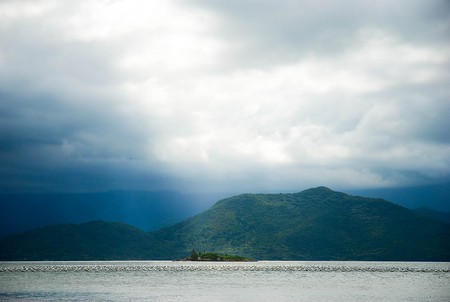 The Island of Magic doesn’t just have young people bronzing up on the beach. Floripa also has a historic corner, which is quite literally in the north west corner of the island. The town of Santo Antônio de Lisboa is a quaint, charming, elegant town that is on the hillside leading down to the water’s edge. Here, there is a line of restaurants that overlooks the water, and Florianopolis Centro in the distance, a perfect environment for a romantic evening. 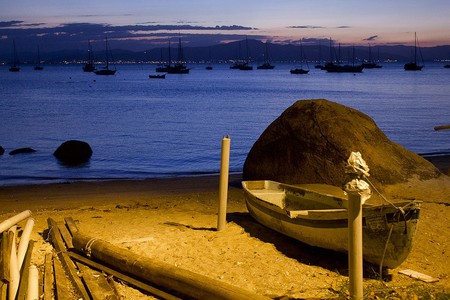 Despite being one of the most famous towns on the island, Lagoa (as it is simply referred to) is just a connection of a few streets that hug the stunning lake of the same name – but it’s the vibe and view that you come for. Flip-flops and board shorts are the daily dress code, and moving slow and enjoying life is the modus operandi in this relaxed part of the island. 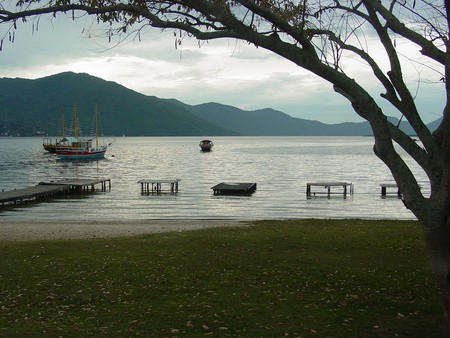 If you continue through Lagoa, you will come to a hump of concrete that spans the smallest gap of the lake, which will take you to Rendeiras. This is almost an extension of Lagoa but is also a completely different town as the whole avenue running a few kilometers along the water’s edge is lined with bars and restaurants. You can post up on the grass next to the lake to enjoy your dinner, or simply have a round of caipirinhas.

Head down to the southern tip of the island and you will find some of the best beaches around, but you will also come across the adorable town of Armação. The closest town to the famous Matadeiro Beach, this town is basically the main avenue which runs along the edge of the ocean up to the river that separates the town from Praia Matadeiro. A great place to take a coffee and wander the long strip of beach as you watch the rusty and rotten fishing boats bob lonesome in the bay. 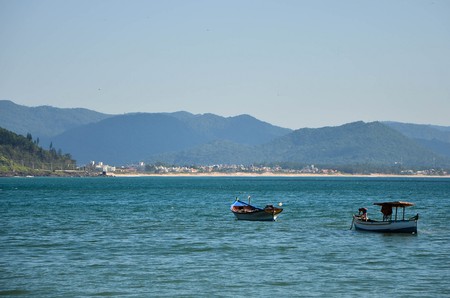 Visit two great little towns on Santa Catarina, get in touch with nature, and hit up one of the best beaches in the area. Do this all in one motion as you walk from Matadeiro Beach, through the trail to Lagoinha do Leste, and end in the sleepy town of Pantano do Sul. The southernmost town on the island is just over the cusp of being called a town as it exists simply because of the gorgeous beach on its doorstep. But what with the little bars and few shops, it is also one of the most relaxing spots on the island.

No doubt one of the most photographed towns on the island – and for good reason. The view of the river winding its way through the homes and the emptying into the ocean is a stunning sight. The town itself weaves its way alongside the river, and the main center is right on the ocean with great, affordable restaurants, bars, and cafes. The other option is to get something to go, and joining the chess playing locals under the bridge. 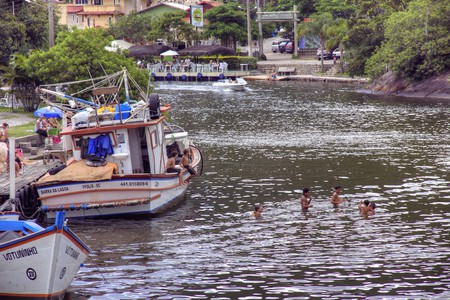 The most northern beach and one of the biggest towns on Florianopolis is, for whatever reason, one of the least visited by tourists. This can be to your advantage as it is big enough to have it all, including good restaurants, shopping and nightlife. Also, due to the fact that it is a little out of the way for Floripa standards, the beach is not as packed as others on the island.

It is the journey and not the destination when it comes to Costa da Lagoa, but the destination is pretty darn cool, too. A gorgeous – albeit an extremely humid – trek through the jungle, over streams, and under waterfalls leads you to the tiny row of stores, restaurants and homes known as Costa da Lagoa. Only accessible by this trail or water taxi, there are no cars, and only one path that connects everything, all revolving around the lake.