8 Facts to Know About Carnival Before You Go to Brazil 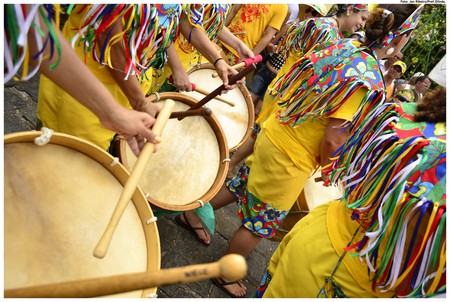 The world famous parties of Brazil’s Carnival are at the top of many travel lists, and for good reason. It’s the perfect opportunity to cut loose, enjoy summer festivities and learn to sing and dance a samba tune (or two). Before landing in Brazil, check out these important tips to be fully prepared for the party.

This celebration is unlike any other

With roots in the Roman Catholic custom of having a feast before the season of Lent, Carnival has evolved over centuries in Brazil to become a somewhat hedonistic party throughout the country. Many revelers around the world have one last party to indulge themselves before Ash Wednesday begins the 40-day season of Lent. The holiday has many names: Fat Tuesday, Mardi Gras, Pancake Day, Shrove Tuesday, and of course, Carnival, but it is derived from Latin’s carne vale meaning ‘goodbye to the meat’ (and other indulgences).

A samba school is a dance and music team composed of hundreds of performers, ranging in age, from the young to seasoned professionals. The schools are made up of individuals from various neighborhoods but the schools usually have a particular location, time and day reserved within the city to practice their performance, which consists of dancing and singing to a single samba song. The performances are held in the sambodromo, and are judged on their singing, dancing, costumes, parade floats and overall performance.

Sambodromo, the home of parade competitions

The Sambodromo, or Sambadrome, is an integral part of the Carnival tradition. It’s a stadium specifically made for samba schools to perform their song and dance. Unlike any other sports stadium, there’s no need for a playing field or goals, this is essentially a stadium for a parade, with an area to perform in the center (like a road) and seating on either side. The most famous sambodromo is in Rio, but there are stadiums located throughout the country to uphold this deep tradition.

The beats of a samba song will be everywhere in the cities throughout the Carnival season. So it’s best to brush up on the samba school’s specific songs, which are written especially for the occasion. While hearing this same song over and over may become wearing during one of the parades, just imagine the work involved for the samba school to keep up their positive attitude and performance mentality during the hour-long samba competition in the sambodromo! 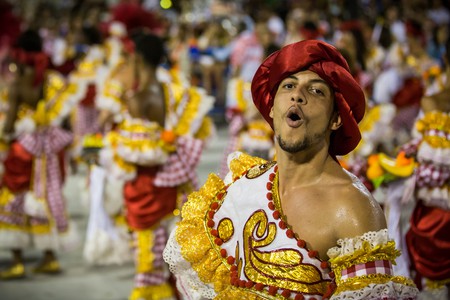 Blocos are the ultimate street parties

Blocos are the heart of the street parties during Carnival. These block parties are generally scheduled for a certain day and time during the week of Carnival. In addition to keeping bloco parties from colliding, this loose schedule also allows the city’s clean up crews to sweep through after the party is over. During the bloco there is a samba band playing, usually with loudspeakers from a truck, which attracts hundreds or even thousands of people to dance, parade and party. This street party is a time when rules are relaxed and there are plenty of drink vendors to keep the party going. The revelers often dress up in costume, with some blocos centering on a theme for the music and costumes.

Costumes are an essential element of Carnival. The bloco parties are the perfect time to cut loose and dress up as any character you like. Many Carnival goers plan different costumes for each day, but they aren’t the Venetian regale costumes you might see in Italy’s Carnival. This is Brazil, after all, so anything goes. From movie characters to classic Halloween costumes, you can become anything or anyone during Carnival. This is particularly true in Rio, where men sport anything from fairy wings and wigs to full Carmen Miranda costumes. 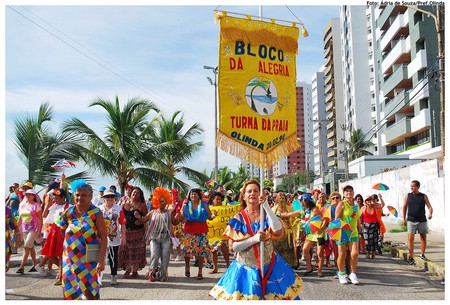 Although Carnival is generally a joyful time, full of parties and summer fun, there’s also personal safety to keep in mind. Carnival celebrations are city-wide parties that can often become chaotic, as is often the case with masses of people drinking heavily around the clock. That said, cellphones are the most common item stolen during these parties. If possible, leave phones at home, or, at least secure phones well, preferably in a pocket where it can be felt. This is also an important time to only carry what money you need for the day, that way if it is lost or stolen the damage is significantly reduced.

While many of the rules are relaxed during Carnival, there are still some basic guidelines to follow. Being respectful of others, always, and avoid brawls. Common sense, right? This extends to respecting the city you’re staying in. Apparently Carnival can be a time when party goers forget some of these basic courtesies and decide to use the public streets as a bathroom. So, the cities officially made urinating in the streets illegal in 2012. Plenty of people still break this law and will continue to do so, but celebrate with respect and make it a cleaner Carnival for everyone. 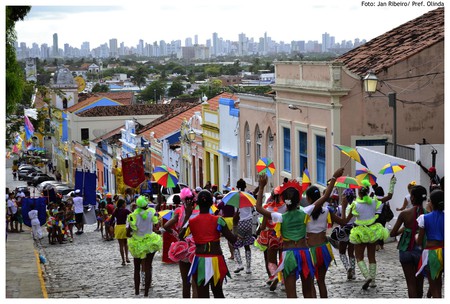