7 Wellness Retreats in Bahia You Need to Know 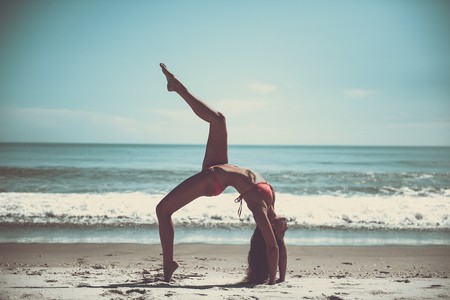 Bahia‘s soothing energy and sunny climate, along with its empty beaches and ancient forest, make it the ideal place to get your stretch on or your surf down. If you’re looking for some chill time, then a retreat in this part of Brazil might be just the thing for you.

Inkiri Piracanga is a sophisticated eco-village on the River Piracanga north of Itacaré. It runs retreats, courses and workshops throughout the year, offering guidance in mediation, and week-long retreats of surf, yoga and music, among other activities. The compound is made up of beautiful thatched buildings in a re-forested area on a near-empty beach. As it is off the grid, unconnected to the mains water supply and self-sufficient, guests go without their shampoos and lotions, hair-straighteners and flushing loo,s and embrace Inkiri’s ways and products.

The Bahia Surf Camp sits on Busca Vida beach 40km (25 miles) north of Bahia’s capital, Salvador. Having been running since 2004, it has all the experience and equipment to get you out and up on the waves, perfecting your yoga poses, learning to kite and much more. The set-up is uber-flexible so you can come for as long as you like and mix the activities you would like to do. Recent additions to the resort are a pilates studio and a skate bowl. Rad.

Ayahuasca is a strong and powerful tea that is widely used by indigenous people in the Amazon to reach a higher state of consciousness. Spirit Vine, a spiritual centre deep in the Mata Atlântica forest close to Itacaré, is a centre is dedicated to the tea-drinking ceremonies and the work and support that goes around it. Ceremonies are run regularly throughout the year. They last for eight or nine days and include daily yoga sessions, other workshops and an all-vegan diet.

A post shared by Spirit Vine Ayahuasca Retreats (@spiritvineretreats) on Apr 22, 2017 at 10:02am PDT

Manoah‘s seven-day retreat for yoga, meditation and healing practice, takes place among the thriving rainforest and gentle sea shore near Porto Seguro in the south of Bahia. The course also works with sound-healing and inspirational music under the instruction of Abria Joseph, a Vinyasa flow yoga instructor who is also a TEDX speaker and handpan musician. Riding, paddle-boarding, boating and other outdoor activities are also on offer to guests, as well as farm-to-table buffet meals.

Ingrid, Ixtaly, Jessica and Julia are a team who run Solar Yoga retreats in Ibiza, Argentina and in Brazil. As well as teaching different forms of yoga – Ashtanga, Hatha, Vinyasa flow and Yin Yoga – they also include art therapy and mediation into their courses. Guests are put up in Casa Natureza in Arraial d’Ajuda and have access and time to make the most of Bahia’s nature and beaches.

Casa Chama Trina is an alternative therapy centre outside Salvador that works with Ayahuasca. As part of the tea-drinking ceremonies the retreats also including drum journeys, healing circles, Shamanic card reading and spiritual orientation practice. The two leaders, Balthazar and Décio, have experience in Shamanic rituals and lead work around traditional archetypes – warrior, healer, teacher, visionary – as well as power animals. Accommodation and meals are included.

School
Facebook
Email
Twitter
Pinterest
Copy link
Share
Map View
Itacaré is one of the best places in Brazil to learn how to surf. The many beaches close to town give the best chance of good waves and the consistent weather is a bonus too. Easy Drop surf school offers a six-day beginners package that includes transfers, structured lessons with playback filming, equipment and lodging at Pousada Girassol in town. One week on the waves with them will set you on the road to surf stardom.
Give us feedback