7 Unusual Things to Do in São Paulo 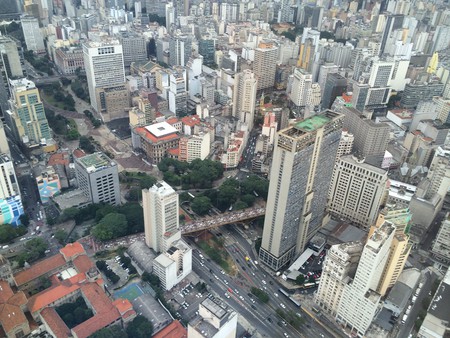 São Paulo has many great museums, restaurants and parks, but there are also other lesser-known attractions that offer visitors a chance to step off the beaten track. Here are seven unusual things to do in São Paulo if you are tired of the typical tourist attractions.

Buddhist Temple
Facebook
Email
Twitter
Pinterest
Copy link
Share
Map View
In the southern region of the city, near the Interlagos racetrack, there is a Buddhist temple that remains an underrated destination. Vibrant, colourful and featuring ornamental décor that will impress even the most seasoned visitor, the establishment actually has three temples devoted to the Buddhist and Taoist religions. These temples are open to visitors only on Sundays from 9am–2pm. 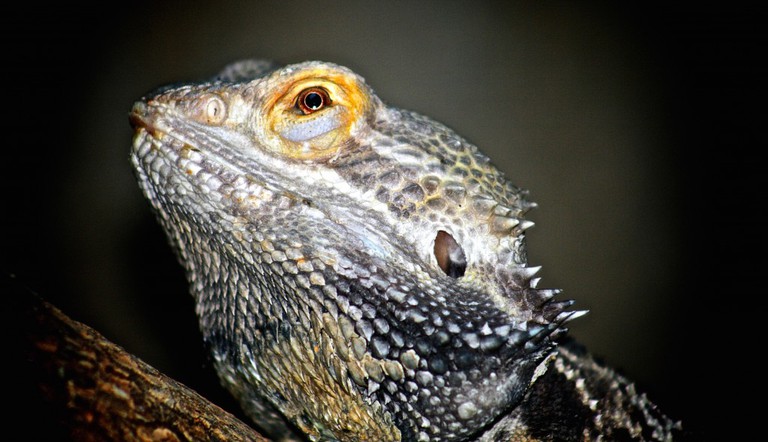 Reptile at São Paulo Zoo | © Anderson Mancini/Flickr
Book Now
The São Paulo Zoo offers guided visits at night to those interested in learning more about the animals that are nocturnal and thus usually not seen during daylight hours; these include bats, owls and possums. The monitored trip occurs every 15 days on pre-set dates, and should be booked early via the zoo’s operator – this visit is very popular, and sometimes fills up months in advance.

Imagine seeing one of the world’s largest cities from above. São Paulo has the largest helicopter fleet in the world, with around 500 registered helicopters, with an average of 700 flights a day and over 375 helicopter pads spread throughout the city. Many of these belong to tour companies that offer 15- to 60-minute helicopter rides. Flight tours occur every day of the week – weather conditions permitting – by several companies, many of which leave from Campo de Marte airport hangar.
Aeroporto Campo de Marte, Avenida Olavo Fontoura 1078, Santana, São Paulo, Brazil 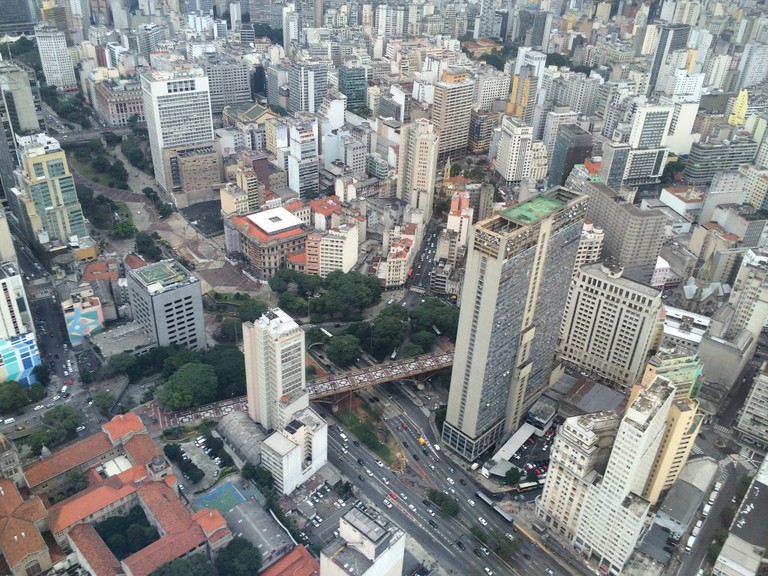 View over São Paulo from a helicopter | © Annie Zanetti/Flickr

In the bustling city that is São Paulo, sometimes you just have to lie down for 15 minutes and regain your breath and strength. In the Centro neighbourhood – one of the busiest parts of town – there is an establishment that lets you do just that. Cochilo – which means ‘nap’ in Portuguese – is located in Praça Antonio Prado, offers clients a choice of dedicated nap time, from 15 minutes to an hour, in a special sound-proof cabin. Visitors will be woken up with low, flashing lights and a vibrating bed when their time is up.

The Tobias de Aguiar Army Headquarters located on Avenida Tiradentes is much more than an army centre based in São Paulo. Built in the 1890s, the headquarters hide tunnels underneath its buildings that were used by soldiers in the 1924 Revolution. Later, in the 1960s, the tunnels were said to hold those being interrogated by the military dictatorship that ruled Brazil for over 20 years. The tunnels – which were almost 3km (1.8 mi.) long – were demolished with the arrival of the metro system to this part of the city, but 100m (109 yds.) remained and was transformed into a unique museum, with pictures and posters tracing its history. The atmosphere, however, remains damp, and visitors should arrive knowing they may come across bats and giant spider webs. Visitation is on Fridays and by appointment only. 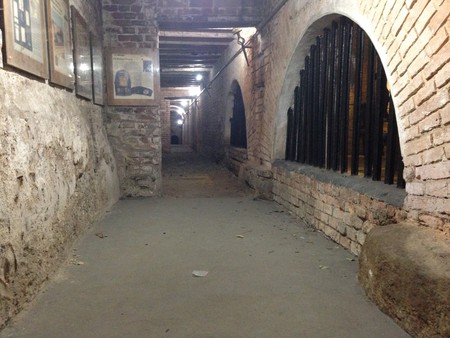 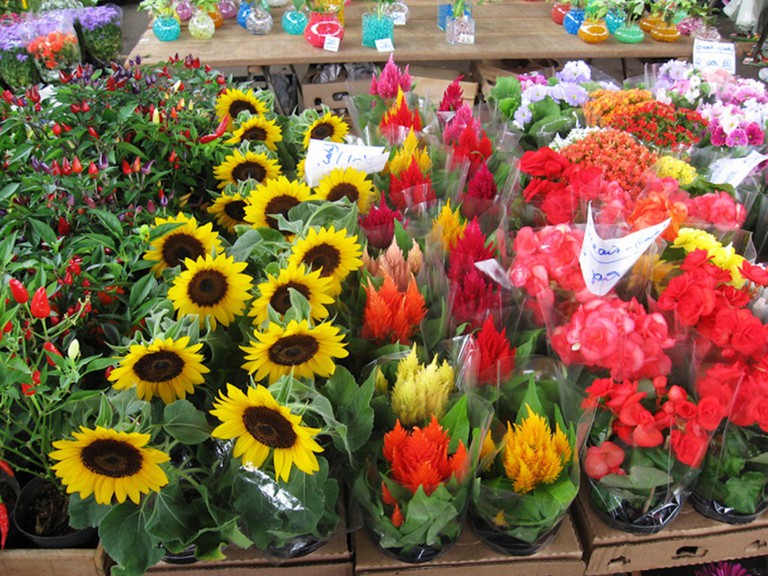 Ceagesp SP | © by Nathalia Resend/Flickr
You will have to wake up at dawn to visit South America’s largest flower and flower markets. Hundreds of flower trucks line up outside Ceagesp to deliver flowers and trees that will be bought by flower shops and supermarkets; decorators and architects also come here for inspiration. Here you can buy flowers and plants at a fraction of the prices at retail stores, and there is also a section selling clay pots and everything else you need to make flower arrangements. The flower market is open in the morning from 5am–10am, but if you want the best selection, you have to get there as early as possible. On Wednesday afternoons (4pm–10pm), there is a fruit and vegetable market in the premises, but the prices do not vary much from what you find in your local supermarket.

In addition to the beautiful stained-glass windows at the São Paulo Metropolitan Cathedral, located at the very centre of the city, visitors can also see the crypt of the Cathedral beneath the church’s main chapel. Located where the imaginary line of the Tropic of Capricorn passes, the crypt is just as impressive as the floor above it, with marble floors and arched ceilings. There are 16 bishops buried here, as well as the indigenous leader Tibiriça, who helped the Portuguese settle into São Paulo. Visitations occur from Tuesday through Sunday from 9am–5pm.
São Paulo Metropolitan Cathedral, Praça da Sé, Sé, São Paulo, Brazil +55 11 3107 6832 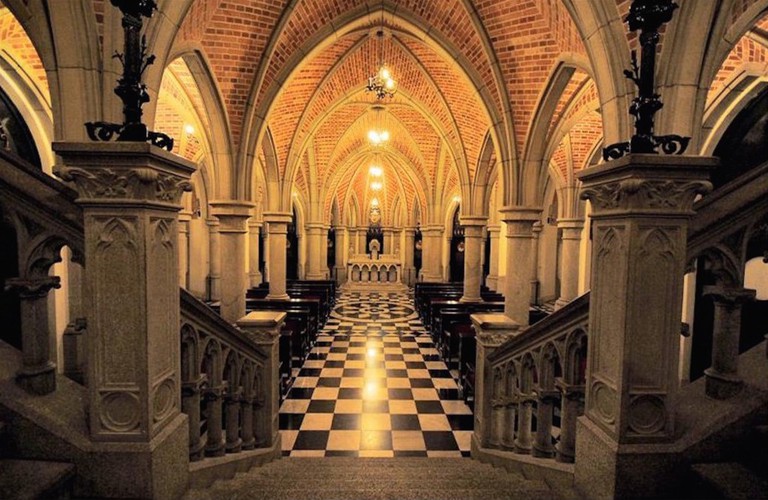