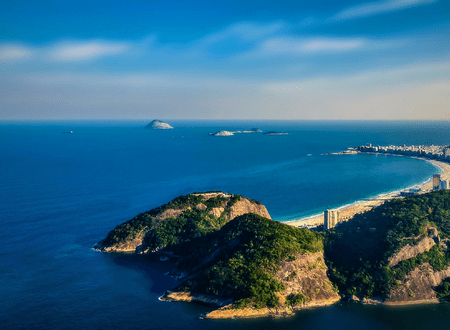 Rio’s complex society and rich history have been a source of inspiration for many films, TV shows and documentaries for decades. Here is a roundup of some films worth checking out before a trip to the marvelous city for a sneak preview of what to expect.

City of God, based on true events, is one of Brazil’s most famous films. The story follows two young boys in Rio de Janeiro’s notorious favela, Cidade de Deus (City of God), who grow up to lead very different lives: one becomes a photographer – the other, a violent drug dealer. The film reflects the realities of the late ’60s to early ’80s in Brazil and is a fascinating, gripping movie to watch. It doesn’t reflect the realities of the main tourist zones in Rio, however, which are a far cry from the events in the film.

A truly heart-warming film, named after the main metro station in Rio, Central Station has won many film awards for its touching story and realistic acting. Its story explores the friendship that develops between a young boy, who is looking for his father, and a middle-aged woman, whose life has been marked by difficulties. Not only does the film show scenery of Rio, it also touches upon the typical social interactions between Brazilians.

If I Were You (Se Eu Fosse Voce) is a situational comedy in which a couple wakes up on their fifth wedding anniversary to discover they’ve swapped bodies. The story is light, funny and a great example of Brazilian culture. It also shows that marital interactions and exchanges are very similar throughout the world.

This gripping film is another of Brazil’s most popular films and one of those rarities in which the sequel is generally considered even better than the original. The film, loosely based on real-life events, explores the corruption that exists between the police and the drug gangs in the favelas, highlighting its huge and complex network and showing that interactions between BOPE (a special Brazilian police force) and drug lords are never as black and white as they seem. The film is set in 1997, and the favela in the film is Babilonia in Leme, which nowadays has been pacified and is safe to visit.

My Name Isn’t Johnny follows the life of middle-class Joao Guilherme Estrella (Johnny), who leaves his comfortable life and becomes a full-time cocaine dealer in Rio de Janeiro in the early 1990s. The story is gripping and provides insight into why people sometimes follow a path of crime. There are also great shots of the city throughout the film and shows the carefree side of the lifestyle in Rio.

Rio is an animated movie that follows Blu, a blue macaw that is happily domesticated in the USA before being brought to Rio de Janeiro as part of a mating programme that attempts to to save his species. The story unfolds as Blu learns how to fly and gets to know the city better. Even though it’s animated, it still gives accurate images of some of Rio’s most iconic landmarks such as Copacabana Beach and Tijuca Forest, the world’s largest urban forest. The film itself was well-received both in Brazil and abroad and premiered at Lagoa, a picturesque lake near Ipanema.

This documentary series was created by war photographers who took a gamble and went to Rio to see if they could make a clip there. The result was a documentary that recorded the conflict between the drug gangs and the police that were attempting to pacify the favelas in light of the then-approaching 2014 World Cup and the 2016 Olympics. The documentary, whilst accurate, is specific to certain areas of Rio and is not the reality in tourist regions of the city. It is worth watching, however, to understand the deeper societal context that has built the foundations of Rio’s culture.