7 Fashion Designers From Salvador You Should Know 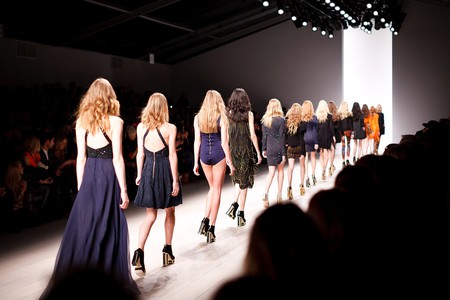 Creativity and inspiration flow through Salvador, and the city’s current crop of fashion designers is testament to its diversity and history. Many of the city’s designers channel their heritage and home in their work, taking it from catwalk to shop floor. For an insight into Bahia’s best and most stylish fashionistas, keep an eye on these seven designers.

Márcia Ganem, a fashion designer with her own eponymous atelier in the Pelourinho area of Salvador, has been a leading pioneer in the use of unusual as well as traditional fabrics in fashion since she opened her shop in 1996. As well as working with lace, a popular material in Bahia, she works with polyamide fibre and recycled rubber from tyres to create ephemeral, floating womenswear, including wedding dresses.

In his latest collection ‘Khaos’, Baiano designer Jeferson Ribeiro brings elements of grunge to his usually architecturally inspired lines. It was shown at Dragão Fashion Brasil, a large fashion gathering in the northeast, in 2016. His revealing lace and tailored shapes accentuate femininity while harking back to the beach shores of his home city. Ribeiro has been working in the industry for over a decade, but never fails to deliver new and exciting designs inspired by the complexity of his country.

Lena Santana was born in Salvador and lived in Rio de Janeiro before finding her way to London to study fashion and set up her own label. With an inherent talent for draping, she often uses delicate silkscreened fabrics to dress her models. She has also made a name for herself by seeking out secondhand and vintage fabrics, particularly brocade and lace, to create one-off items with a history. She has also taught fashion design in London, passing on her international know-how and techniques to up-and-coming students.

Aládio Marques is a young menswear and womenswear designer based in Salvador. His lines, Aládio Marques and AL, have been steadily gaining traction and winning prizes. History is often a source of inspiration, and he has created clothes that have drawn on prehistorical ice ages and the Egyptians, allowing him to pull geometrical shapes and colour palettes from the past. His mens shirts are full of character and are ever popular.

Launched in 2008, the womenswear label from Vitorino Campos is a well-established, high-end brand in the Brazilian fashion scene. He showed at São Paulo Fashion Week in 2012, firmly putting him in front of tastemakers and the press, who declared him one to watch. Campos’ mother and aunt both worked with clothes and possibly gave rise to his natural sense of style and dedication to tailoring. As well designing his own line, Campos works as a stylist for high-street brand Animale.

Coming up from the streets via social media, artist and designer Fagner Bispo customises clothes and accessories with his kitch and quirky additions. He paints pop-art unicorns and cartoonish characters onto the back of denim jackets, puts hearts and words onto trainers, and styles shop fronts and shoots in Salvador. Energetic and cheerful, Bispo has done many collaborations and workshops, including with shoe brand Arezzo/Schutz.

Luciana Galeão has been a stalwart in the Brazilian fashion industry since the mid-2000s with her sophisticated and feminine womenswear. Her Syrian heritage has often inspired her to use Middle Eastern patterns in her designs, and she has sold her clothes to that part of the world too. Always looking to create sustainably, her collections have featured items made from PET bottles and secondhand uniforms. After taking a break for a few years, she returned to designing in 2015, this time working with disadvantaged women and making beautiful, printed bags, cushions and other accessories.