São Paulo City | © Julio Boaro/Flickr
São Paulo is Latin America’s largest city, and Brazil’s financial hub; the sheer size of the city and number of attractions in São Paulo are enough to make any visitor dizzy. Fortunately, Culture Trip has done the work for you with this list of the top twenty attractions that should not be missed while you’re in town.

The municipal market of São Paulo, known as Mercadão, sprawls across over 12,000 metres and features merchants and artisans from all corners of the city, with a great variety of food and spices to eat there or take home. Its famous stained-glass windows were imported directly from Germany and its large columns make it a must visit stop for foodies and architecture aficionados alike. 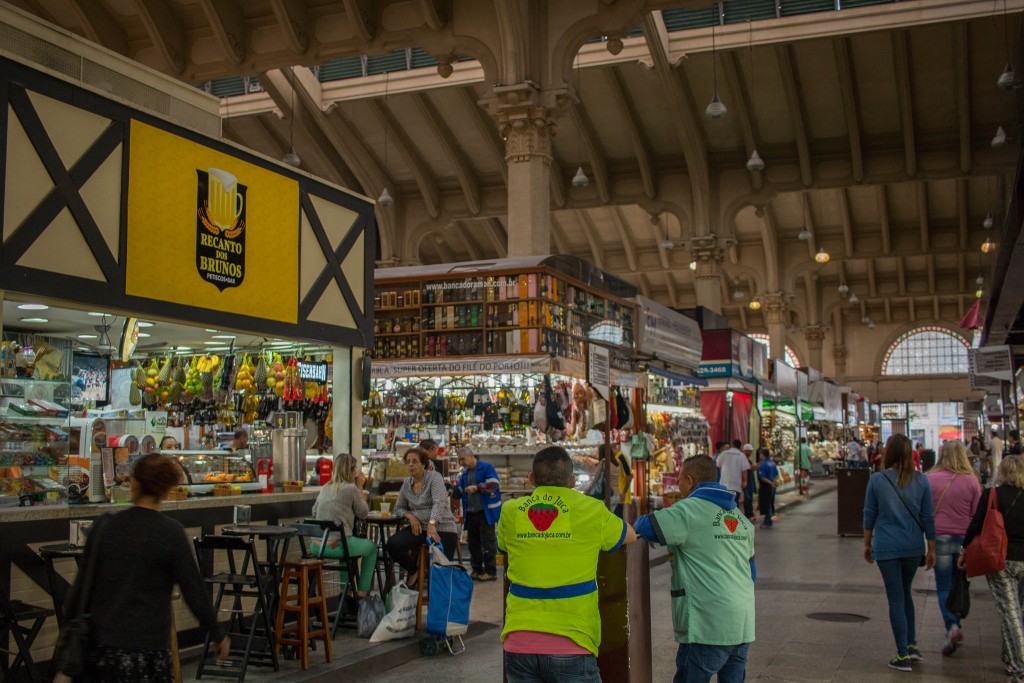 Cathedral, Church
Se Cathedral SP | © Victoria Hoch/Flickr
The first version of the church was installed in 1591, when the indigenous leader Tibiriçá chose the spot where the city’s first temple would be built. The ‘church’ was a taipa structure with walls made of clay and straw, held up together by logs. The construction of the current Cathedral began in 1913 but was only inaugurated in 1954, still without its two main towers. One of the five largest Neo-Gothic temples in the world, there are guided historical visits within the church and its crypt below the altar, where the imaginary line of the Tropic of Capricorn passes and the indigenous leader Tibiriçá is buried. The front of the Cathedral is considered the very centre of the city of São Paulo.
More Info
Open In Google Maps
Praça da Sé, Sé São Paulo, 01001-000, Brazil
+551131076832
View menu
Visit website
Visit Facebook page
Send an Email
Give us feedback

Elected as one of the best urban parks on the planet by the UK daily newspaper The Guardian, Ibirapuera Park is an island of green and tranquility in the middle of this very noisy city. In addition to the thirteen playgrounds, lakes, picnic spaces and bike lanes, the park contains within its boundaries the OCA museum, the Museum of Modern Art, the Museum of Contemporary Art, and the Afro-Brazilian Museum. It is also here that every two years the art scene comes alive with the São Paulo biennale. 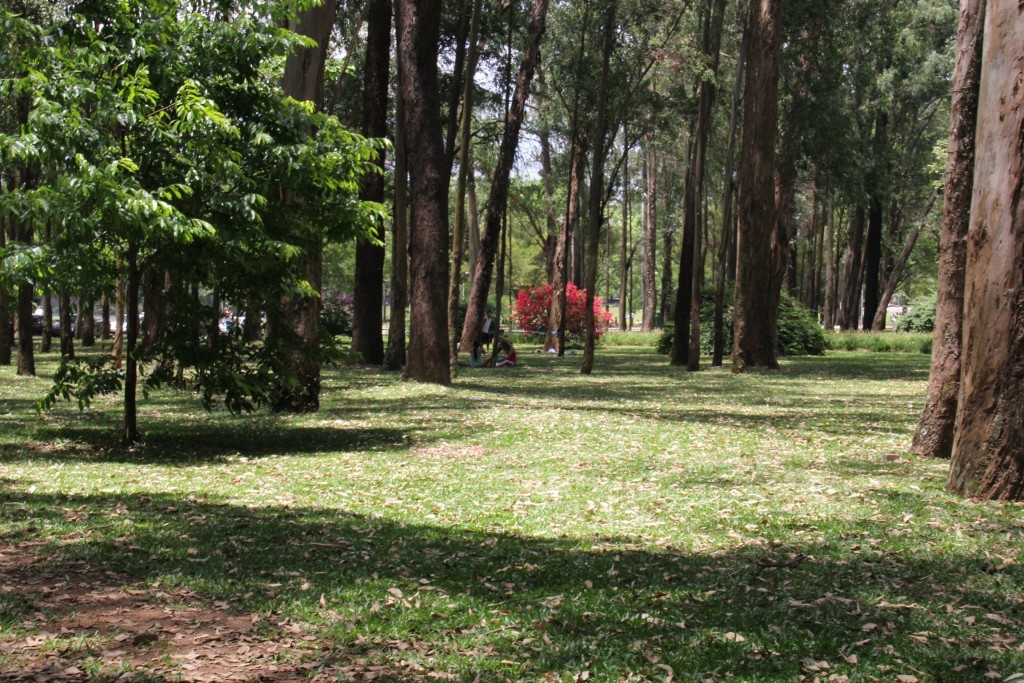 Building, Museum
MASP - Museum of Art São Paulo | © Matt Kieffer/Flickr
Located in São Paulo’s most famous avenue, Avenida Paulista, the São Paulo Art Museum Assis Chateaubriand (MASP) is one of the most important museums of the Southern Hemisphere and one of the main postcards of the city. It has a collection of about 8,000 pieces by famous artists, from Brazil’s Portinari and Anita Malfatti, to Picasso, Van Gogh, and others. With its modern architecture, designed by Lina Bo Bardi, MASP is said to be the only museum in the world with the main body perched on four lateral pillars, and a free area of 74 meters in length.
More Info
Open In Google Maps
1578 Av. Paulista, Bela Vista São Paulo, 01310-200, Brazil
+551131495959
View menu
Visit website
Visit Facebook page
Send an Email
Give us feedback

With 1,509 seats in its 1,000 square metre space, Sala São Paulo is considered the largest concert hall in Latin America. The hall has a movable ‘lining’ which allows for the adaptation of the acoustics depending on the music to be performed. The hall is also the only one on the continent which functions inside a working train station. 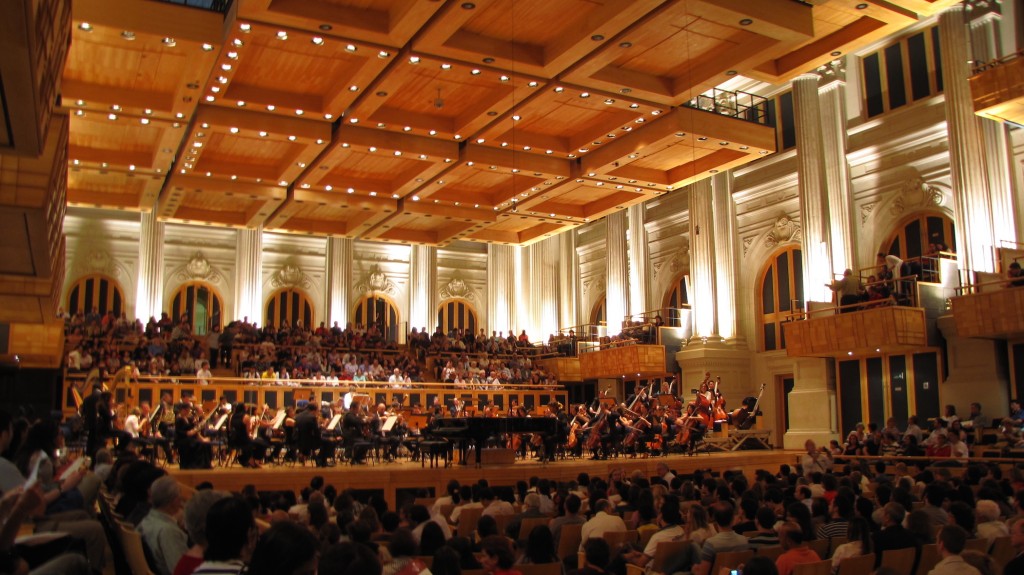 Founded in 1963 as a shopping centre, Galeria do Rock is a meeting point of the most diverse tribes in the center of São Paulo.The centre’s fame began in the 1970s, when music stores began setting up there and record fans from all over the city descended on the area for the rarest record or bargain tapes. Today Galeria do Rock is a space not only dedicated to rock music, but skaters, tattoo artists and music-themed clothes and accessories. 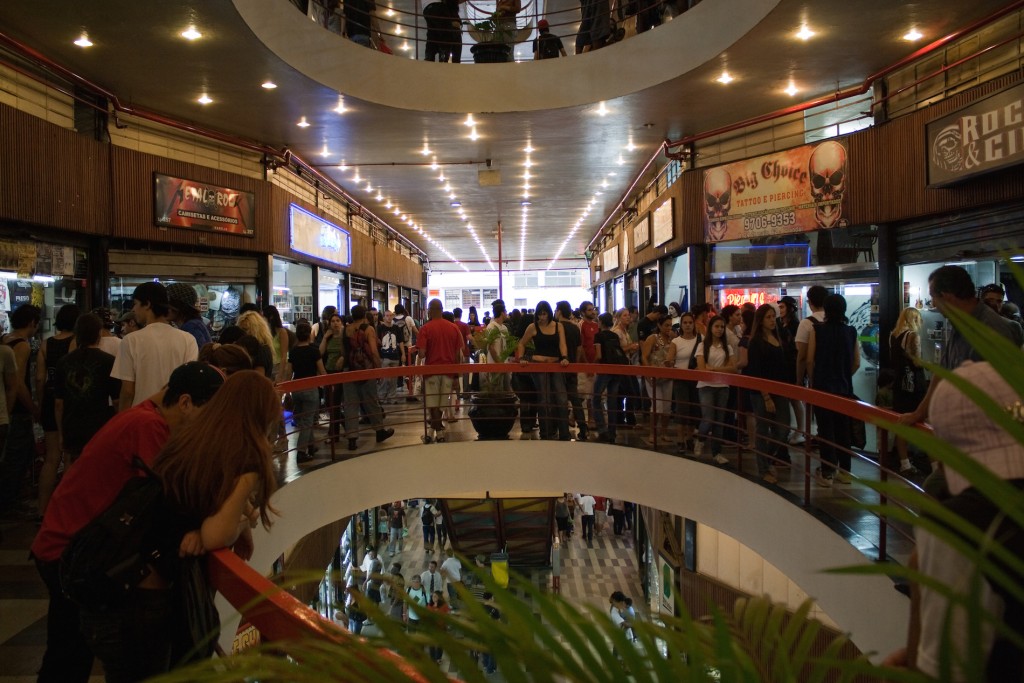 Founded in 1901 as the Serum Institute of the State of São Paulo, the Butantan Institute is not only an important tourist spot in the capital, but also one of the largest centres of biomedical research in the world, producing more than 80% of the total serum and vaccines consumed in Brazil. In addition to the nice park which surrounds the Butantan, visitors come to see the snakes in the open, rounded pits in the gardens located around the Institute. Several times during the week researchers take a variety of snakes out of their cages so that visitors can pet and hold them. 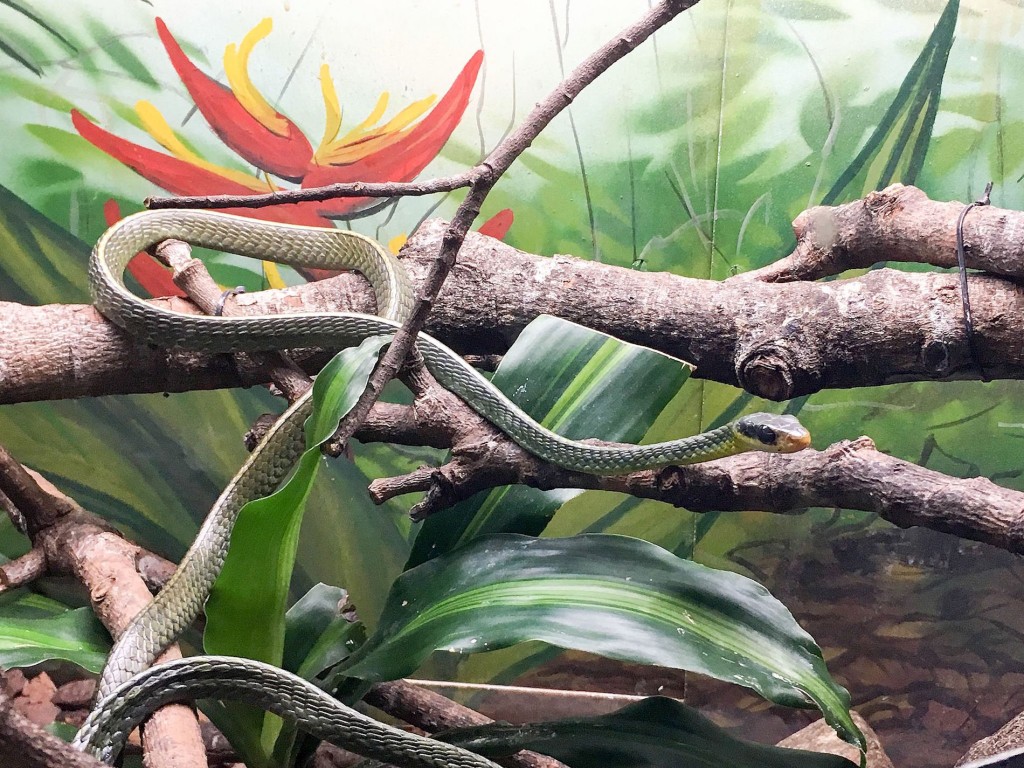 Don’t let the shiny, purple, red and blue skyscraper throw you, the Instituto Tomie Ohtake hosts some of the most sought-after exhibitions in the country. The building not only houses the gallery but is also home to a theatre, restaurant and book store. The gallery specialises in exhibitions of fine arts, architecture and designers who have been a reference in the art world for the past 50 years. Since the space has no permanent collection, visitors return again and again to see the new exhibitions. 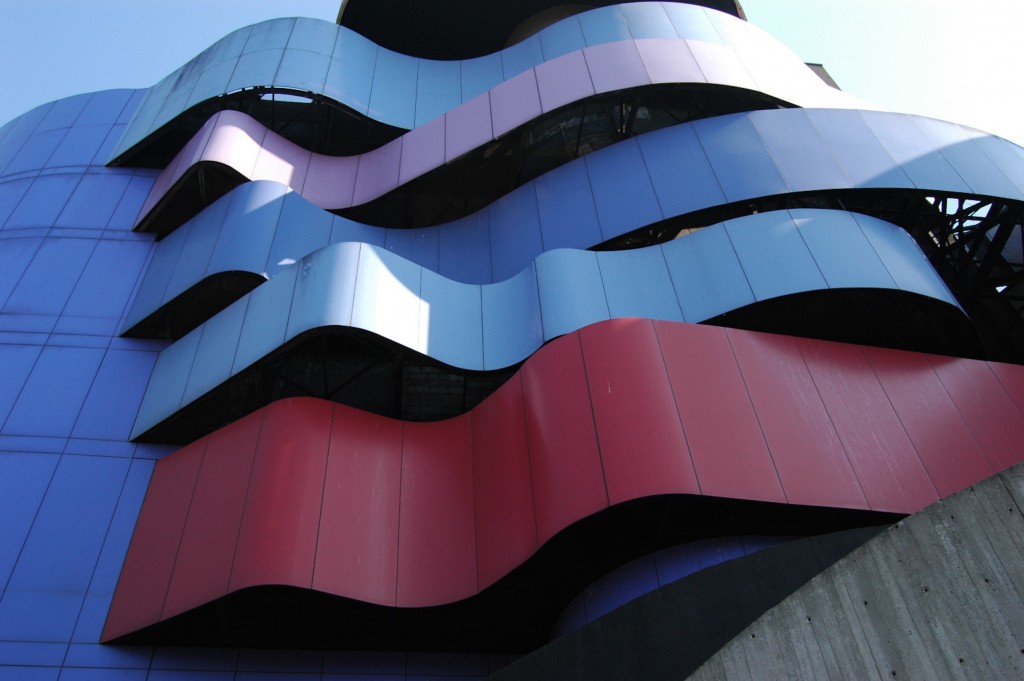 Even if you are not religious the São Bento Monastery in São Paulo is a must-see attraction while you are in the city. The Benedictines arrived in São Paulo in 1598, and in 1634 the Abbey was created and the chapel dedicated to St. Benedict. Today the monastery is home to about 40 cloistered monks, who sell the much sought-after breads, cakes, cookies and jams that help to fund the monastery’s activities. The monks follow centuries-old recipes which are well-guarded in the Abbey and not released to the general public. Also a must is the daily mass which includes Gregorian chants. 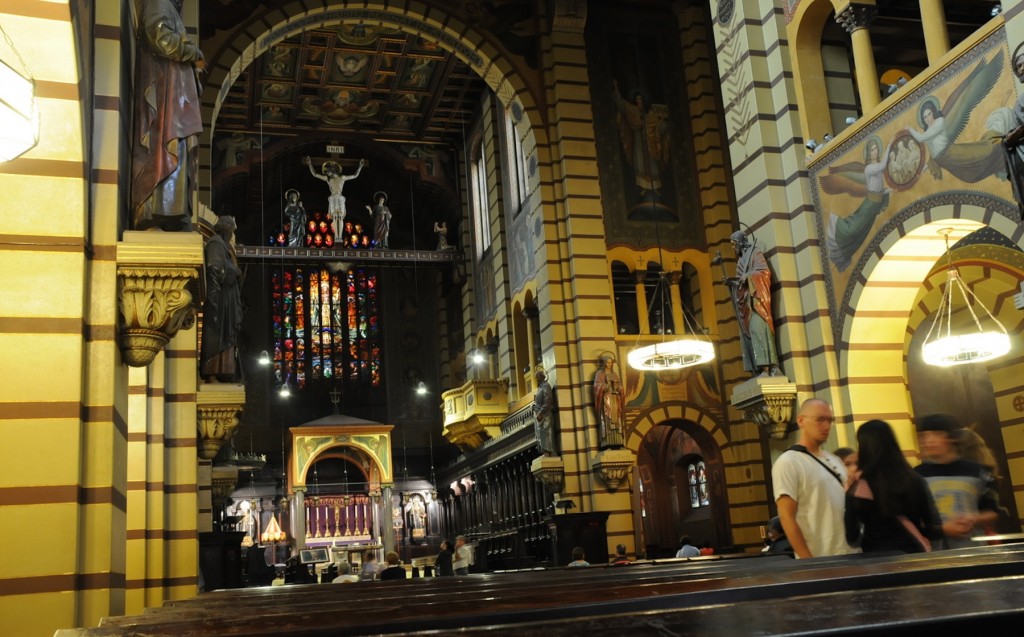 No trip to São Paulo would be complete without a visit to the Liberdade neighbourhood, Japan’s largest colony outside of Japan. Walk around Liberdade and you will feel a part of Japan in the largest city in South America. It is estimated that about 400,000 Japanese and descendants live in São Paulo today, many in the streets of Liberdade. With Japanese lanterns decorating the streets and dozens of sushi establishments and specialised food stores where one can find Japanese, Thai and Korean products for sale, Liberdade is a true centre for its tight-knit community. It even has its own Japanese-language newspaper and hosts several annual Eastern culture festivals including Chinese New Year.

Inaugurated in 1989, this building complex aims to strengthen Brazil’s political, economic, social and cultural relations with other Latin American countries. The memorial is home to more than 4,000 works of art, documents, sculptures, and handicrafts from nations around the region. Designed by Oscar Niemeyer, the complex has six buildings linked by a catwalk. The main symbol of the Memorial is Niemeyer’s seven-metre-high hand sculpture, with the map of the Latin American subcontinent in red, suggesting the dripping of blood of the population who suffered through many dictatorships, protests and authoritarian governments. 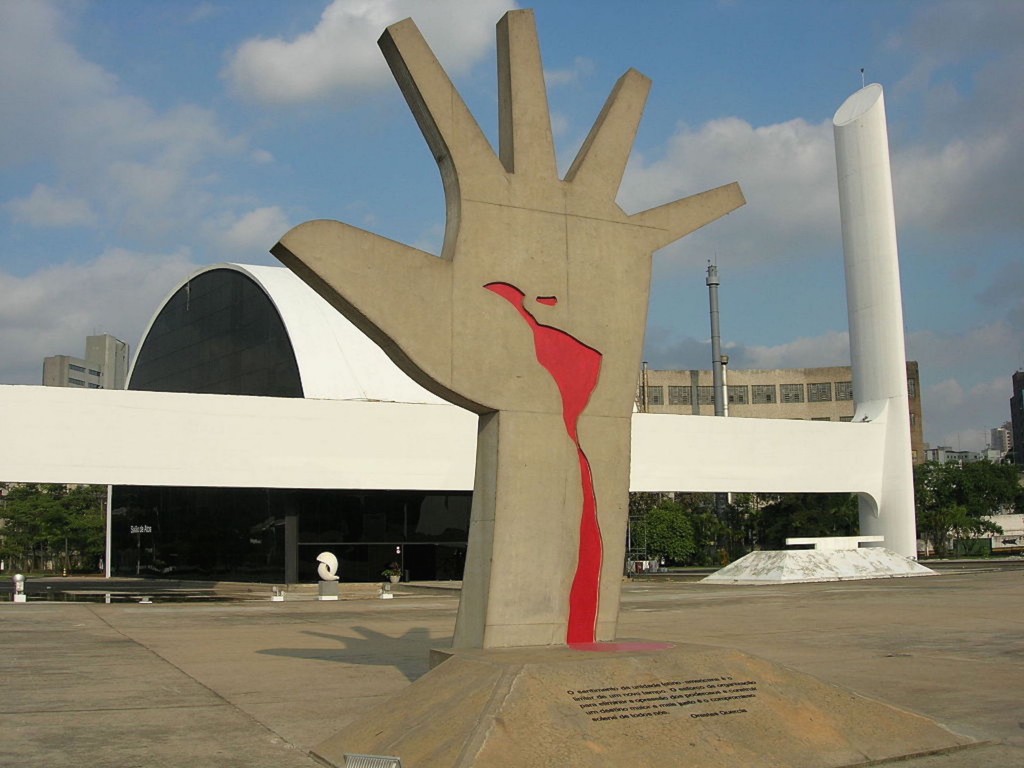 Another architectural masterpiece by Oscar Neimeyer, the Oca structure’s real name is Lucas Nogueira Garcez Pavilion. Because of its similarity to a typical indigenous hut – which in Tupi-Guarani is called an Oca – locals started to call it just that. The hemispheric format houses an exhibition space of more than 10,000 square metres inside the Ibirapuera Park. 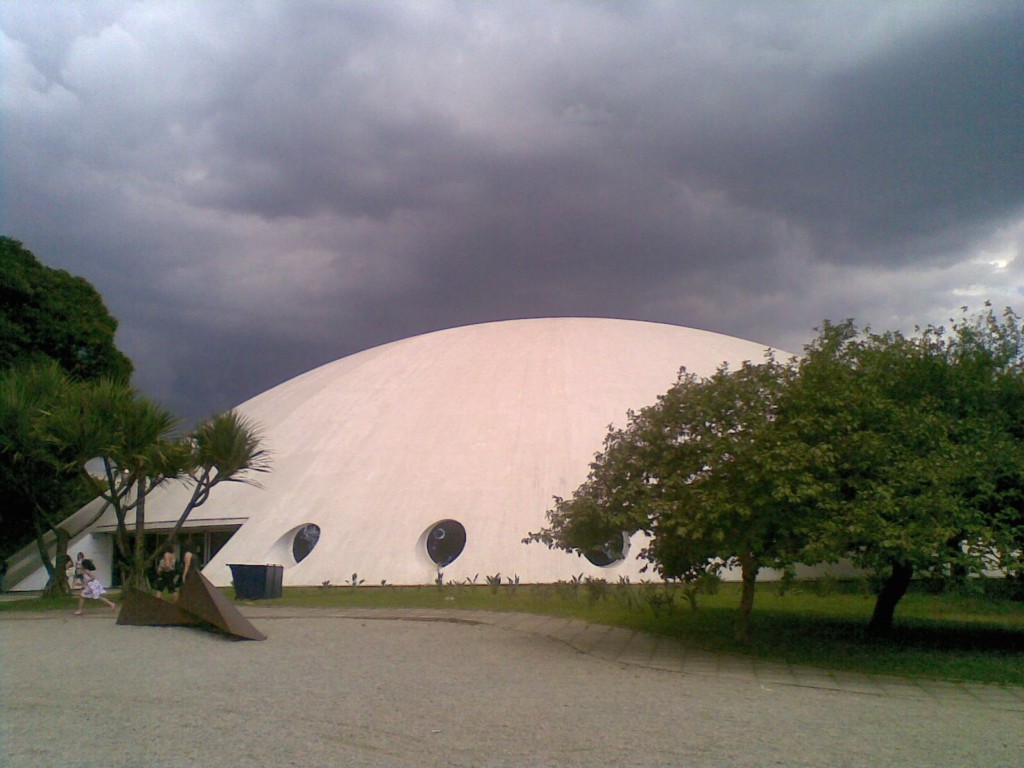 Its name was created in the 1980s when a group of art students found, in a narrow alleyway in Vila Madalena, the graffiti of the famous comic book hero Batman on one of the walls. They decided to expand the idea and pretty soon the entire alleyway was covered with multicoloured street art, which to this day attracts thousands of tourists each year passing through this artsy neighbourhood of São Paulo. The Beco do Batman (or Batman Alleyway) was one of the first open-air museums dedicated to graffiti to spring up in Latin America’s largest city. 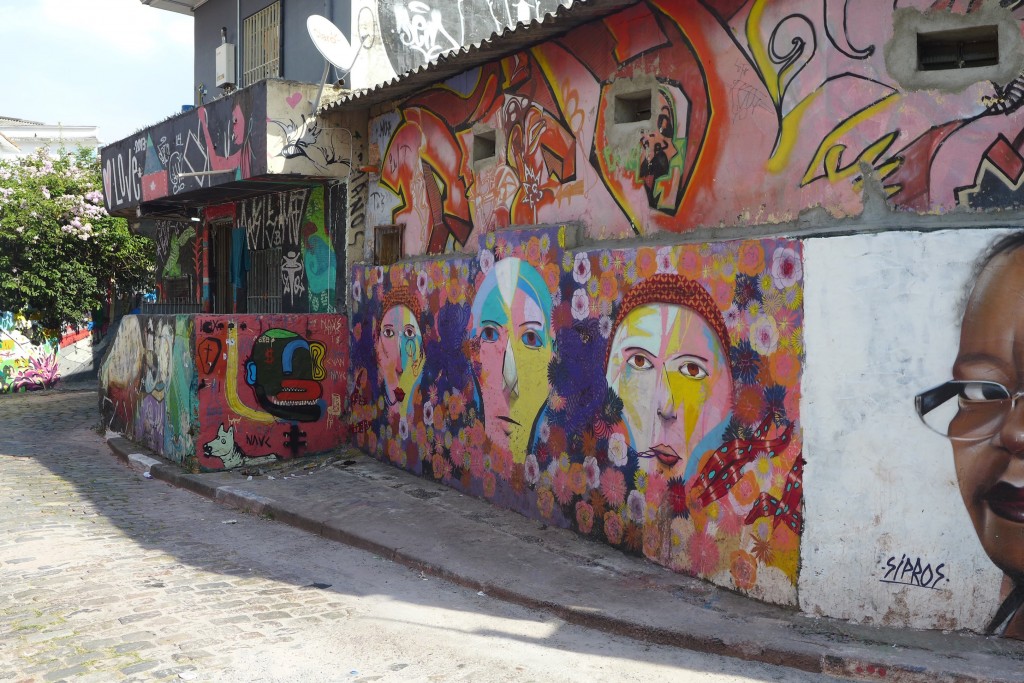 From antique toys to aviator sunglasses to 1950s-style luggage, you can find it here at the charming Benedito Calixto square fair. The fair, which takes place every Saturday in Pinheiros, is considered one of the best antique fairs in all of Brazil, not only for its products but also for its snacks. In the afternoon people gather around to drink cold beer and eat typical Brazilian munchies while listening to chorinho (typical Brazilian music).

Its construction began in 1924 and for some years the Martinelli Building – located in the heart of São Paulo – was the tallest skyscraper in Brazil and Latin America. Still today the building is impressive not only by its size but also by the rich and luxurious finish. Visitors can climb to the top of the building where there is a beautiful terrace with a panoramic view of the entire city, including the Jaraguá Peak mountain range, Avenida Paulista and the thousands of smaller buildings below. Visits are free. 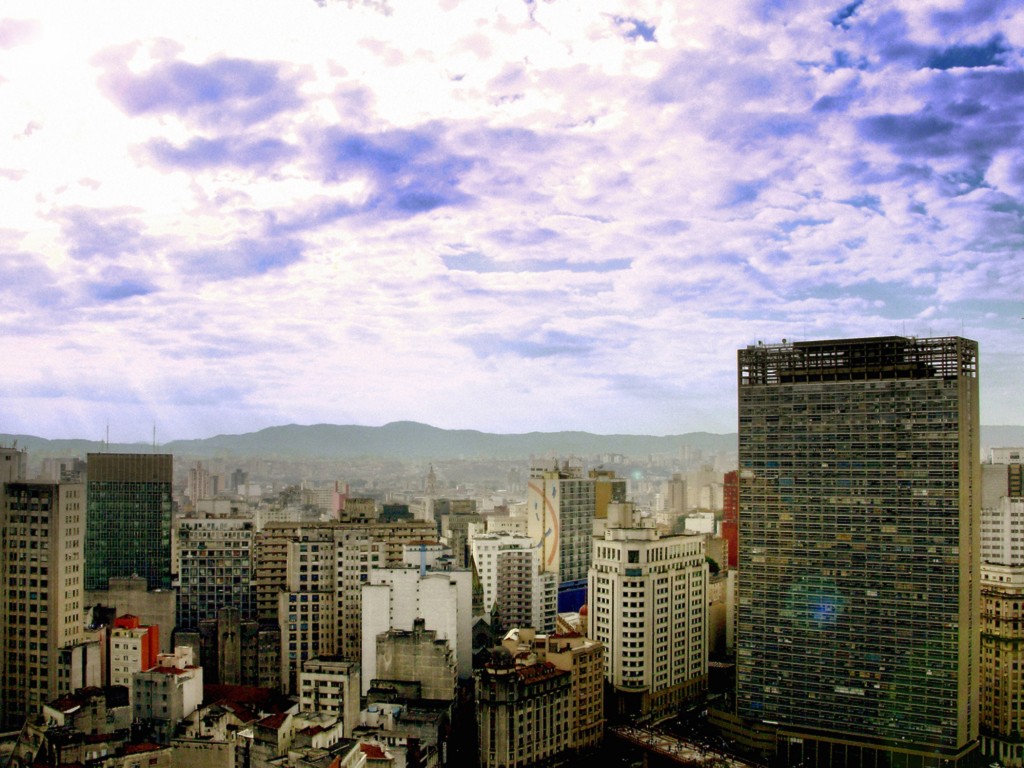 Theater
Theatro Municipal | © Adam Jones/Flickr
One of the true postcard-perfect places in the city, São Paulo’s Municipal Theatre was first constructed in 1903. Since then it has gone through several restorations to make it more modern without losing any of its initial glamour. The theatre hosts performances by local music and dance schools, and during days when no performance is scheduled, visitors can enter the theatre to visit.
More Info
Open In Google Maps
s/n Praça Ramos De Azevedo, República São Paulo, 01037-010, Brazil
+551130532100
View menu
Visit website
Visit Facebook page
Send an Email
Give us feedback

For futebol aficionados the Futebol Museum in São Paulo is a must. Located underneath the bleachers of the Pacaembu stadium, the museum traces the history of football, Brazilian football legends and the World Cup Games since its inception in 1930. It has old movie clips and radio transmissions from famous football games, interviews with football personalities in Brazil and an entire room dedicated to Brazil’s football ‘king’ Pele. 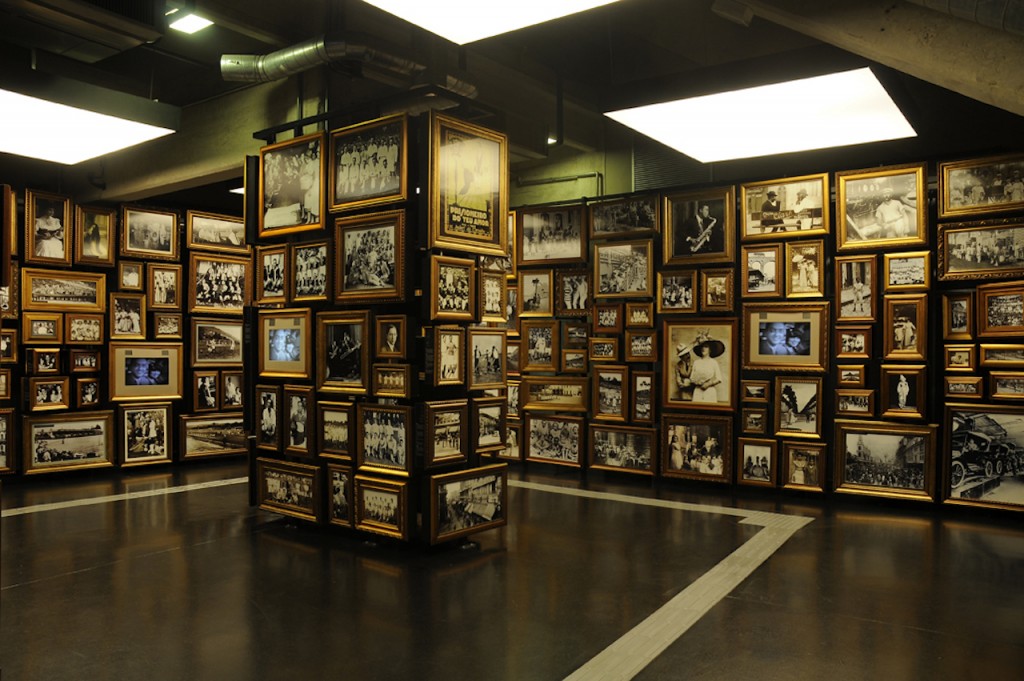 Although a place of worship, this temple – built by one of the founders of the Universal Church of the Kingdom of God – is a tourist attraction just due to its sheer size. Inspired by the biblical temple of the same name in Jerusalem, the Temple of Solomon has the capacity to hold more than 10,000 people and the height of an 18-story building. It hosts 36 Bible School rooms, television and radio studios, an auditorium for 500 people and parking for almost 2,000 cars. Visitation is free. 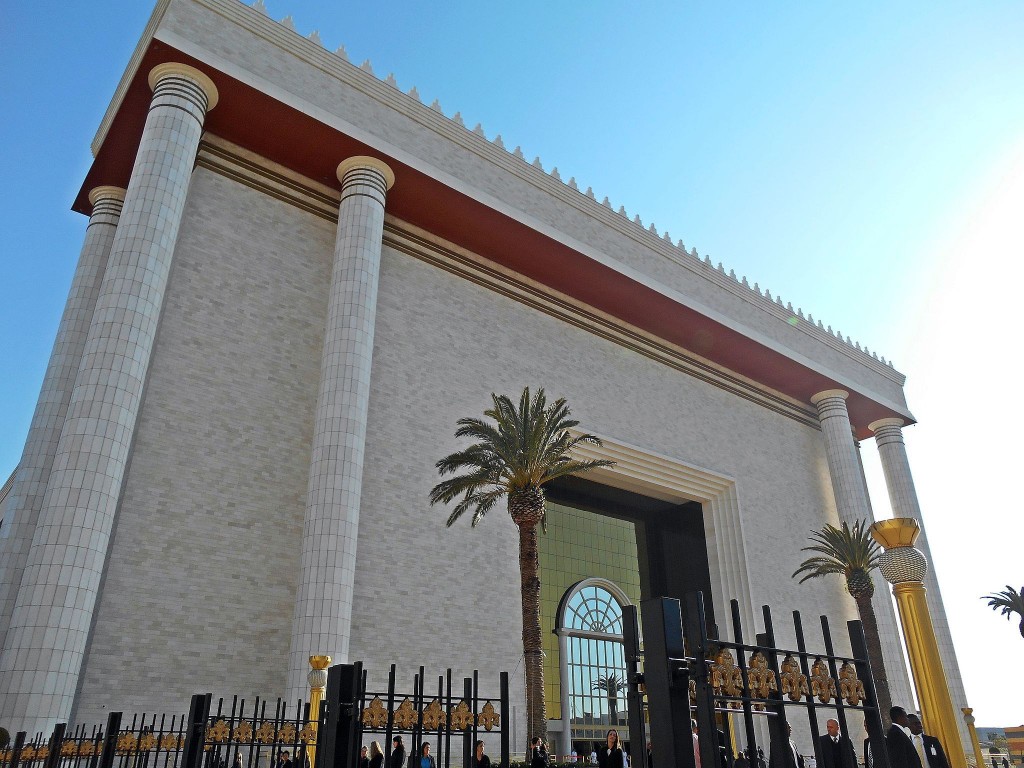 Park
Boys playing at Parque Villa Lobos | ©Marcos Nozella/Flickr
Named after one of Brazil’s most famous classical composers, the park is one of the most beloved in the entire city, with almost 20,000 visitors passing through on any given weekend. The park, located in the Alto de Pinheiros neighbourhood, encompasses 732,000 square metres of green space which also houses a bicycle path, football fields, playground, gym equipment, jogging track, and a forest with species from the native Mata Atlantica (Atlantic Forest).
More Info
Open In Google Maps
2001 Avenida Professor Fonseca Rodrigues, Alto de Pinheiros São Paulo, 05461-010, Brazil
+551126836302
View menu
Visit website
Visit Facebook page
Send an Email
Give us feedback
Give us feedback