20 Gifts For People Obsessed With Brazil

As the holidays approach, it’s time to let the Christmas shopping commence. For someone that loves Brazil and all things Brazilian, Culture Trip has compiled a list of 20 items that will transport them straight back to the country and give them a little reminder of its beautiful beaches, stunning scenery and contagious essence.

To get that Brazilian bum bum (or butt as it’s known outside of Brazil), Sol de Janeiro swears by its Bum Bum Cream that nourishes the butt to make it soft, scented and perkier. It’s widely known that the butt is Brazil’s favorite physical asset — so help a loved one get Brazilian beach ready. Price: $45 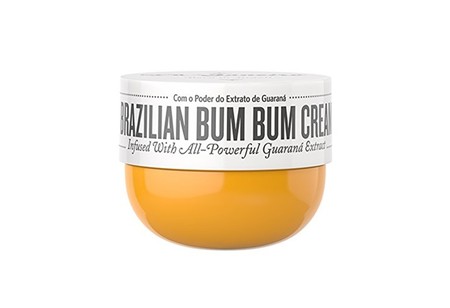 No foot is appropriately dressed on the beaches of Brazil without a pair of Havaianas. It may be cold and wintry across the pond but bring a bit of warmth with a pair of Brazil’s most beloved brand of flip-flops. They can totally be worn with socks around the house — it is Christmas after all. Price: $16 – $30

Café Pilão is one of the number one brands of coffee in Brazil, sold in all of its supermarkets and found in the cupboard of most coffee fans throughout Brazil. It is widely considered that Brazil has some of the best coffee in the world so bring a Brazilian breakfast vibe to the table and wake up to a delicious, steaming mug of Brazilian coffee. Price: from $8 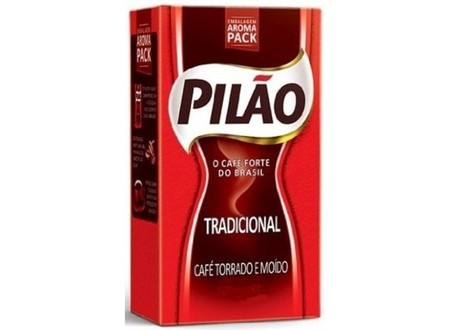 This popular sweet is like a creamy fudge and can be found all over South America (in Spanish-speaking countries, it is known as dulce de leche). Doce de Leite can be eaten inside cakes as a filling, on top of cakes as a topping, drizzled over fruits and ice cream or simply eaten straight out of the tub with a spoon. Price: $8

For the person who is both phone-addicted and Brazil-addicted, combine two loves in one go with a Brazilian themed phone case. There are plenty of designs available, but this one is a design of the Brazilian flag in a vintage style that not only stylishly personalizes the iPhone, but protects it, too. Price: $8 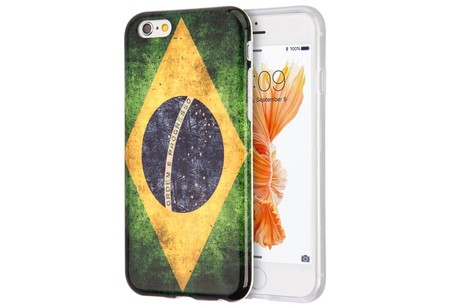 No dance better captures Brazil’s lively and sensual spirit than samba, and for those that love both dancing and Brazil, samba classes are the perfect gift. As Brazil becomes increasingly globalized, samba classes are popping up in all the major cities in the world, celebrating both Brazilian culture and health; search on Yelp to find classes near you. Price: from $10 a package upwards.

Transport someone back to Brazil from the comfort of their home by submerging them in the impressive and stunning imagery of Brazil. This photo book captures the culture, architecture, wildlife and landscapes that have won over the hearts of so many people that have visited or have been exposed to Brazilian life through a series of glossy, dynamic photos. Price: $2 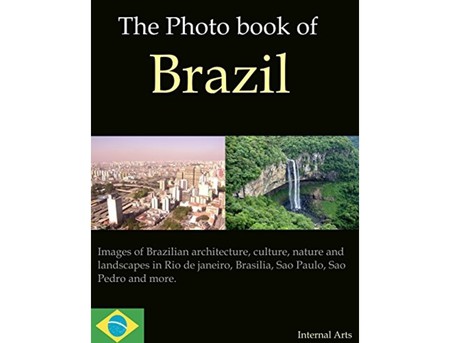 The Photo Book of Brazil | © Amazon

Dancing with the Devil in the City of God Book

For a more gritty book that is informative, meaty and delivers a close examination of life and society in Rio de Janeiro, then Dancing with the Devil in the City of God: Rio de Janeiro and the Olympic Dream is the one. Author Juliana Barbassa takes readers through a journey that investigates the modern evolution of Rio, providing a thoroughly fascinating account for anyone that wants to get beneath the surface of Brazil’s beloved city. Price: from $10

For anyone even remotely interested or curious about bossa nova, a genre of Brazilian music that came about in the late 1960s, this CD is the perfect gift. With classic and rare songs from bossa nova legends such as Gal Costa, Elis Regina, João Gilberto, Tom Jobim and Caetano Veloso, Bossa Nova Brasil relives some of the best musical greats from Brazil. Price: $9

The Worldwide Fund For Nature has several at-a-distance adoption schemes that provide a gift pack built around a specific animal for a fee that is used to support ongoing protection projects in the Amazon and other delicate natural habitats. For animal lovers, some animals available for adoption that are native to Brazil include the macaw, the tapir, the black jaguar, the golden lion tamarin and the giant anteater. Price: $55 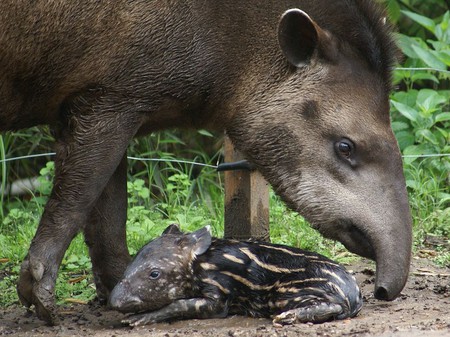 A Tapir, native to Brazil | © Mslecuona/WikiCommons

A Box of Brigadeiros

Brigadeiros are classic Brazilian sweets and this box of them captures all of their chocolatey goodness. Brigadeiros are like chocolate truffles smothered in chocolate sprinkles, yet there are variations to include white chocolate and coconut flavors. Treat someone to a delicious throwback to Brazil. Price: from $15

Brazilian coffee drinkers will need a mug to drink their coffee from, so how about a mug with a Brazilian design on it? Whilst there are loads of designs and styles on Amazon, this simple black and white design with ‘Keep Calm and Love Brazil’ on the side sums up that longing for Brazil in a nutshell. Price: $13 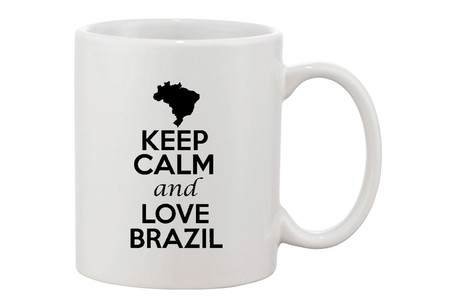 Caipirinhas are the national cocktails of Brazil and anyone that loves Brazil, will probably love caipirinhas. A caipirinha kit is a great gift that is partly homemade: Buy a good quality cachaça, the national spirit of Brazil. This site has a great selection. Then, simply add a bag of limes, a bag of sugar and a lemon squeezer and presto, you have a caipirinha kit. Price: cachaça from $30

For football fans out there, this is the ultimate gift. The Brazilian football team is widely regarded one of the best in the world, producing talented players that showcase skills to perfection. The Boys from Brazil DVD shows plenty of original footage, an examination of great players and lots of incredible goals. Price: $4 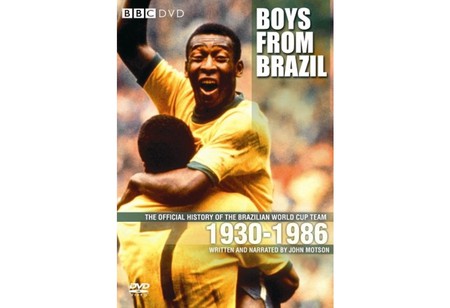 Subscription to The Rio Times

The Rio Times is a Brazilian newspaper written in English that delivers news topics from all around Brazil, especially Rio de Janeiro. For those that love Brazil but live far away, an annual subscription can keep them up to date on all the latest news coming from the country, from business and politics to events and expat news. Price: $50

Perhaps the next best thing to being on the beaches in Brazil is at least having the right swimwear for the occasion. Brazilian brand Salinas have a wide choice of gorgeous bikinis that are typically Brazilian style with thong-bottoms and bright colors. For men, there are plenty of sungas — tight, fitted trunks that are common on the Brazilian beaches. Price: from $45

Oscar Niemeyer is a famous Brazilian architect, widely regarded as being at the forefront of modern architecture. For anyone that is fascinated by buildings and loves Brazil, Oscar Niemeyer Buildings pays tribute to Niemeyer’s incredible masterpieces throughout Brazil in a series of images and texts. Price: $20 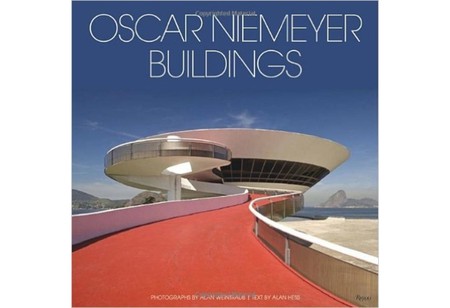 One thing that can truly trigger fond memories of places is food. The Brazilian Kitchen: 100 Classic and Creative Recipes for the Home Cook is a perfect gift to dive into the classic meals and bites from Brazil that present both traditional dishes such as feijoada and Brazilian cheese bread, but also the chef’s take on Brazilian recipes that shows an innovative flair. Price: $17

What better way to show love for something than to publicly announce it and a Brazilian themed jacket will do exactly that. A jacket for the winter is far more practical than a T-shirt, and this beauty is a Brazil track jacket in bright colors, a sporty vibe yet versatile. It’s great for football fans but works for anyone that loves all things Brazil. Price: $30 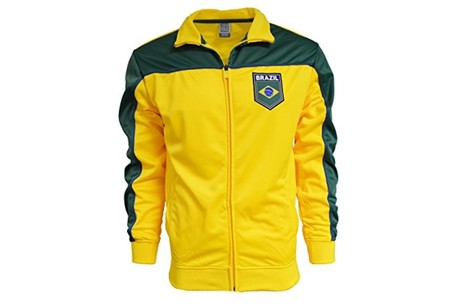 This Brazilian beach towel doubles up as two gifts: a large material Brazilian flag to hang up on the wall or throw over a sofa as a decorative piece, and a beach towel (its original purpose) for holidays, trips to the beach or even a picnic in the park. This particular towel has been imported from Brazil and is the same as the ones the beach vendors sell on the beaches in Rio. Price: $13