11 Things Tourists Should Never Eat and Drink in Brazil 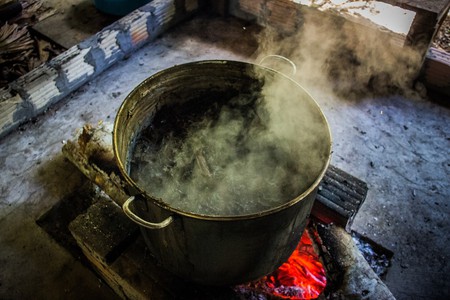 Every country has its own specific food that makes travel intriguing, and Brazil is no exception. The majority of Brazilian food is delicious – think feijoada, pão de queijo and brigadeiro – yet there are some things that may make you think twice before eating. Here are some food and drinks that may not tickle your taste buds while in Brazil.

Prawns on the beach

Those huge pink prawns skewered onto long wooden sticks sure look tempting when you’re sunbathing on the beach. However, the vendors spend all day wandering up and down the beach selling them under the baking hot sun so while the prawns may taste delicious initially, you may end up with a bad stomach later on. 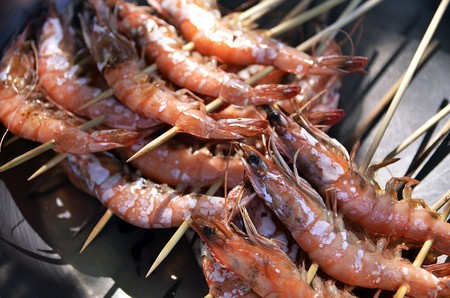 Caipirinhas on the beach

Without trying to dismiss everything on the beach, you should approach buying caipirinhas there with caution. Rather than buying from the beach vendors who are often selling watered-down caipirinhas that have been out in the sun all day, head to the kiosks or the beach stalls hiring beach chairs to get a freshly made one instead.

Originally a Portuguese dish, sarapatel is common in the northeast of Brazil. A well-cooked one won’t make you feel sick, but you may feel squeamish about eating it – it’s a stew made with heart, lungs, spleen, liver and kidneys of a cow, sheep, or pig. It is sometimes boiled in the animal’s blood too.

Feijoada is delicious and makes the perfect home comfort food. However, the traditional one may not be everyone’s cup of tea as it contains pigs’ ears, tail, feet and sometimes beef tongue. You can order the modern-day one though, which has jerked beef, sausage and dried meat without the traditional cuts. 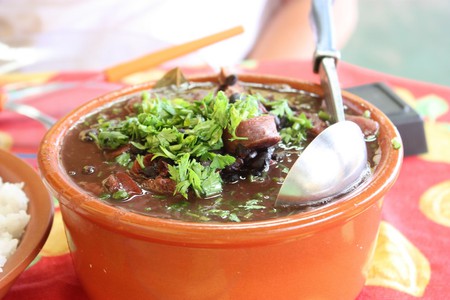 Piracatinga is a type of fish that lives in the rivers of the Amazon. While there is nothing wrong with eating the fish itself, it is sometimes caught by local fishermen using unsustainable and illegal practices. Some fishermen kill freshwater dolphins to attract the fish who are drawn in by the smell of the dolphins’ blood. As the river dolphin is currently endangered, shunning practices that endanger them further can help protect their species.

By all means, crack open a can of soda. However, you may notice that vendors will offer you a straw when you buy soft drinks. This is because the cans are often stored in questionable conditions in terms of cleanliness and the tops of the cans may be dirty or the cans could have been stored near insects. 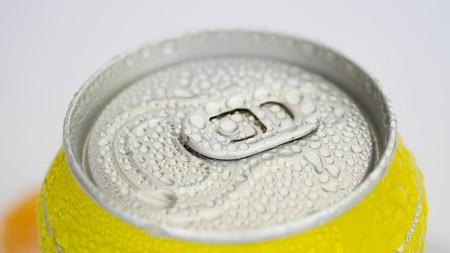 Wash cans first or use a straw | (c) Pixabay

The Brazilian version of the haggis is one of those dishes that you either love or hate. Buchada is a stomach – usually of a goat – stuffed with kidneys, liver and other innards. It is popular in the northeast of Brazil.

Brazilian wine from the vineyard can be delicious. Brazilian wine made industrially that costs less than R$20 (about US$6) can be pretty nasty. One brand in particular – Sangue de Boi – tastes like gone-off grape juice, as does most cheap wine in Brazil.

Santo Daime tea – known as ayahuasca – is a special mix using hallucinogenic herbs and is used in the Santa Daime religion for spiritual awakening. It can make you hallucinate and overthink things and the effects last for hours.

This is a cheap and cheerful drink designed with one purpose only – to get you drunk quickly. It is a mix of cachaça and vermouth and although it’s no worse than a regular shot when you drink it, be prepared for a killer hangover the next day.

This sweet dish is common in Rio Grande do Norte and is a popular Christmas dish. The brown sugar, honey, spices and nuts make it deliciously sweet, though some people may be put off by the fact its main ingredient is pig blood.