11 Things to Know About Dating in Brazil 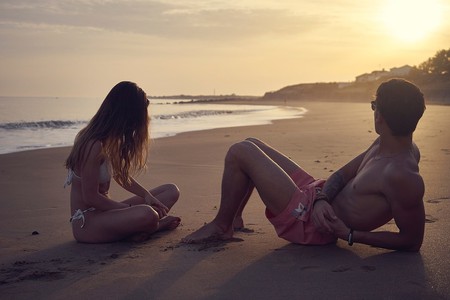 In a country that simply oozes sexuality, sensuality, and a fun-loving spirit, dating in Brazil can be relatively easy. While casual hookups are pretty straightforward, making it last long term can be a bit trickier. But if you’re looking for a holiday romance, it’s hard to imagine a better place than Brazil, where the passionate residents will make you swoon. Here are some things to know about dating in Brazil.

Tinder is a big deal in Brazil: it has one of the largest markets of users in the world, second only to the United States. While Tinder is by far the most used dating app, others are still commonly used such as Bumble and Happn. There is no stigma at all attached to using dating apps in Brazil so don’t feel shy about downloading them and searching for a date. Dating aside, it’s also a great way of practicing your Portuguese. 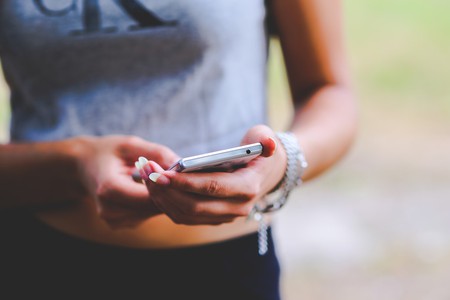 How many people are using Tinder in Brazil? A recent survey conducted nationwide shows that the country has 10 million registered users and a total of one million matches per day. While São Paulo has the highest number of Tinder users, Rio de Janeiro has 7.3 percent more matches than its southern sister-city does. In other words, Rio de Janeiro officially has the highest number of active users, with more people using Tinder here than any other place in Brazil. A study of 150 interviews of active users in Rio de Janeiro showed that 72 percent of men used Tinder as a platform to find casual sex, whereas 48 percent of women used it for casual hookups.

Just over eight percent of the population of Brazil identify themselves within the LGTB group and using dating apps is a popular way of meeting others and dating. For finding relationships, casual dating, or something with the hope of being long-term, Tinder and Happn are the most popular.

Tinder is used for both casual hookups and those seeking a more lingering romance. On the gay scene, dating apps geared towards meeting someone for sex tends to be more common. The most used sex apps are Hornet and Grindr. There are also apps that target a specific kind of man, such as Scruff. Scruff is specifically for finding ‘bears’, which is the term for big, hairy men.

For casual hookups, there is no time in Rio quite like Carnival, where kissing and casual flings are all part of the celebrations. It is also a time when there are higher levels of infidelity among relationships, which is something that is largely accepted as part and parcel of the party, although this isn’t the case for everyone. To meet people at Carnival, simply join a bloco (a moving street party) and feel free to mingle, flirt, and enjoy.

While places such as Rio de Janeiro certainly have the picturesque scenes with an oceanic backdrop, it doesn’t compare with the number of people that gather for Gay Pride in Sao Paulo. Around five million people flock to Sao Paulo’s streets to take part in this famous event which brings all the same levels of debauchery and fun that Carnival is famed for. In addition to being an unforgettable party in a safe environment, it is also an ideal moment for meeting others and dating. 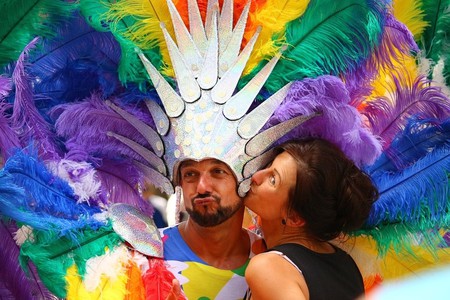 Paying the bill on the first date

You meet a potential lover and you go on the first date to a hip bar or a fancy restaurant. What do you do when the bill comes? There isn’t really any rules in Brazil for paying the bill on the first date and it varies. Quite often, the man will insist on paying for the woman although that isn’t a given and shouldn’t be expected; you should always offer to split the bill. For gay couples, it is normal to split the bill and pay half each.

Sex on the first date

Again, there are no set-in-stone rules for this and it’s equally fine to wait as it is to sleep with someone on the first date. Whatever you decide to do, don’t be surprised if you end up at a pay-per-hour motel. As it is common for Brazilians to stay living with their family until later in life, dating couples often rent a motel for a couple of hours in order to get some privacy. Motels in Brazil are designed specifically for sex and many come complete with a hot tub, sauna, condoms, and mirrored ceilings. 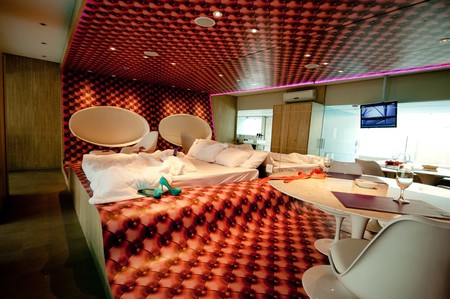 Meeting your date for a second date

Meeting for second dates can be a grey area and ‘vamos marcar’ – which means ‘let’s organise something’ – doesn’t necessarily mean that a plan is concrete to meet up. Brazilians are, on the whole, incredibly friendly people and prefer to keep options open rather than saying ‘no’. Even if you really click with your date and the feelings are intense, the laid-back Brazilian approach means that things may take some time to develop.

Places to meet a date

Overall, Brazilians are pretty sociable people, and it’s easy to strike up a conversation in bars or clubs. It is more common for men to approach women than the other way around, and as a foreigner, you may find you get a lot of attention. São Paulo has a huge variety of nightclubs and outdoor street parties, creating an exciting dating scene. There are also several spontaneous gay ‘bear’ parties and underground sex parties that spring up randomly. If you are not keen on dating apps and the bar scene is not your thing, then head to the beach; it’s an excellent place to find a date.

If your date is late, then don’t be annoyed. Time-keeping in Brazil isn’t as strict as it is in some countries and being 15 minutes late isn’t considered overly late. So if you’re kept waiting, then it’s not you, it really is just a cultural thing.