11 Reasons Why São Paulo Should Be on Your Brazil Itinerary 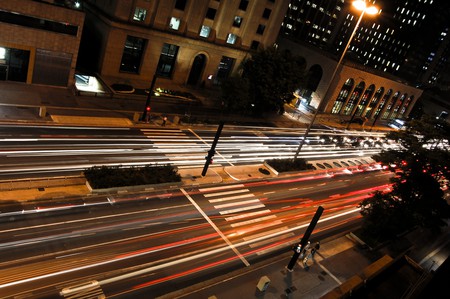 When tourists come to Brazil, it’s almost inevitable that at some point they will pass through São Paulo, the country’s biggest city. However, rarely do they actually stay in São Paulo. The city’s massive airports mean it is often the entry point for any visitors from abroad, but most travelers only ever see one of the world’s biggest cities from inside Guarulhos Airport or from the window of a taxi. This is a shame, as in spite of its negative reputation as an ugly city with nothing for tourists, it is in fact one of the most vibrant, exciting, colorful, and culturally rich cities, not just in Brazil, but in the entire world. Here are some reasons why you should factor in São Paulo to your Brazilian voyage.

It is the most cosmopolitan city on the continent

Traveling around Brazil (and South America) is a wonderful experience, an opportunity to dive into the idiosyncrasies of the places you visit along the way and their different ways of life. However, most of these places have their own overarching cultures, meaning that once you’ve seen it, you’ve seen it. In Rio de Janeiro, for instance, you’re unlikely to be able to stray from the beach-samba-beach-samba routine that the locals love, and if you stay for long enough you might end up coming back with an accent. 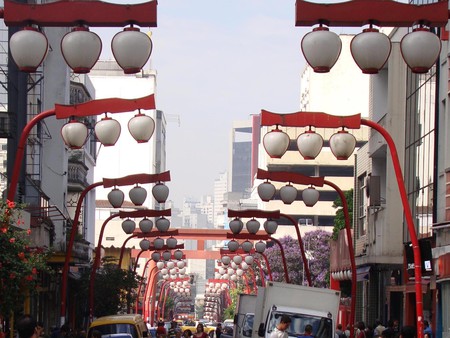 São Paulo is completely different. A city of over 12 million people (21 million if you include the surrounding metropolitan region), formed of communities descended from myriad immigrant groups from all over the world, there is no single São Paulo culture—instead there are dozens, each as unique as the last. In this respect, São Paulo is like a tapas feast: you don’t eat it all at once, rather you sample small portions of the diverse flavors and appreciate them individually.

It has Brazil’s best restaurants

Being such a multicultural city, it is no surprise that the food in São Paulo is incredible. An impressive 70 percent of Brazil’s Michelin stars have been awarded to restaurants in São Paulo, and beyond the most famous spots there are countless little-known gems, serving either traditional Paulistano cuisine, or food from all over Brazil and the world. 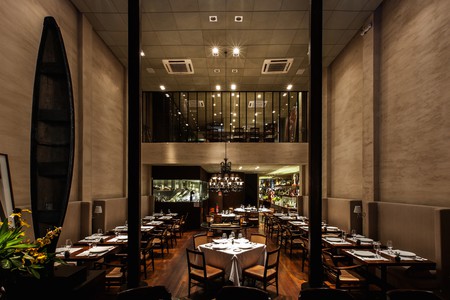 While São Paulo’s own culinary traditions are wonderful, it is usually overshadowed by other Brazilian cuisines such as Mineiro (from Minas Gerais) and Nordestino (from the northeast). The advantage of coming to São Paulo, however, is that you can find all of these regional dishes here. If you’re looking for food from the Amazonian north region, there’s Tordesilhas; for something from the northeastern sertão, there is the incredible Mocotó, and for wonderful food from the São Paulo countryside, A Casa do Porco.

Its museums are incredible

As Brazil’s richest city, São Paulo is the epicenter of the country’s best art collections and museums. Between the São Paulo Museum of Art (MASP) and the Pinacoteca do Estado alone, the Brazilian art on show in the city tops anywhere else in the country. Besides art museums, there are wonderful historical museums such as the Museu Afro Brasil in Ibirapuera, and the football museum at the Pacaembu stadium. 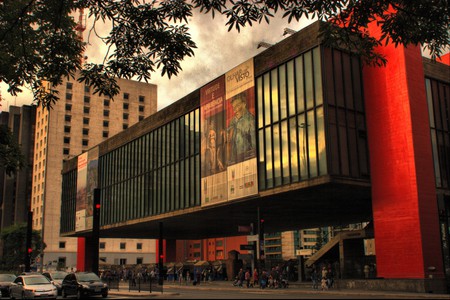 Paulista Avenue and the Minhocão on Sundays

One of the most recent (and welcome) changes to the city of São Paulo was the project to open up two of the city’s busiest roads to pedestrians every Sunday. Instated in 2016, the bustling Paulista Avenue and the elevated Minhocão highway have been closed to traffic for one day every week, transforming them into something approaching an urban beach.

Whereas initially both roads attracted cyclists, dog-walkers and joggers, they have now become places for families to spend an entire afternoon, for friends to hang out, and for musicians to put on impromptu performances. What started as an interesting change of pace every Sunday in this massive, busy city, has now become an obligatory attraction for any tourist visiting São Paulo.

The nightlife is among the best in the world

It follows that, as an incredibly cosmopolitan city, São Paulo would have a diverse and exciting nightlife. The richness of alternative culture in the city is hard to beat anywhere in the world, and one could go out every weekend for six months in São Paulo without ever doing the same thing twice. Events take place each week that encapsulate different music styles, cultural scenes, themes and settings—there really is something for everyone.

What’s more, the creativity and activism of nightlife organizers in São Paulo always throws up spontaneous experiences which often seek to reclaim unused urban spaces. How about a fancy-dress Brazilian electro rave in an abandoned bath house? A techno night in a tunnel leading onto one of São Paulo’s most important freeways? A street parade with a full brass band playing ’90s Eurodance classics at 3 a.m? Sound good? Come to São Paulo.

The soccer culture is contagious

Soccer, known locally as futebol, is by far the most popular sport in Brazil. And with five World Cup titles, Brazil has the most successful national team in the history of the game. São Paulo, a typically soccer-mad city with three huge clubs of its own (four if you count Santos, an hour away by car), is one of the best places to visit to properly experience Brazil’s futebol culture. 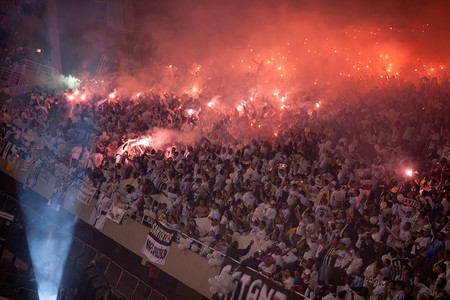 The best way to do it is by going to see a live match, either at the brand-new Allianz Parque or Arena Corinthians stadiums, or at the 73,000-capacity Morumbi. Tickets can be tricky to buy for tourists, often requiring you to visit the stadium one or two days before and pay in cash, though there are independent tours available. If there aren’t any matches on during your stay, be sure to check out the Museu do Futebol, Brazil’s best soccer museum, housed inside the beautiful municipal Pacaembu stadium. Alternatively, take a stroll down to your local bar while the match is on and soak up the fan atmosphere.

Its architecture is beautiful (and underrated)

São Paulo is often called an ugly city, or disparagingly referred to as a concrete jungle. While the latter is true—there is concrete everywhere and an incredible quantity of high-rise buildings that go on for miles and miles around—it is far from ugly. The city’s historic center, after passing through some decades of decay at the end of the 20th century, has been revitalized, allowing visitors to freely walk around its charming streets and admire the city’s oldest buildings. 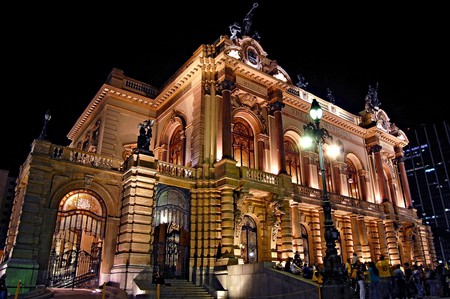 The city is also full of modern architecture, with many works by Oscar Niemeyer, Lina Bo Bardi, and Paulo Mendes da Rocha grabbing your attention as you walk around. MASP, the São Paulo Museum of Art, is a brutalist masterpiece, floating over Paulista Avenue on four bright-red concrete pillars, while the massive Copan apartment building in the city center is stunning with its beautiful curved façade.

It is full of stunning cultural centers

One of the best ways to spend an afternoon in São Paulo is by visiting one of its several free-to-enter cultural centers, each one more visually stunning than the last. The newest additions—Japan House (a project of the Japanese government to spread Japanese culture around the world), SESC 24 de Maio and Instituto Moreira Salles—are all aesthetically striking and contain some excellent exhibitions. 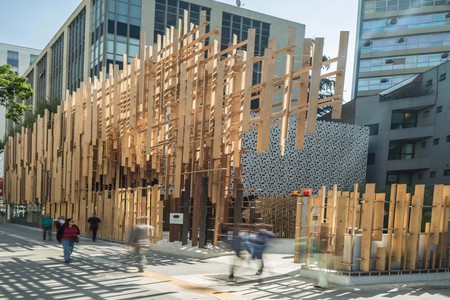 Elected as one of the world’s best urban parks by British newspaper The Guardian, Ibirapuera Park has to be seen to be believed. Its over 150 hectares of lush parks, lakes and museums, right in the middle of one of the world’s busiest cities, creates somewhat of an island of tranquility among the chaos. While it is certainly best appreciated by people who live in São Paulo, as a way of escaping the noise and rush, it is well worth a visit by tourists, especially those who want to tour its excellent museums. On sunny weekdays (it really fills up on Saturdays and Sundays), renting a bicycle and touring around the grounds is a magical experience. 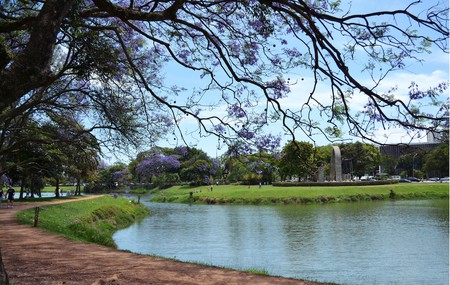 The luxury of Jardins

Though some of the best experiences in São Paulo are to be had in its more bohemian or working-class neighborhoods, sitting outside a local bar, sipping a cold beer and watching the city go by, there is also something to be said for seeing how the other half lives. The region of Jardins (made up of the neighborhoods Jardim América, Jardim Europa, Jardim Paulista and Jardim Paulistano), with its leafy and hilly streets, is one of the swankiest and most expensive parts of Latin America. 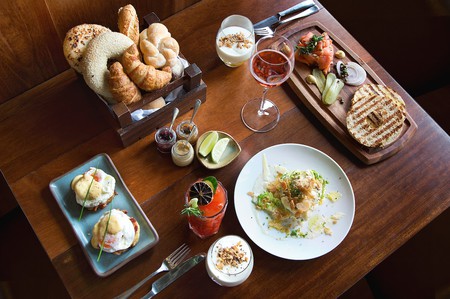 Whether it be having brunch on the roof of a fancy five-star hotel, window shopping on Rua Oscar Freire, eating Michelin-star food, or sipping cocktails made by the country’s best mixologists, Jardins is synonymous with luxury.

It is home to some breathtaking street art

One thing you may not initially notice about São Paulo is the complete absence of billboards in the city. This is a result of the Clean City Act of 2007, which banned large-scale outdoor advertising and regulated all forms of advertising at street-level. Once this is pointed out to you, you begin to see the city with a different pair of eyes, and you’ll inevitably notice lots of examples of São Paulo’s thriving street art scene. From massive murals, such as those of local graffiti icon Eduardo Kobra, to the smaller pieces found on street-level walls and all over the famous Beco do Batman (Batman Alley) in Vila Madalena, there is art everywhere you look. 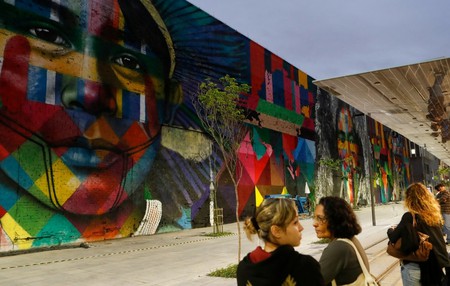 Often overlooked also is the São Paulo graffiti style known as pichação, which involves tags composed of a Paulista-specific alphabet which looks similar to ancient Celtic runes, daubed all over the highest and hardest-to-reach parts of the city’s buildings.