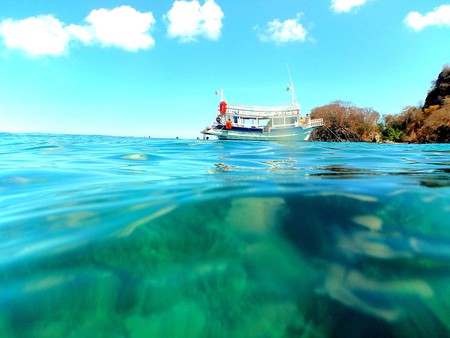 Fernando de Noronha, a volcanic archipelago made up of 21 tropical islands, is the symbol of paradise in Brazil, and its restrictions on visitor numbers and its premium prices make it seem all the more mysterious and exclusive. The white sand, turquoise waters, and charcoal-hued rocky peaks continue to draw in tourists, yet many parts of the island remain untouched. Here are 11 epic places to explore on Fernando de Noronha.

Long before it became the ecotourism spot it is today, since the late 19th century, Fernando de Noronha was used as a prison base. Both political and ordinary prisoners were sent here to serve their sentences on an island that would be impossible to escape from. Although the prisons are long gone, the structures remain and serve as a reminder that even a tropical island like Fernando de Noronha has its share of darker history. 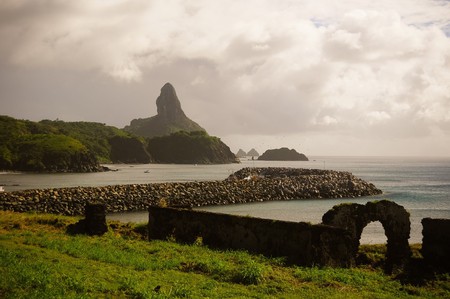 The locals on the island will probably know about this beach – it is, after all, considered to be one of the most beautiful beaches in Brazil. But the majority of Brazilians may have heard the name and seen the pictures, but not quite be able to place where it is. To get to the soft white sands and the pristine sea of Baia do Sancho beach, you need to descend a ladder wedged between the rocks, which adds to the marooned vibe. 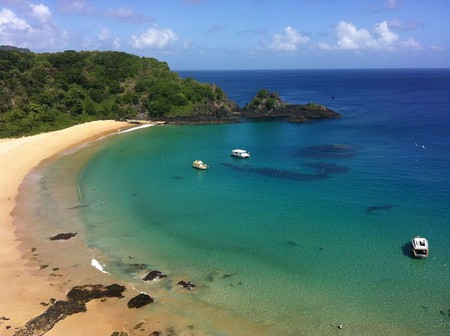 The best way of getting to know the island is not from the land, but from the water. Take a boat trip that explores all the hidden and less-visited beaches for a chance to set foot in a place that rarely gets visitors, other than the local seabirds and turtles.

Just 20 minutes away from the island, lying deep beneath the water, is the Corveta Ipiranga shipwreck, a well-preserved naval ship that sank in 1983 after the front of the vessel became damaged. Now lying at rest in the ocean, the ship is home to dozens of species of fish, including about 15 different species of shark.

The Baia dos Golfinhos, or Dolphin Bay, is one of the best places on the island to see dolphins. Every day, hundreds of spinner dolphins come to the bay to feed and rest. Spinner dolphins get their names from their unique behavior of leaping out of the water and spinning, sometimes up to seven times, before plunging back into the sea. 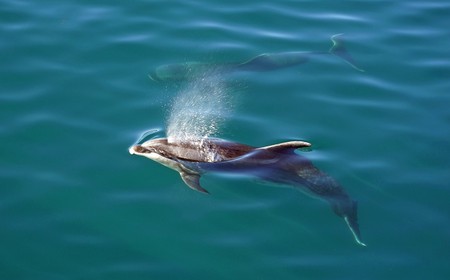 The Praia da Atalaia beach is not as well known as some of the other beaches, yet its daily tide pools that fill up with lobsters, octopuses, and tropical fish make it a wonderland for marine life spotting. The beach is protected by conservation laws that limit the number of people that can visit per day. To go there, you must make a reservation in advance, and be sure to not use sunscreen – it’s strictly prohibited as it can contaminate the water. 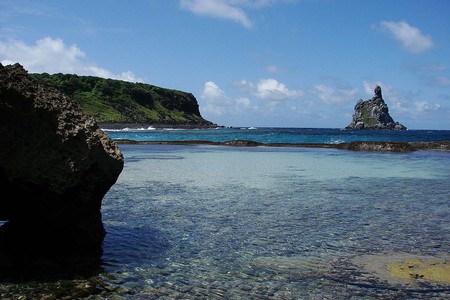 Being the main hub on the island, it may be well known by locals, yet it still has a few surprises in store. Head to the souvenir shops around the town and stock up on gifts there; some of the profits from the souvenir purchases help to support turtle conservation.

Take some time out to visit Project TAMAR, the island’s conservation project dedicated to turtle conservation. The center is informative and if you want to see turtles hatching, ask at the center – they often take visitors to see this incredible natural spectacle. 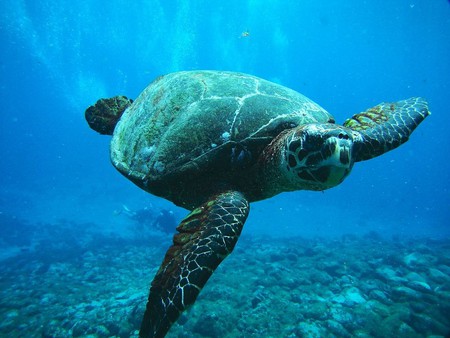 One of the lesser-known hikes, yet arguably one of the most stunning, the Costa Azul hike follows the coastline of Fernando de Noronha and is full of jaw-dropping views that await you around every corner.

The most popular beach for surfing is the Cacimbra do Padre beach, known for its high waves and perfect tubes. Yet you can escape the crowds and head to Boldro for a fantastic surfing spot with neat waves and warm water. After surfing, make sure to hang around for the sunset, which is one of the most beautiful on the island. 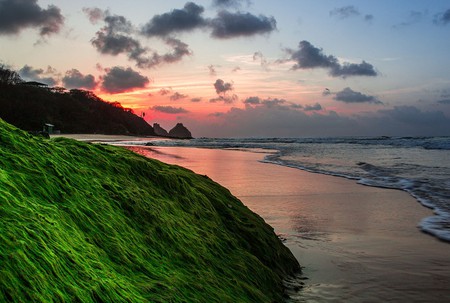 This tiny museum is packed full of fascinating facts and information about the island’s residents sharks. Not only is there a list of all the local species, there are also collections of jaw bones and teeth so that you can get an idea of just how big some of these sharks are.

Discover the range of watersports you can try on the island.