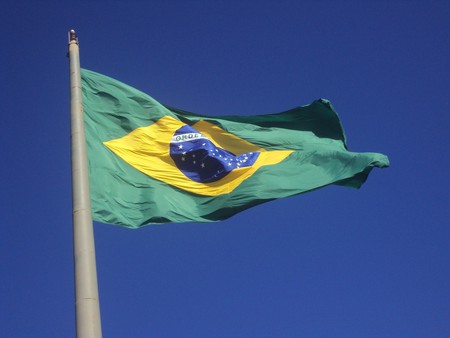 While we’ve already seen the Portuguese words used in English, the use of English words in Brazil is no secret. In the corporate world, Brazilian bosses will always remind you of your deadline, possibly offering to give you some feedback over a coffee break (all said in thick Brazilian accents—“caw-fee bray-kee,” for instance).

These are all English words, however, spelled as they are in English, and not featuring in the Portuguese dictionary. But there are several Portuguese words which are borrowed from English and have been formally “Brazilianized”—here are some of the best examples.

If you’re looking for a burger in Brazil, you’ll need to ask for a “hambúrguer” (am-BOOR-ger). The famous American hamburger arrived in Brazil in the 1950s when tennis player Robert Falkenburg (who won the Wimbledon singles championship in 1948) moved to Brazil to start the country’s first fast-food chain in Rio de Janeiro, called “Bob’s,” which is still one of the biggest in Brazil today. The pronunciation of the word “hamburger” was confusing for Brazilians, as the letter U in Portuguese takes on an “oo” sound, creating the Brazilianized version “hambúrguer.” 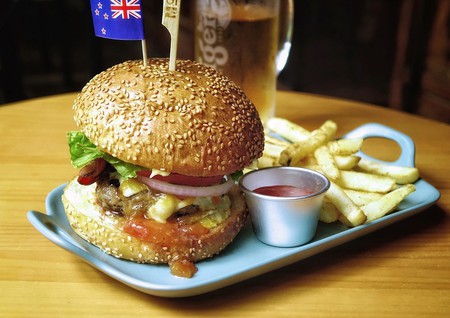 When touring Brazil’s beaches, there is no way to avoid the scores of advertisements offering “kitnets” for rent. If you haven’t guessed already, a kitnet is the Brazilian version of “kitchenette,” with the spelling differences explained by the fact that words or syllables ending in the letter T are often given a “tche” sound in Brazilian Portuguese. Pronounced “kee-tchee-neh-tchee,” Brazilian real estate developers often shorten it to simply “kitnet.” The equally odd-looking “quitnet” can also be found, as the letter K was not a part of the Portuguese alphabet until the Orthographic Agreement of 1990.

If you’re ever unfortunate enough to experience a power cut during your time in Brazil (certainly a possibility during the summer rainy season), you can use one of the funnier Brazilianized versions of English words. Blecaute, pronounced blek-ow-tchee, is a Brazilian take on the word “blackout.” If you fancy using something more traditionally Portuguese, a synonym of blecaute is apagão—which literally translates as “big switching-off.”

Sandwich is an English word used widely around the world in different languages, with Portuguese being no different. Germanic and Nordic languages use the word “sandwich” as is; Slavic languages prefer “sendvič,” while in Portuguese, it goes by the name of “sanduíche” (san-doo-EE-shee). 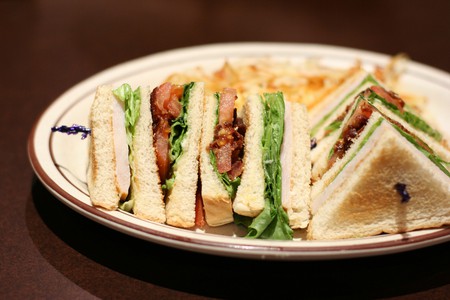 It may seem unlikely, but the English-speaking world taught Brazil how to flirt. Well, it taught them the name for it, at least. The word “flerte” (flirt) is also accompanied by the relevant verb “flertar”—eu flerto, tu flertas, ele flerta, nós flertamos, and eles flertam—while Brazil has gone even further by allowing you to “give a flirting” (dar uma flertada) to someone. We can’t work out whether or not that sounds like a positive thing.

Sinuca (see-noo-ka) comes from the English word “snooker,” and it is used in Brazil to refer to a number of different cue sports, such as pool, billiards or snooker itself. Portuguese even uses the expression sinuca de bico, meaning an uncomfortable situation that is difficult to get out of, quite like the English phrase “to be snookered.” 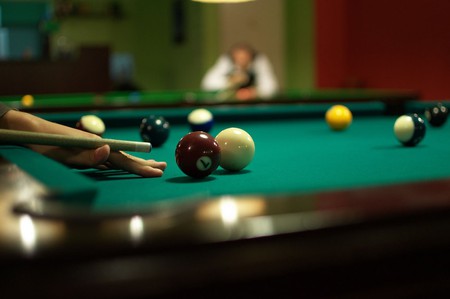 During the 1950s, the golden years of Rio de Janeiro when bossa nova was born, classy American bars and parties were hosted for Rio’s middle class, prompting the popularity of cocktails, or the Brazilianized version, coquetéis. Pronounced “caw-kee-teo,” it is the accepted Brazilian Portuguese term for any mixed alcoholic drink. There is even a traditional Brazilian cocktail called “rabo-de-galo,” the literal translation of cocktail, which is Brazilian cachaça mixed with red vermouth. 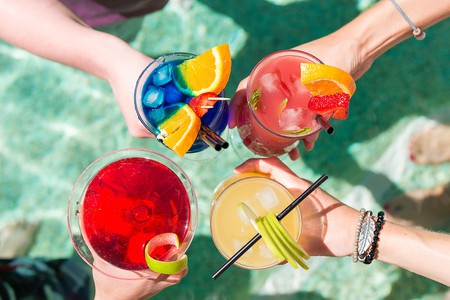 Although traditionally a Hindi word, Portuguese never had its own translation of the English “shampoo.” Unlike the other terms on this list, the Brazilianized version of shampoo (xampú) has the exact same pronunciation, but the spelling was adapted to make it easier to understand for Portuguese speakers. In Brazil, the letter X has a “sh” sound (X = “shees”), while the digraph “oo” does not exist in the Portuguese language, making shampoo into xampú.

While boxing has enjoyed spells of popularity in Brazil, it has always been seen as a bit of an American thing. As such, boxing journalists would use the English terminology when covering the sport, causing Brazilians to adopt a bunch of English words to talk about boxing. Fights are still separated into rounds (though pronounced hownd-jees), and they can hilariously be won by nocaute (nock-ow-tchee). 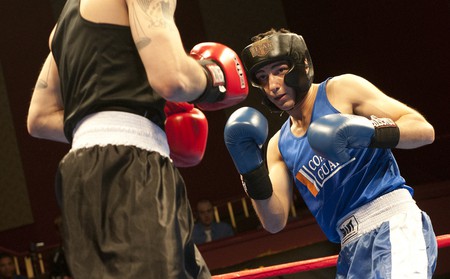 The Brazilian automotive industry is one of the worst culprits for using English words in place of potential Portuguese translations. Television commercials will show off the latest hatchback (hetch-ee-beck-ee), with its airbags (air-beg-ees), before inviting you to come down to the dealership for a test drive (tes-tchee dry-vee). Few of these words are in the dictionary though, unlike picape (peek-ah-pee)—the Portuguese “translation” for a pickup truck.