10 Traditional Brazilian Dances You Should Know About 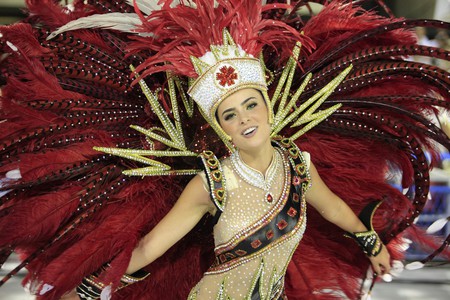 Brazil is truly the nation of music and dance. Spend a few days there and you will see how deeply rooted this is in the Brazilian culture. Some dances are well known, such as samba that has become a national symbol, while others remain under the radar. Here are 10 traditional Brazilian dances worth knowing about.

As the symbol of Brazil, any good list about traditional Brazilian dances has to start with samba. Samba is a Brazilian music genre and dance style notable for its fast footwork and flowing hip swings which, when coupled with the beats of a steel drum, seems to leave spectators in a trance. Its origins lie in the west coast of Africa, coming to Brazil through slavery. It is the music genre and dance most closely linked to Rio de Janeiro.

Jongo – sometimes known as caxambu – was brought over to Brazil through slavery and is thought to have originated from Angola. The dance is sometimes referred to as an ancient form of samba and a performance of jongo does prove that the step work is often very similar. Lively and spirited, the dance is performed to a harmonious group of people singing and playing simple instruments. It is sometimes associated with Umbanda, a religion with roots in Africa.

Often simply referred to as funk, Carioca funk has its own distinct style. Funk is a mix of Miami bass and African-style music, producing an underground, gritty sound – often accompanied with controversial lyrics about women, sex and drugs. The style of dance is popular among women in the baile funks – funk parties – and is similar to twerking, with emphasis on pronounced hip movement.

One of the most traditional dances out there, Bumba Meu Boi is a folklore tradition and is mostly celebrated in the north of the country around the same time as Festa Junina (June Festival). The event is based around a story of a bull that dies and is later resurrected, having influences of African, European, and indigenous cultures. The theatrical dance is very lively and performed in a circle with plenty of ornate costumes.

Forro originates from the northeast of Brazil, yet its popularity has spread across the country over the last few years, especially in the southeast. The dance is performed in pairs and ranges from a slow, intimate side shuffle, to a much more complex rhythm of fast footwork, swings and jumps, bearing some similarities to the waltz.

Found in the northern state of Pará in Brazil, Carimbó is classified as an indigenous dance and reflects artistic expression of the Amazonian culture. Typically, the women wear long, colorful skirts with large floral stamps and men and women dance together in a circle to the beat of a few simple yet rhythmic instruments.

Although not fully classified as a dance, it is a unique combination of martial arts, dance and acrobatics. To spectators, the hypnotizing music and fluidity of the moves certainly appear dance-like. Capoeira is another dance that has an African origin, coming over to Brazil through slavery. The moves include fast-paced sweeps, kicks and dodges with the lower body playing out most of the moves whilst the upper body balances the actions.

Lundu is an Afro-Brazilian dance and music, originating from Africa. Performed in a couple, the dance is relatively slow yet highly-charged and sensual. It has been identified as the root of choro (a Brazilian style of music) and samba.

Considered a fundamental part of forro, baião mixes various music and dance cultures from African, European and indigenous societies. Mostly found in the state of Pernambuco, it is often considered a rural dance. The music is kept simple yet lively with instruments such as the zabumba, the dance usually performed in pairs or in a group.

Xote is a typical type of forro dance that is incredibly versatile and has several variations across the country. Blending both European and African influences, it also incorporates elements of salsa, mambo and rumba, depending on the region in Brazil.