Looking at aerial photos of Rio de Janeiro will have anyone who is not a carioca, or native to Rio, tilting their head, trying to come to grips with the geographical composition of the city. The ocean runs along the famous beaches of Ipanema and Copacabana and enters an enormous bay, with the center of Rio de Janeiro looking across the inlet at another city. This bay, which gives Rio its beautifully unique look, is Guanabara Bay and its history is as intriguing as its appearance.

Creation of the bay

The impressive bay of Rio was not an overnight success. It was created over thousands of years of erosion, as the rise and fall of the Atlantic Ocean slowly ate away at the land and dragged it into the water.

View of the bay | © nuno_lopes / Pixabay

This slow shaping of the land has assisted in removing earth away from the base of one of the most iconic landmarks in Rio de Janeiro, Sugarloaf Mountain. Erosion sculpted the foundation of the enormous rock, making it an incredibly imposing monument and creating the illusion that it has fallen from the sky. 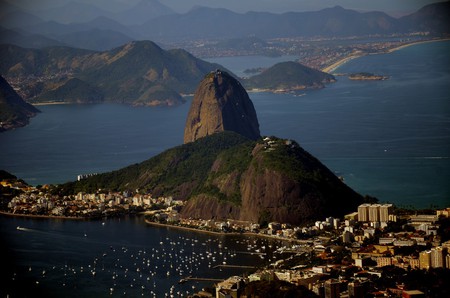 This hill, which means “hunchback,” is not as well-known as the globally renowned figure that stands atop it. A massive statue, known as Cristo Redentor, or Christ the Redeemer, towers above the bay “protecting” the city, with arms open wide as a symbol of peace.

Rio, having one of the most unique landscapes of any coastal city, is accentuated by the presence of the Serra do Mar, which stands right next to the coast. This mountain range that rims the edge of the Guanabara Bay continues 1500 kilometers (932 miles) along the coast of the state of Rio de Janeiro. 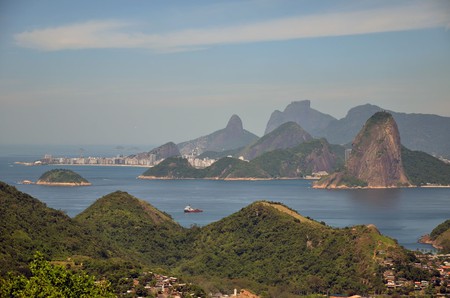 Before the Rio Olympics in 2016, a major concern for the city as a contender was regarding watersports at Guanabara Bay. The bay is often relatively calm, due to the mountainous protection, however it was once a common dumping site for garbage, and objects like couches and washing machines have been found at the bottom. 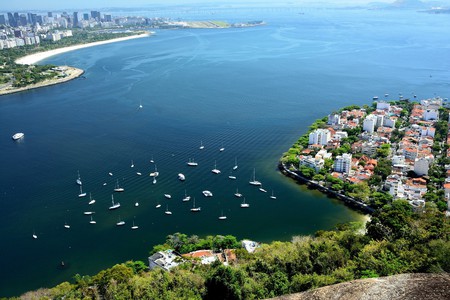 Guanabara Bay from above | © chulhwan / Pixabay

On a clear day, as you peer west towards the bay from the top of Sugarloaf Mountain, you’ll be able to see the end of the water and the mainland of Brazil. If conditions are right, you’ll also be able to see a few of the 130 islands that rise up from the bay waters.

One of the bay islands was once occupied by the French. It was subsequently then named after their admiral, Nicolas Durand de Villegagnon. Yet even after the French fled the island, the name remained and it is now home to the Naval School of Brazil. 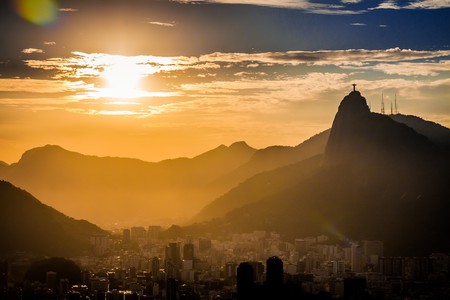 One of the greatest minds in human history, Charles Darwin made the journey over to Rio de Janeiro and, upon his arrival in the bay, fell in love with its beauty. His journey was not simply a vacation, as he conducted experiments on the bay’s soil, and was one of the brains behind both the erosion theory of the creation of the bay, and the theory that tectonic plates are the reason such sheer cliffs are located so close the sea.

The origin of the bay’s name is up for debate and split between two tribes that inhabited the area. One side claims that the native Tamoio people gave the bay its name, which in their language translates to “arm of the sea,” while it is also remarked that the Tupi named the bay, meaning “bosom of the sea.”

Stunning skyline of Guanabara | © nuno_lopes / Pixabay
Give us feedback