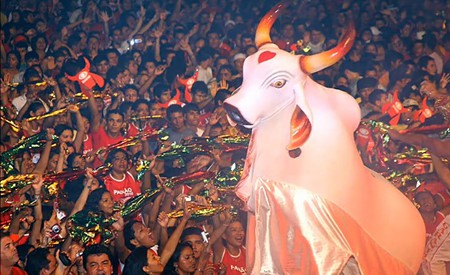 It has several names 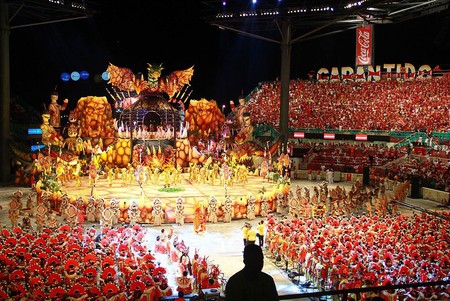 The performance by Garantido, the red team in Festival do Bumba Boi | © Bianca Paiva/Agência Brasil / WikiCommons

It’s located near the Amazon rainforest

The festival takes place in a municipality called Parintins in the Amazonas state of Brazil. Surrounding the municipality is the Amazon rainforest and the region is made up of dense vegetation, large rivers, and fertile sandbanks.

The Festival do Boi Bumba is one of the largest festivals in Brazil, second only to Carnival in Rio de Janeiro and Salvador. It attracts more participants than Carnival does in Sao Paulo, Recife, and Belo Horizonte, some of Brazil’s largest and most populous cities. 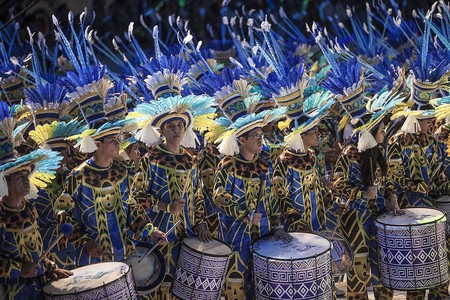 It takes place over three days

The festival is a non-stop party over three days and takes place at the end of June. This year, the Festival do Boi Bumba will begin on Friday June 29th until Sunday July 1st.

The festival is centered around a resurrected ox

Although the story has uncountable versions, the whole festival is based on the story of an ox who died and was later resurrected. Exactly who this ox was, how he died, and how he came back to life is totally open to interpretation – and it’s this storytelling that is the whole point of the festival as two teams attempt to win with their own version of what happened.

There are two teams that compete to win

The Festival do Bumba Boi has two teams – Garantido (whose fans dress in red) and Caprichoso (whose fans dress in blue) – and they compete to tell their version of the story of the resurrected ox. Similar to Carnival, the teams use songs, dance, elaborate costumes, and giant floats to present their story to a panel of judges during the parades. Each team has to give six performances over the three days and the judges will decide who had the most exciting and most concise act. 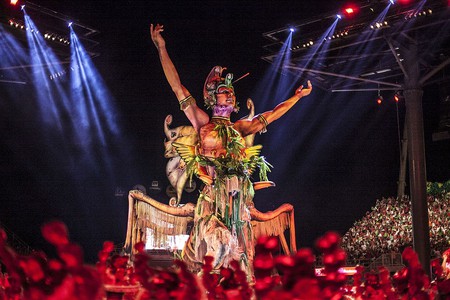 Each performance lasts two and a half hours

Each team has two and a half hours to present their performance to the judges. If they go over this time, then they face time penalties and precious points will be deducted from their overall score.

The parades take place in the ‘Bumbodromo’ 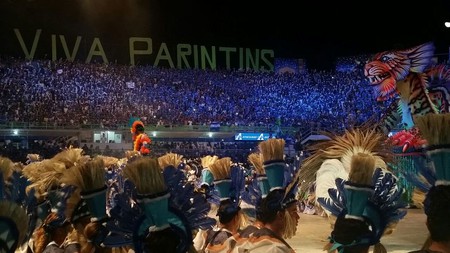 To watch the parades in the Bumbodromo, spectators have to buy tickets in advance. There are several choices of tickets from VIP stands (known as ‘camarotes‘) to standard seating and a space for standing. Prices vary accordingly and it’s best to purchase tickets in advance to avoid any disappointment.

Prepare for the festival

With nightly performances, daytime street parties, and elaborate acts, it’s easy to get lost in everything that’s going on. The best way to make the most of Festival do Bumba Boi is to prepare in advance by deciding which team you’re going to support and reading about their performances to be able to follow the story of the parades better. If you don’t go to the Bumbodromo, simply enjoy the festivities and electric vibe of the street parties outside.