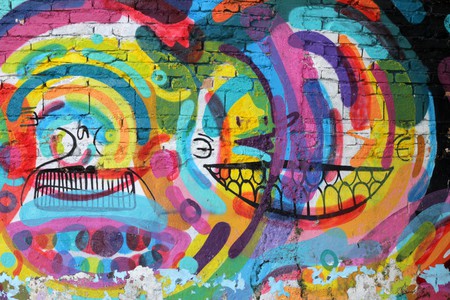 As one of the culture hubs of South America, São Paulo has dozens of museums and hundreds of art galleries, with artists from all mediums and backgrounds showing their talent. The great number of artists working in the city makes it difficult to choose only a few contemporary artists to showcase, but here are 10 that we think you should keep your eye on.

Using materials recycled from São Paulo, artist Henrique Oliveira creates wooden shapes that explode from the walls and floors, and twist and turn around tables and ceilings. His installations have traveled to France, Germany, the U.S. and even the Congo. In 2014 a massive tree trunk which snaked around the floors of São Paulo’s Museum of Contemporary Art (MAC) was visited by tens of thousands of people.

Nominated for the PIPA Award in 2016, the artist works with photography, video, performance, rituals, and installations which focus on Latin and Afro-Brazilian cultures. In 2016 he showed his newest series of work entitled Aceita? (Do you accept?) at the Dakar Biennale Art Show, Dak’Art. The series of photographs features the artist’s own hand holding different objects while offering them to the viewer.

Nominated in 2016 for the prestigious PIPA Award, the paintings and drawings of Mariannita Luzzati show idyllic and contemplative landscapes, with no urban signs or human interference in the scenario. She says that in 2010 she started to feel the urge to remove urban elements from her paintings so that the landscapes could be seen in their natural state, without intervention from man.

Artist Ana Elisa Egreja, says that she paints utopian environments and imaginary worlds. Her most recent paintings are still-lifes of commonly found objects – a watermelon, an octopus, flowers. The ultra-realistic paintings, however, always have an item that is somewhat out of place, for example a skull among fruits and flowers, or a swan in a bathtub.

While still a student at São Paulo University, Theo Craveiro saw the police enter his apartment and accuse him of being a money forger. In fact his “counterfeiting” was part of an art project for the São Paulo Museum of Contemporary Art (MAC). Later, trying to “get discovered,” he created a portable museum, where he would exhibit his work in the open space underneath the MASP (Museum of Art of São Paulo). His big break came in 2011 when he was asked to exhibit one of his works at the Istanbul Bienniale and at the Cité Internationale des Arts, Paris. His work today can be seen at the MAC or in the houses of private collectors.

Already a successful singer, Cibelle Cavalli Bastos decided a few years ago to expand her horizons towards the visual arts. The artist works with different mediums and different raw materials (latex, ceramics, paint, video). Much of her work is about the “monster” around us and within us and the construction of one’s identity, influenced by gender, culture, politics and social environment. Much of her work is an invitation not only to think about the human body, but also an exercise in perception and internal conscience – about what people see versus who you really are.

Previously experimenting with the different types of image reproduction such as screen printing and wood engraving, Laerte Ramos’ focus shifted to three-dimensional objects after spending time at the prestigious EKWC (European Ceramic Work Center) in the Netherlands. The result of this shift is seen in his most recent work that depicts ceramic miniatures of everyday objects.

The multimedia artist uses various techniques, such as painting, photography and video, but has defined herself as an image producer. Her work has gone from illustration to performances to metal engraving works and silk-screening. She has also touched many topics, from the violence present in large cities to typical photos of family albums and shapes of everyday objects, such as vinegar bottles.

His work shows the conflict between traditional art and contemporary forms by seeking to re-signify materials, everyday phenomena and the genres of art. The artist works with collages, using wood, paper and other materials to re-think and rediscover geometric shapes.