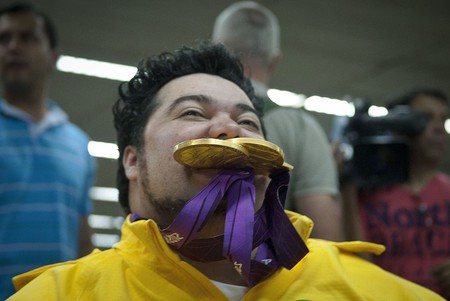 If the Olympics has the wow-factor, then the Paralympics undoubtedly has the crown for most inspiring. The Paralympian athletes, with their determination and positive thinking, turn a disability into something incredible, and this year’s Paralympics (held between September 7th – 18th in Rio de Janeiro) is the perfect platform to showcase such achievements. In keeping with the host nation, we round-up the top ten Brazilian Paralympians to look our for in the games.

Paralympic swimmer Daniel Dias holds the most gold medals for Brazil. After seeing Brazilian Clodoaldo Silva compete in the swimming at Athens in 2004, Dias was inspired to take it up himself and he hasn’t looked back since. He won six gold medals at the last Olympics in London in 2012, and took home an incredible eight medals from all of his eight events at the Parapan Am Games in Toronto in 2015. 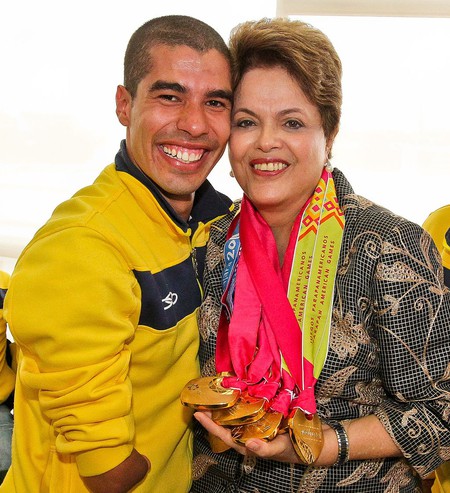 Brito is considered one of the best players in the world in 7-a-side football, and is hoping to take home the gold for Brazil, the first time ever in this sport. In the Parapan American games, the Brazilian team managed to secure a gold medal, putting them in a comfortable spot as a strong contender in future games. A game to look out for with this team is against Russia and Ukraine, Brazil’s biggest competition in this sport at the Paralympics.

Brazil’s other hope for a medal in the swimming, Brasil is a seven-time Paralympic gold medalist and is expected to give a memorable performance this year. His philosophy of ‘work hard and have faith as nothing comes easy’ has proved to have a positive influence in his life with his strong track record. In 2015, he won three world titles as well as wining six gold medals in Toronto. 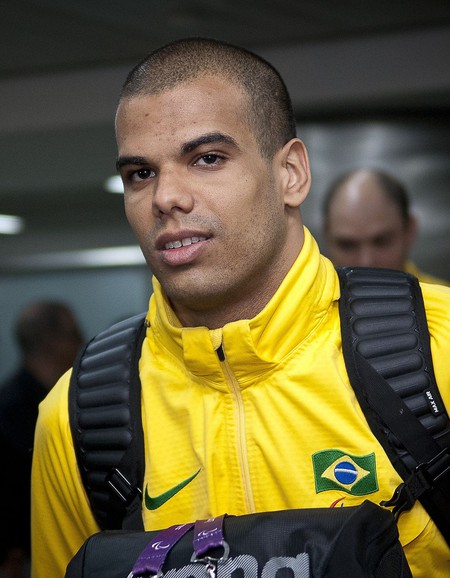 Another event to watch out for is in the athletics with sprinter Veronica Hipolito, a two-time gold medal champion at the recent Caixa Loterias Athletics Open Championship. Hipolito was unable to compete in the World Championships due to surgery to remove a part of her intestine, yet now she has recovered and is looking to get back on track by winning some medals in this year’s Paralympics.

Guilhermina will compete in the athletics in the category for totally blind sprinters. She trained early in the season last year with Usain Bolt, which followed a series of successes. She holds the world record in the 100-meter and 200-meter sprints, she won her first gold medal at Beijing 2008, and in the IPC Athletics in 2011, she took home four gold medals. This year, all eyes will be on Guilhermina and China’s Cuiqing Liu to see who will get the gold. 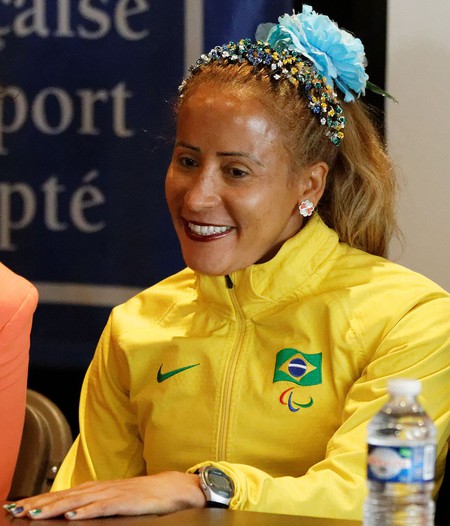 After taking home a bronze at London 2012 in the visually impaired judo event, Tenorio almost decided to hang up his boots, but he decided to have one last shot on home turf. If he wins a medal this year, he will be a record holder of six Judo medals in succession in the Paralympics. His success began in Atlanta in 1996, and continued with four successive Paralympic golds in 2008 at Beijing. He lost his sight in his left eye when he was thirteen after an accident with a slingshot. Six years later, an infection took the vision of his right one, leaving him totally blind.

Marques is one of the athletes expected to get a gold for Brazil in the goalball. Goalball is a team sport specifically designed for blind athletes and comes from a rehabilitation exercise that was designed for the visually impaired veterans of World War Two. A strong contender for a medal, he has already tucked two golds under his belt at the Parapan American in 2011 and 2015. He also won a silver at the London Paralympics in 2012.

Pinto competes in Boccia, a precision ball sport similar to bowls. Since his appearance in Beijing in 2008, he has dominated every major tournament he has attended, both in individual and paired events. He was introduced to Boccia at 22 years old, an introduction that he says changed his life. With a long list of gold medals behind him, he believes that this year will be the peak in his career, giving the expectations of an exciting performance.

Ricardinho (a nickname that he is commonly referred to in Brazil and at sporting events that means ‘Little Ricardo’) is one of Brazil’s largest success stories for 5-a-side football, with an impressive series of wins and medals. Since 2007, his team has won every single major title that they have competed for, and in the Paraylmpics they hold a 100% record of wins. In the World Championships in 2014, Ricardinho was given the title of Most Valuable Player, making him an important asset in this year’s team.

At just 22 years old, Mayara will aim to take a medal at this year’s Paralympics to follow her past successes. She was noticed after taking a gold in both the women’s singles and doubles at the Parapan American Games. Nowadays, she is number one in Brazil in wheelchair tennis and ranked twenty-third in the world. At a young age and with a lot of talent, Mayara is one athlete to watch this year and in the future too.