Zona Sur And The End Of Bolivian Apartheid 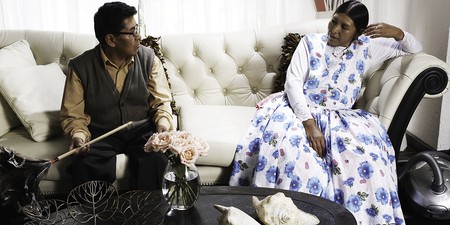 The Bolivian film industry has garnered a reputation over recent decades for producing exceptionally thought provoking and beautiful films. This is exemplified by Juan Carlos Valdivia’s Zona Sur, which portrays ethnic strife in La Paz, at a time of deep social upheaval.

The size of Bolivia and the commensurate difficulty in securing funding mean that only a few films come out of Bolivia each year. However of those few films a high degree are lauded and exported to art house cinemas across the globe. Juan Carlos Valdivia’s Zona Sur, which translates as Southern District, is one such film. It was shown at the London Film Festival in 2010, and won both the Best Director and Best Screenplay awards in the World Cinema section of the 2010 Sundance Awards.

Valdivia’s Zona Sur is a deeply moving portrayal of social change; particularly the ways in which large scale social changes tickle down to affect families and individuals. It depicts the lives of a wealthy family living in the ‘Southern District’ of La Paz, and their servants who are representatives of the indigenous Aymaran community in Bolivia. Through the interactions between the put upon mother, her bored and apathetic children and the servants, who struggle with discrimination, Valdivia makes a statement about Bolivian society during a time of extreme upheaval. His film marks the disintegration of the conventional class system in Bolivia and the increase in the influence of the indigenous population, who are a majority in Bolivia but who had previously been marginalized by the descendants of European settlers. Filmed during a period when Evo Morales, the first Aymara President, was coming to power, Zona Sur offers a depiction of the end of what has been colloquially called ‘Bolivian Apartheid’.

The film also marks the Bolivian contribution to the ‘Latin American Wave’ in cinema, in which the films of the subcontinent came to be recognized worldwide for their beauty, profundity and a political consciousness which surpassed anything that Hollywood could muster. Valdivia’s American Visa could also be included within this Latin American Wave, the most celebrated releases of which were Brazil’s City of God and Mexico’s Amores Perros and Y Tu Mamá También. 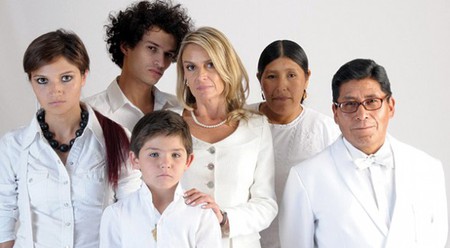