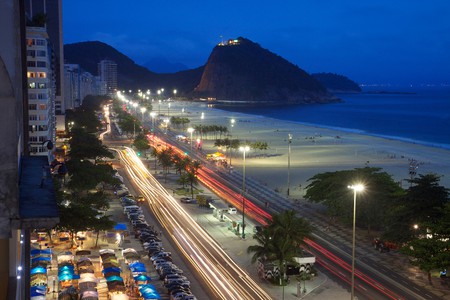 What do a quaint Bolivian lakeside town and the world’s most famous beach have in common? Not much more than a name. There is an interesting story behind the word ‘Copacabana’, a tale which demonstrates just how successfully Catholicism has dominated South America. Read on to find out more.

‘Copacabana’ – where did it come from?

The word ‘Copacabana’ was first thought to have originated in present day Bolivia from the Aymara phrase ‘kota kahuana‘, which means ‘view of the lake’, in reference to Lake Titicaca. Later, however, a Spanish scholar discovered that ‘Kotakawana’ is the name of the Andean god of fertility, a fact backed up by the unearthing of several local shrines dedicated to the deity. 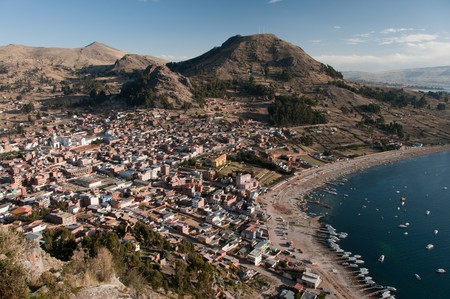 The name Kotakawana was used by the indigenous Aymara people of the altiplano (high plains) for centuries, before being eventually adopted by the Spanish who used it for a town they built on Lake Titicaca.

In 1582, during colonization, a devout catholic by the name of Francisco Tito Yupanqui was living in the lakeside Bolivian town. Tito, who happened to be a descendant of the original Inca emperors, wanted to craft a virgin statue for his hometown after being inspired by the divine beauty of those he had visited in La Paz. But despite his best efforts, his statues were rejected by his fellow Catholic clergymen. Determined not to give up, he traveled all the way to Potosi to study the art of sculpting from some of the best teachers in the land.

Eventually, Tito succeeded in creating a his own masterpiece and carried it some 400 miles (640 km) back to Copacabana on foot. Upon being accepted by the church, the newly crafted Virgin of Copacabana was quickly credited with a number of miracles. A group of fishermen caught in a deadly storm swore to have seen an apparition of the virgin who guided them safely ashore. Others spoke of more sinister supernatural incidents such as the crops of disbelievers inexplicably wilting away. Shortly afterwards, word of the Virgin of Copacabana’s incredible powers spread far and wide, prompting a great basilica to be built in the middle of town in her honor. 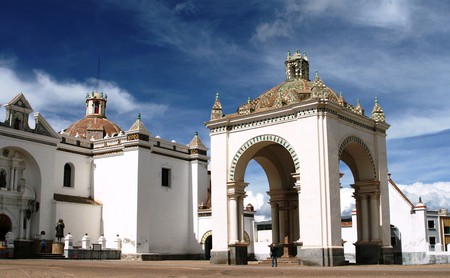 The Basilica of the Virgin of Copacabana | © Carlos Adampol Galindo/Flickr

Later, during the Bolivian War of Independence, the basilica was ransacked and various precious artefacts were stolen from the statue. However, the robbers were careful not to damage the virgin, testimony to how respected and feared this sacred effigy had become. Once independence had been achieved in 1825, the Virgin of Copacabana was declared the patron saint of the newly established nation of Bolivia, an honor of huge significance.

These days, this centuries-old wooden statue attracts thousands of pilgrims to Copacabana, primarily modest folk who suffer great financial burden just to catch a glimpse of the divine sculpture. Worship reaches fever pitch on February 2nd, when the town celebrates the virgin’s feast day with food, dance, music and beer (this is Bolivia, after all). 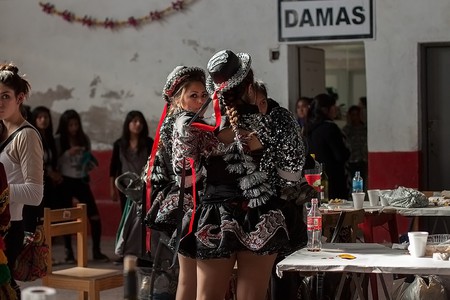 But what does a wooden statue in Bolivia have to do with a beach full of bikini-clad babes in Brazil? It’s actually quite simple. Rio de Janeiro’s Copacabana beach originally went by the name of Sacopenapã (the way of the socós, a kind of bird). In the 18th century, a small shrine dedicated to the now-famous Virgin of Copacabana was constructed near the beach. Such was the devotion to this legendary figure that a local council on the other end of the continent voted to rename their most prime piece of real estate in her honor.

So, if you’re lucky enough to be sipping caipirinhas on the world’s most happening beach amid a sea of impossibly beautiful locals this summer, remember that the name of this hedonistic stretch of sand originates from a catholic virgin and, inadvertently, the Andean god of fertility and fortification.