Why Is Sucre Known as the City with Four Names? 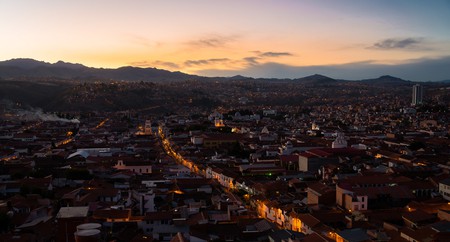 Sucre has always played an important role in Bolivian history. From early indigenous settlers who were overrun by the Incas, to Spanish colonization and the continent’s very first push for independence. Read on to learn about Sucre’s fascinating history and why the city has existed under four different names.

Early indigenous inhabitants lived in the area as far back as 10,000 years ago, naming the region Charcas. Not much is known about these people, other than they lived in relative harmony with the land and neighboring tribes. In the 15th century, the Incas marched in and took control of the region against little resistance, remaining in power until the arrival of the Spanish. 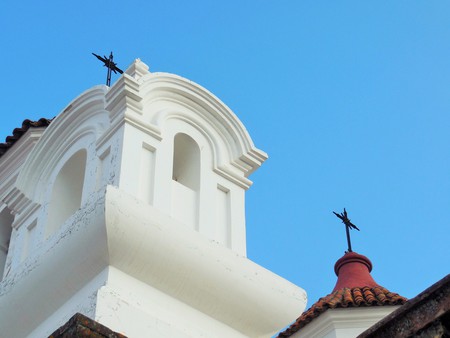 In the early 16th century, the Spanish came in and dominated the Incas, founding Villa de la Plata de la Nueva Toledo in 1540. The city was more commonly referred to as La Plata (silver) in reference to the silver-rich mines discovered in nearby Potosí. These mines made the Spaniards flush with wealth, enabling them to spend enormous amounts of money to build Sucre into the elegant city of exquisite neo-classical architecture that can be seen today. La Plata was given the authority to rule over vast regions of present day Argentina, Paraguay, Chile, Bolivia and Peru. It was, at the time, one of the most important cities of the Spanish New World Empire. 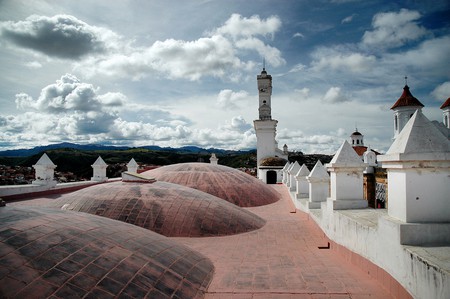 In 1776, the Spanish founded El Viceroy de la Río de La Plata in Buenos Aires to take authority over the entire region. To ensure there was no confusion between the two jurisdictions, La Plata was renamed as Chuquisaca, a poorly pronounced Spanish version of the original indigenous Charcas settlement of Choquechaca. Most of Chuquisaca’s power was lost to Buenos Aires, and the excessive influx of wealth from the nearby Potosí mines slowed down to a trickle. This sent the city into an economic and political decline which eventually led to an uprising by students and nationalists dubbed El primer grito de la libertad – “the first cry of liberty” – on May 25, 1809, a day that is widely celebrated across the continent. The uprising began that day with the ringing of a bell in the San Francisco Basilica in the city center, an action carried out with such vigor that the bell actually broke – the remnants can be seen in a Sucre museum.

Bolivia was the first country in Latin America to declare independence, a monumental moment that inspired the entire continent to follow suit. But it was also the last to achieve it, not breaking free from Spanish rule until 1825 after a series of long and drawn out battles. 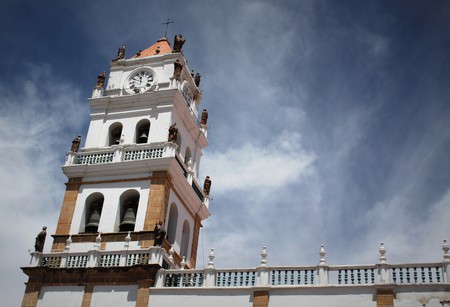 Simón Bolívar, a distinguished war hero and leader of the independence movement, was awarded the title of president of the new nation. He served just a few months before voluntarily passing it on to his war time companion, Antonio José de Sucre. In 1839, La Plata was proclaimed the capital of Bolivia and given the name of Sucre to honor the former president. Later that century, a fierce civil war ensued which ultimately stripped Sucre of many of its powers. While still recognized as the official capital under the Bolivian constitution, Sucre only remains in control over the judicial branch of government, with the rest falling under the authority of La Paz. 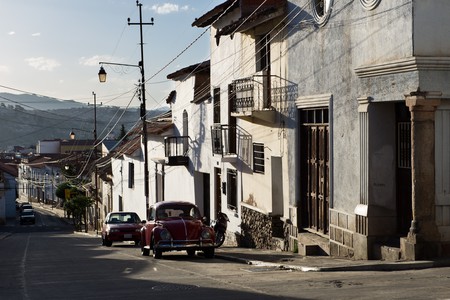 Sucre street | © vincentraal/Flickr
Give us feedback