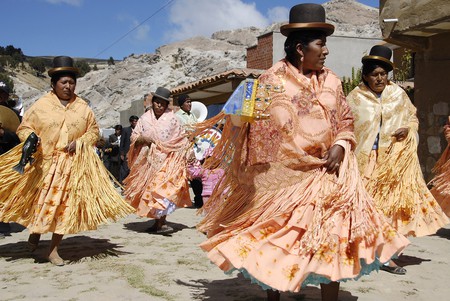 A group of middle-aged indigenous women, known locally as cholitas, have proven to the world that age is no limit by scaling some of Bolivia’s toughest mountains. A feat normally reserved for serious adventurers, these everyday women successfully scaled Bolivia’s toughest peak in 2016, creating a storm in the international media. This is the story about a group of hardy ladies breaking gender stereotypes by pulling off what many tough men have failed to achieve.

The group of Aymara women formed a strong friendship through the one thing they had in common – their husbands were all mountaineers working in Bolivia’s tourism industry. One of the ladies asked her husband what it was like to reach the top of Mount Illimani, the country’s most difficult mountain, to which he replied, ‘Why don’t you find out for yourself?’ 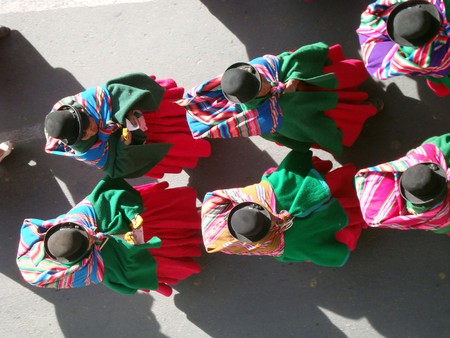 Shortly afterwards an agreement was made. This group of normally nonathletic cholitas would reach the enormous heights of their macho bread-winning husbands by scaling the highest peaks in the country for themselves. To work their way up to the challenge, the gang started off with an easy climb up Huayna Potosi, whose peak lies a mere 19,950 feet (6080 m) above sea level. Easy being a relative term of course, it’s still an arduous ascent.

The women made it to the top dressed in their traditional pollera (skirts) with windproof pants and crampons hidden underneath and their typical bowler hats swapped out for a helmet and headlamp. The success gave them the confidence to scale a number of other grueling ascents in preparation for their biggest challenge. 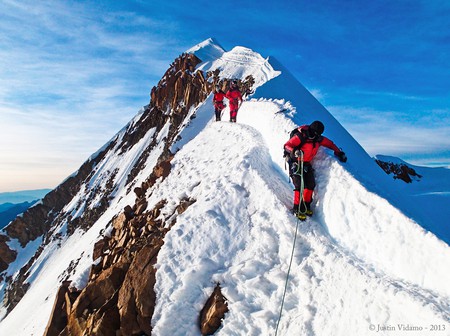 With a film crew on hand to record the endeavor, the women conquered Bolivia’s most notorious mountain. The majestic peaks of Illimani are thought to be the guardian angel of La Paz, ever-present and ominously gazing down on the city below. As the highest mountain in Bolivia’s Cordillera Real, and one of the highest and most technical in the country, Illimani is no easy feat. Many brave and experienced mountaineers have been forced to turn away from her summit by blistering snowstorms or the threat of deadly avalanches.

But they made it, against all expectations, and have the photographic evidence to prove it. The brave women are not willing to call it quits just yet. They’re planning to raise the Bolivian flag on the top of Aconcagua, the western hemisphere’s highest and most treacherous mountain.

Ain’t no mountain high enough for this group of cholitas.