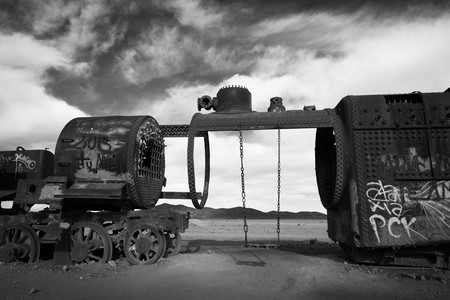 Most people head to Uyuni to tour Bolivia‘s incredible salt flats and the surreal landscapes of the surrounding region. But there is another lesser-known attraction on the outskirts of town that is worthy of a visit. Hauntingly beautiful, the Cementerio de Trenes (Train Cemetery) is an open-air museum of rusted out relics from when railway was big business in the region. 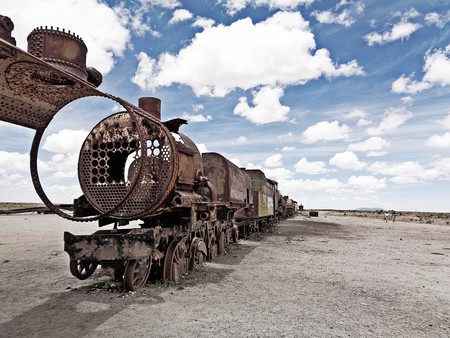 In the 19th century, scores of British engineers and laborers descended on the town to build a connection between the local mines, La Paz and the seaports of Chile. 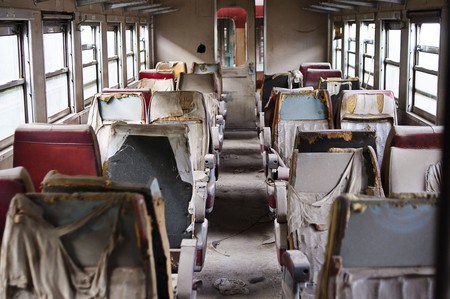 Working under the Antofogasta and Bolivian Railroad Company, they founded a sizable community and built an extensive railway network, transforming the sleepy town of Uyuni into an important transportation hub. 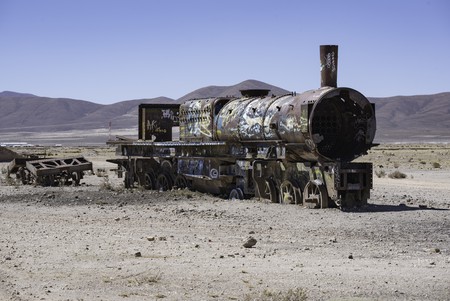 As part of Uyuni’s industrialization, a rail car factory was founded that manufactured many of the relics that can be seen today. Most of the hollowed out shells on display were built in the early 20th century. 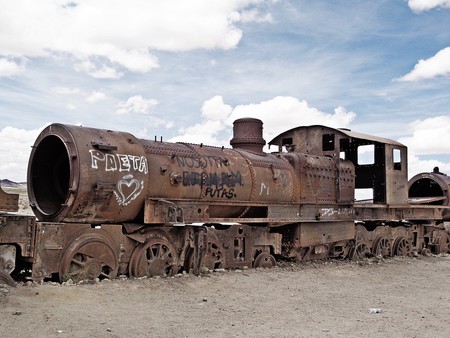 But in the 1940s, mining went into serious decline as resources began to run dry. With no economic incentive to continue operations, the Antofogasta and Bolivian Railroad Company abandoned the region and left these husks to rust in the high altitude desert. 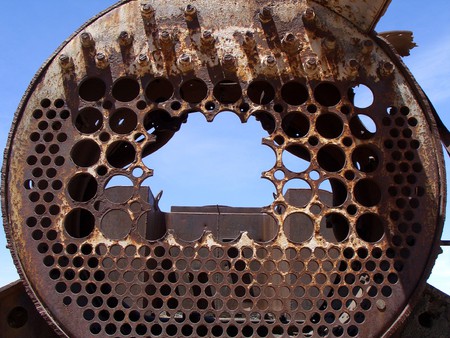 Dozens of trains are scattered haphazardly around the area. Usable metal has long been stripped for scrap while many of the decrepit locomotives have been covered in graffiti by local youths. 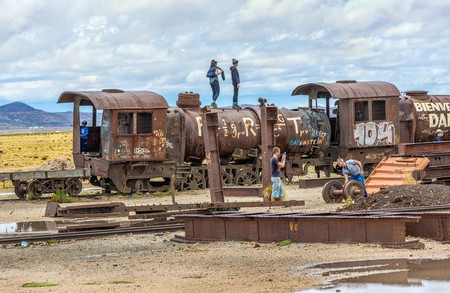 In most climates, these hundred-year-old machines would still be relatively in tact. But in Uyuni, harsh winds carry salt from the nearby salar which significantly accelerates corrosion. Many look like they could be centuries old. 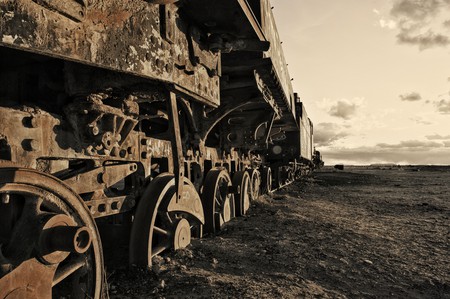 The wrecks are all fully climbable. One hull has even been converted into a swing – the perfect Instagram photo op to share with the folks back home. 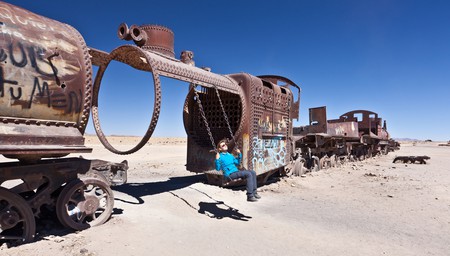 The train cemetery is included in almost all salt flat tours. However, most visit at the same time which makes the place rather crowded. To visit in more solitude – a far more impressionable experience – jump in a taxi for 10 BOB (US$1.50) in the early morning or late afternoon. 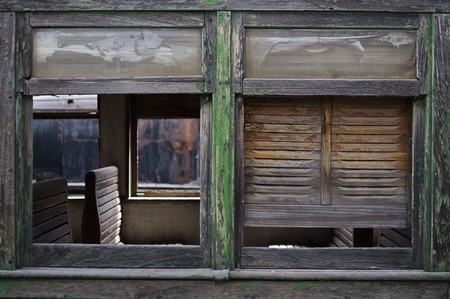