This Bolivian Restaurant Offers 3-Course Gourmet Meals for Only $9 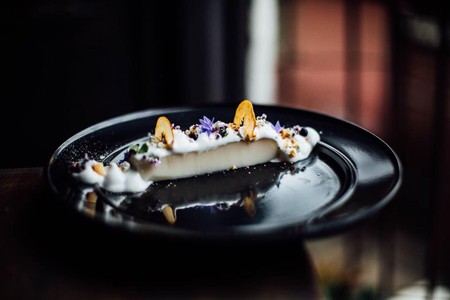 A relative newcomer to the La Paz gastronomy scene is redefining not only Bolivia’s national cuisine, but also existing preconceptions of gourmet food. Known simply as Cocina Popular Boliviana, this refreshingly unpretentious fine-dining locale serves up a world-class three-course tasting menu for just over US$8.

For many, both in Bolivia and elsewhere in the world, fine dining is a rare luxury. This is exactly what co-founders—La Paz natives Juan Pablo Reyes, Alexandra Meleán, and Diego Rodas—have set about to change. Indeed, in this context, popular means “common,” implying their delectable fare is not exclusively intended for the upper echelons of society. 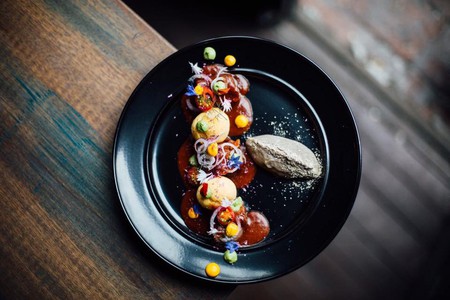 Granted, Bolivia’s “common” working class can typically only seek out meals in the US$1–2 range. Nevertheless, for the country’s burgeoning middle class, a 60BOB (US$8.60) lunch is entirely justifiable for a special occasion.

Hidden in a quaint 100-year-old former Christian church at the heart of La Paz’ historic tourist district, the restaurant’s whitewashed edifice overlooks a sunny patio which is home to some of the city’s most beloved tourist-orientated eateries. 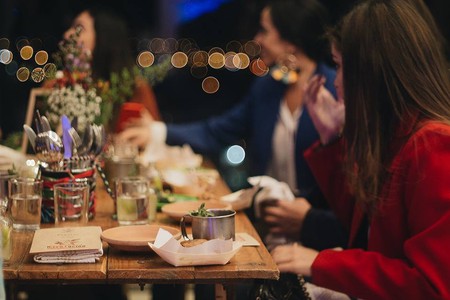 Yet since opening its doors in December 2017, Cocina Popular Boliviana has become the star of the show. In fact, diners should arrive at least half an hour before opening. Otherwise, they will be forced to wait at least an hour to secure a seat—an unprecedented occurrence in the restaurant-saturated city of La Paz.

Head chefs Reyes and Rodas honed their skills working in some of the city’s finest restaurants, such as Ona in Hotel Attix, as well as numerous prestigious establishments abroad. Upon acquiring the necessary knowledge, they decided to create their own place. 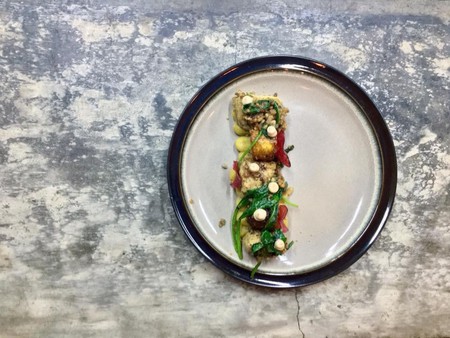 The idea was born through the friends’ passion to promote Bolivian cuisine. Much-lauded by the city’s toughest critics, their tasting menu uses local ingredients and traditional flavors with a unique contemporary flair. The intention, above all else, is to challenge, while simultaneously celebrating traditional Bolivian cooking methods.

“The memory, the aroma, and the flavor are what form Popular. Aroma is paramount for us because it is linked to memory, the aroma rooted in childhood from when your mother would feed you, the sense of trust you felt for the loved one who cared for you. That’s why there are no walls here that separate the kitchen from the rest of the restaurant,” Reyes told Pagina Siete when asked about the open kitchen. 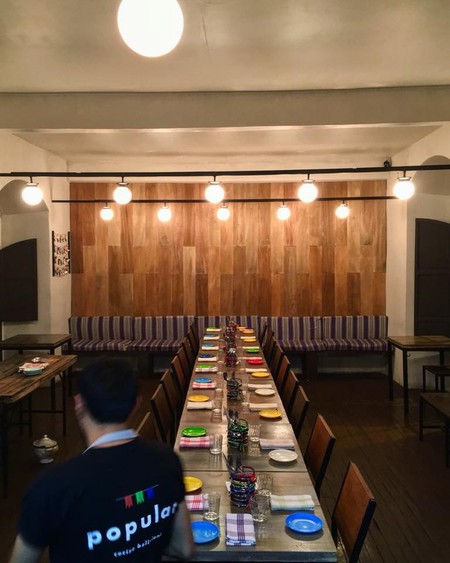 Upon serving each course, waiters explain the ingredients and the intention of the chefs. Aside from this, however, there is no other reference to the fine-dining scene. In fact, diners are casually encouraged to ask for a yapa (a little bit extra) of bread and llajua (spicy sauce). 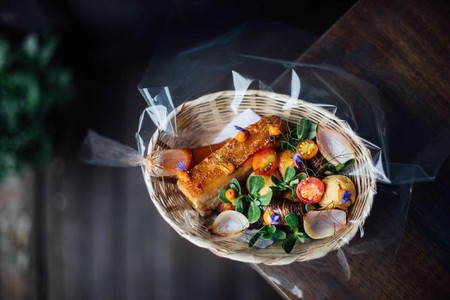 So what’s on the menu? The set lunch menu is constantly changing, a major drawcard for locals who revisit the restaurant time and time again. As an example, sajta de pollo (a traditional Bolivian oven-baked chicken dish) is enhanced with cheese and peanuts and served alongside blackberry, cherry tomatoes, ground broom, and Pimpernel—a far cry from the usual accompaniment of plain boiled rice.