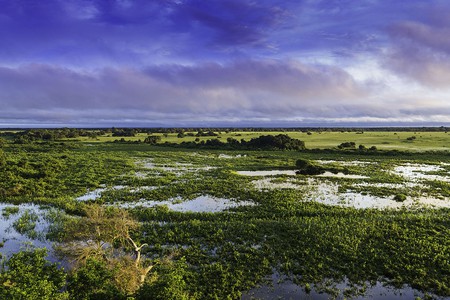 Looking for something outside of the popular tourist destinations? Keen to escape the crowds and get well off the beaten track? Well, in Bolivia there’s a wildlife-rich national park so undiscovered that it doesn’t feature in most guidebooks. Scratch that, it isn’t even listed on Google Maps.

Yes, you’ll have trouble locating the Otuquis National Park on your GPS. In case you were going to try anyway, it’s more or less here. But good luck navigating your way through the remote region without the assistance of a knowledgeable local guide.

Nestled on the border with Paraguay at the extreme eastern edge of Bolivia, Otuquis lies within the great Pantanal: the largest and most enchanting wetland on Earth. And as you would expect in such a humid, water-rich region, the Pantanal is positively teeming with life. 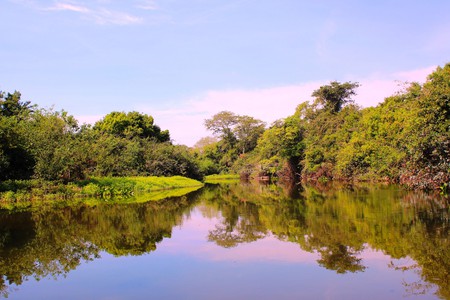 Otuquis may be the most seldom visited national park in Bolivia. Yet, in terms of wildlife, it’s among the best. Expect to come face to face with capybara, marsh deer, lesser anteaters, giant otters, or – if you’re particularly lucky – perhaps even the elusive maned wolf.

A distinct lack of human interference means life is relatively laid-back for these exotic wetland creatures. However, that doesn’t mean they can afford to be complacent. Predatory cats such as the jaguar, puma, ocelot and pampas cat have all been spotted on the prowl for their next feast. Despite being notoriously slippery creatures, an eagle-eyed guide may be all you need to catch a rare glimpse of these majestic big cats.

Spectacled caiman, caiman lizards, and yellow anacondas are just some of the reptiles that sliver their way around this muddy marsh. In fact, serpent enthusiasts are unlikely to leave disappointed as the park is the best place in Bolivia to spot anacondas. 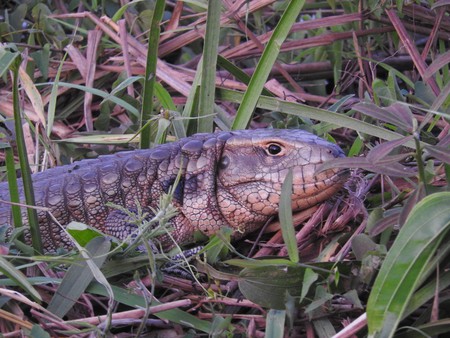 Travelers more interested in avifauna will enjoy some of the best bird watching in all of Bolivia. At any time of day, countless colorful species soar over the wetlands on the hunt for insects below. To spot them in greater numbers, be sure to insist on an early morning or late evening expedition. If the conditions are right, you may even witness a huge flock of birds as they come to snack on the schools of baitfish that gather in the murky estuaries of the swamp.

Regarding the seasons, scores of wildlife can be spotted throughout the wetland year-round. Those with an interest in anacondas and birdlife should opt for the dry season, which falls between April and November. 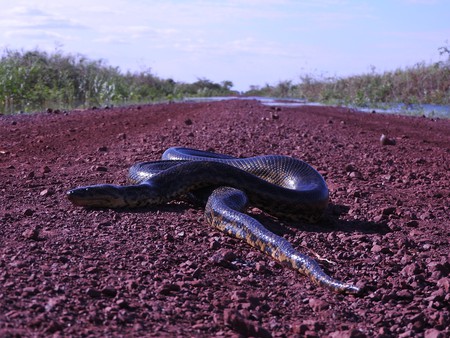 Given the utter isolation of the park, you’ll need to enlist the help of a professional. And as far as we’re aware, Nick’s Adventures is the only company in all of Bolivia to tour the area. You’ll be in good hands, though, for this professionally run outfit has a solid reputation in the region.

There is no tourist lodging inside the park, not even so much as a run-down shack. With that in mind, be ready to camp – which isn’t such an issue as your guide will take care of all the logistics on your behalf. 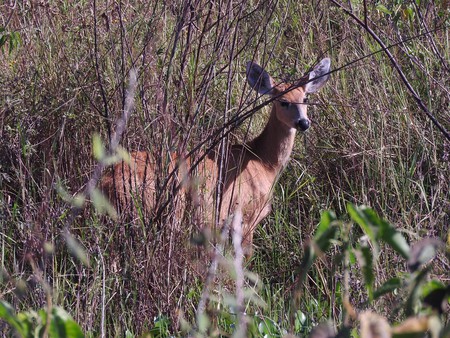 To get there, head to Puerto Suarez, which straddles the border of Brazil. A ten-hour bus from Santa Cruz is the most convenient way to go, although the “Death Train” is an infinitely more exciting mode of transport for the intrepid traveler. Don’t worry about dying en route – the name comes from a yellow fever epidemic that claimed the lives of thousands of railway workers during its construction.

If time permits, stop off at the Chiquitos Circuit on the way to marvel at the wondrous UNESCO-listed Jesuit churches that define this tropical lowland region. Most travelers in Bolivia make do with a quick loop of the western highlands. Unbeknownst to many, however, is that its far-flung eastern lowlands host a plethora of exciting attractions such as Otuquis to explore. Best of all, you’ll likely be the only gringo as far as the eye can see.