These Bolivian Fashion Designers Should Be on Your Style Radar 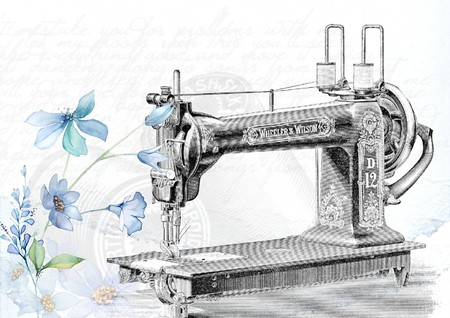 Bolivia has a surprisingly robust fashion industry for such a small developing country, largely driven by the wealthy upper class who passionately follow the latest trends from home and abroad, particularly in the more European influenced city of Santa Cruz. Although it may not compare with the likes of London, Paris and New York, there have been some noteworthy Bolivian designers who have hit the big time both here in Bolivia and on the international stage.

Museum, Store
Facebook
Email
Twitter
Pinterest
Copy link
Share
Map View
Born in La Paz in 1950, Beatriz Canedo Patiño went on to become Bolivia’s most successful fashion designer of all time. She studied fine arts in France before moving to New York to start her own design house called Royal Alpaca Inc. Patiño quickly built a reputation for her intricate designs using alpaca, vicuña and llama wool, eventually earning the moniker ‘The Queen of Alpaca’. She later returned to Bolivia to start her own company which soon became very successful. Patiño designed the suit president Evo Morales wore for his inauguration, a distinct look he has retained throughout his presidency. She passed away in 2016, though a boutique store in Sopocachi continues to sell her designs.

A well respected Santa Cruz designer who has been in the business for well over 20 years, Erica Weise was first taught the ins and outs of fashion design by her tailor mother before traveling overseas to further her studies. These days, her haute couture designs are a benchmark on the local scene and have adorned many famous Bolivian celebrities and beauty queens.

Another master of alpaca, Liliana Castellanos was born and raised in Tarija, southern Bolivia. She recognized her talent for design at a young age and moved to Buenos Aires to study at the Italian/French design institute Delego & Lagarrigue. After finishing her studies, she worked for a famed French design house before returning to Bolivia to set up her own business. Castellanos has had a lot of success on the local and international market with her stunning alpaca based designs which she describes as ‘elegant, sensual and full of character.’

The other big name coming out of Santa Cruz, Ingrid Hölters began her career in Brazil where she was inspired by traditional homemade textiles. She started her own label in Rio de Janeiro with the help of a dedicated team of local spinners, receiving plenty of community acclaim. Hölters then took her craft back to Bolivia were she drew inspiration from the weavers of the chiquitana region, eventually incorporating embroidered haute couture into elegant designs for both sexes. With her trademark earthy colors, embroidered edges and leather accessories, Hölters has made a huge contribution to the fashion industry of eastern Bolivia.

A world away from the glamorous albeit pretentious mainstream fashion scene is a trio of Bolivian hip-hop sisters known as Santa Mala. The girls, who come from a disadvantaged background, migrated to Brazil to find better paying work in a textiles factory. After learning the ropes of the fashion and manufacturing industry, they took a gamble and quit their jobs to start their own design company which exclusively caters to São Paulo’s hip hop scene. Their designs have proven popular throughout the city, particularly among its sizable Bolivian migrant community who identify with their unique street style. Showing no signs of slowing down, the girls continue pumping out new clothing lines between performing live hip hop shows in and around the city.