The True Story Behind the Jungle Thriller (2017) 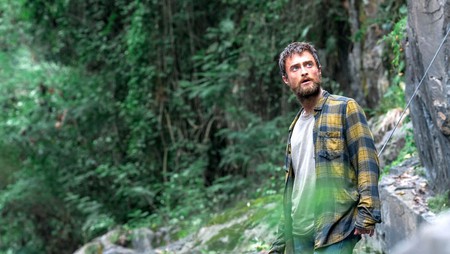 Home to an incredible array of flora and fauna, the pristine rainforest of Bolivia’s Madidi National Park sets the stage for Daniel Radcliffe’s latest thriller, 2017’s Jungle. Yet there is some fascinating backstory that couldn’t be covered in the film, including a book that inspired a new generation of travelers and a man who almost single-handedly developed eco-tourism in the region.

The film follows the true story of Yossi Ghinsberg (Daniel Radcliffe), an adventurous Israeli backpacker who travels to South America in 1981 after completing his mandatory military service, a strong tradition that continues in Israel today.

Ghinsberg forms a rather mismatched group of would-be adventurers in Bolivia’s capital city, La Paz. After becoming inspired by an Austrian geologist, the gang head to Bolivia’s northern jungles to explore unchartered territory in the hopes of coming across remote indigenous tribes and the promise of a long lost city of gold. 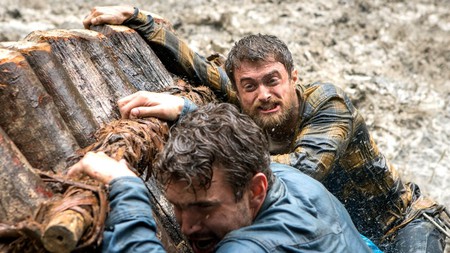 No Merchandising. Editorial Use Only. No Book Cover Usage Mandatory Credit: Photo by Moviestore/REX/Shutterstock (9227599a) Alex Russell, Daniel Radcliffe Jungle - 2017

A short flight sees them arrive at their destination where, despite stern warnings from concerned locals, they set off on an epic adventure, hiking through some spectacular Amazon scenery along the way.

But after doubts arise regarding the motives of their leader and a serious foot infection renders one party member incapable of continuing, the group decides to split in two. Determined not to cut the adventure short, Ghinsberg and his companion, Kevin Gale, opt to return to civilization by raft rather than on foot.

A serious rafting accident sees Ghinsberg separate from Gale. Against all odds, he manages to survive for a remarkable three weeks in these wild and unforgiving lands, hallucinating profusely and eating anything he can find just to stay alive. Eventually, Ghinsberg is rescued by Gale who leads a local search party.

Ten years after the harrowing ordeal, the real-life Ghinsberg returned to the land that almost took his life with the goal of developing sustainable tourism, perhaps indicative of his gratitude towards the locals and his respect for this vast wilderness region.

After negotiations with the InterAmerican Development Bank, Ghinsberg acquired a $US1.25 million grant to build a solar-powered ecolodge not far from where he became lost all those years ago. Known as Chalalán, the lodge still operates today and is considered to be at the forefront of Bolivian ecotourism.

While working on the project during the early ’90s, Ghinsberg penned the novel Back from Tuichi about his traumatic jungle experience. By describing the adventure in captivating detail, the book became a phenomenal international success, selling millions of copies worldwide and being translated into 15 languages.

But nowhere was the tale as popular as Israeli. In his home state, the story became a cult classic and inspired countless Israelis to visit this largely undiscovered part of Bolivia.

Due to its newfound reputation among ex-military Israeli backpackers, Bolivia’s Amazon saw a huge increase in visitors over the following decades. The town of Rurrenabaque essentially transformed from a little-known backwater into a major tourism hub, with Israeli-orientated businesses springing up to meet demand. Among them were hardcore survival tours which saw gung-ho backpackers venture deep into the jungle for weeks on end, often with little more than a machete and the expertise of a local guide to rely on. 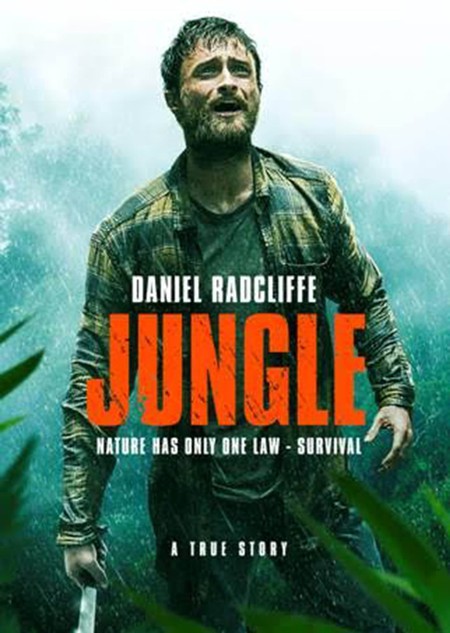 Yet the good times weren’t to last. In 2014, in response to a heightened conflict between Isreal and Palestine, Bolivian president Evo Morales publically declared Isreal a terrorist state and placed nationals in Group III of the country’s tourist visa classification. Aside from requiring a mountain of paperwork, a steep US$160 visa fee was imposed. Given that Israeli backpackers tend to travel on a very limited budget, the new regulations discouraged large numbers from visiting Bolivia and effectively decimated tourism in Rurrenabaque.

Furthermore, a controversial hydroelectric project threatens to flood large swathes of the Madidi National Park, potentially putting an end to tourism in the region forever.

Ghinsberg’s Chalalan lodge continues to welcome high-end visitors today. But for the legions of Israeli backpackers who were inspired by his tale of survival against the odds, the chance to have their own jungle adventure in Bolivia’s stunning section of the Amazon has become prohibitively expensive and may one day disappear completely.