The Genius from Patacamaya: Meet the Bolivian Boy Turning Waste into Robots 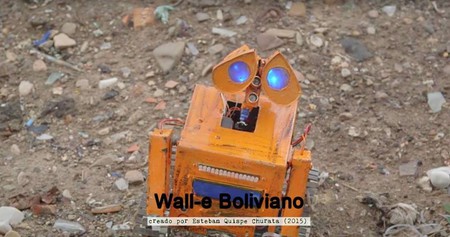 Eighteen years ago, a genius was born in a small, relatively unknown Bolivian village. Esteban Quispe Churata is from the impoverished altiplano (highland) town of Patacamaya, around 60 miles (100 kilometers) from La Paz. Despite only having access to the basic education you would expect in some far flung Bolivian village, Churata taught himself how to build robots from waste and control them through a mobile phone application. His creativity and undeniable genius has caught the world’s attention, from large tech companies to the international media.

Patacayma is not a place that is conducive to harboring a young genius. This small, dusty, potato-farming town of some 20,000 inhabitants sits at a crossroads between La Paz and Oruro. Educational opportunities are extremely limited, with just a small number of underfunded public schools providing the most basic tuition. Yet despite these difficult circumstances, Churata showed amazing potential from an early age. 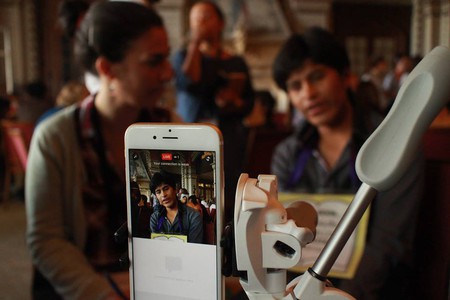 As a child, Churata sold toys he made at the local markets to support his parents. Upon reaching his teenage years, he began looking at how robots could help automate Patacamaya’s agricultural industry. He taught himself complex electronic and robotic theory from books he downloaded from the internet, and then put this knowledge into practice. However, all the theory in the world could not bring his ideas to life. Churata needed materials.

Given that there are no robotics stores in Patacamaya, Churata began scavenging the local garbage tip. With the help of his younger brother, he foraged through tons of waste to salvage anything he thought might be useful. In time, the enthusiastic youngster recycled circuit boards from old TVs and other materials into a complex replica of Disney’s WALL-E robot – his signature creation. In order control such a complicated piece of technology, Churata deduced that an Android application would be the most suitable platform. Considering no such thing existed, he decided to teach himself programming and create one of his very own. 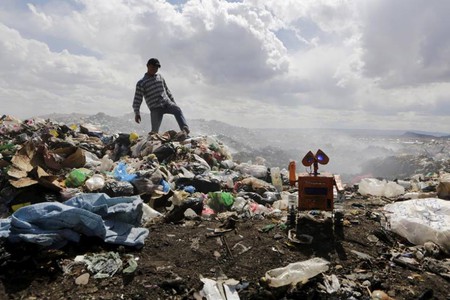 Once news of this teenage wonderkid gained international media attention in 2016, Churata’s life changed forever. He was inundated with interview requests from renowned media organizations such as CNN, Al Jazeera and Fox News, becoming somewhat of an overnight celebrity. This led to a dizzying world of new opportunities for an impoverished kid from an unheard-of Bolivian village. 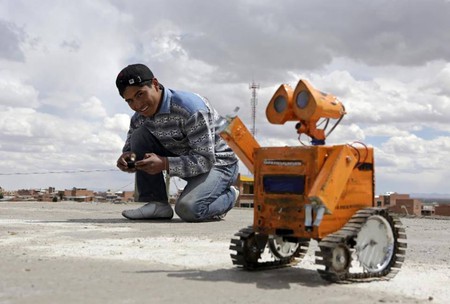 Churata has since spoken at distinguished conferences in the USA and has been offered jobs at top multinational corporations. He accepted a scholarship at one of Bolivia’s best universities in La Paz, but dropped out after a year for personal reasons. For the time being, Churata has returned home to support his family. What’s next for the genius from Patacamaya? Nobody knows. One thing is certain though, with so much intelligence and ingenuity, Churata has a promising life ahead of him.