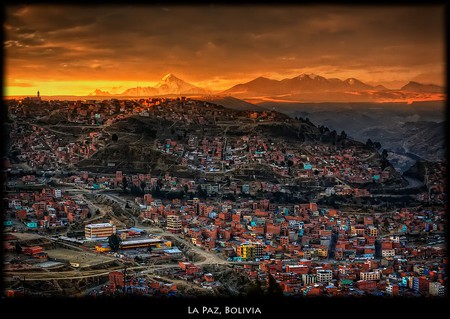 La Paz is a city of stark contrasts. From cold and miserable, high altitude suburbs full of haphazard, half-built houses, to the swanky mansions and modern apartment blocks in the warmer environs of the upmarket Zona Sur, choosing a good neighborhood to stay (or live) in is of utmost importance. Let’s take a look at the nicest, most gringo-friendly places in the city.

La Paz’ trendy bohemian neighborhood, Sopocachi is the place to be for the city’s wealthy and sociable youth. With an abundance of upscale restaurants, cafés, bars and nightclubs, living in Sopocachi is great when socializing is a top priority. The area is a mishmash of grand colonial mansions alongside towering modern apartment blocks and a smattering of well kept plazas and shady trees that add to its charm. Although Sopocachi is noticeably more expensive than surrounding neighborhoods, its pedestrian-friendly streets and vibrant cultural scene make it vale la pena (worth it). 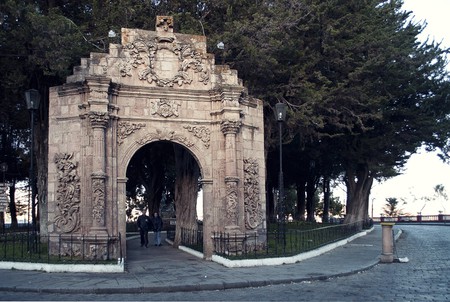 The city center is where most tourists base themselves because it offers easy access to La Paz’ main sights. To the west of the Plaza San Francisco is something of a tourist ghetto with countless souvenir stores, travel agencies, hotels and restaurants. This is a pleasant enough zone to stroll around, book tours and do some shopping, although it’s a far cry from the real Bolivia. To the east of San Francisco and crossing over the permanently hectic Avenida Perez is the city’s true center where its most important government buildings are located. Here lie many of La Paz’ best museums, oldest churches and other interesting sights such as Calle Jaen and Plaza Murillo. Basing yourself in El Centro is certainly convenient for sightseeing, but keep in mind the whole area is very crowded and chaotic, suffering dearly from heavy traffic and pollution. 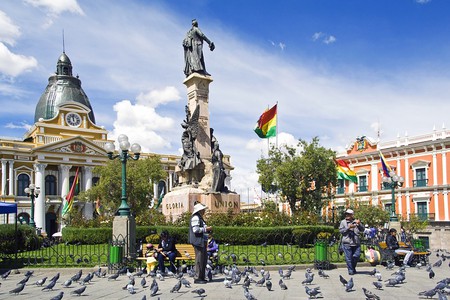 A middle class neighborhood between the center and Sopocachi, San Pedro remains relatively untouched by tourism and foreign influence. Many of its streets are full of car parts dealerships and other commercial pursuits, although there are some quality dining and nightlife options scattered around. Within easy walking distance to the center and Sopocachi, the cheaper rent here makes it an enticing option for long term residents who want to be close to the action without paying an arm and a leg. The only real tourist attractions here are the infamous San Pedro Prison and the authentic Mercado Rodriguez. 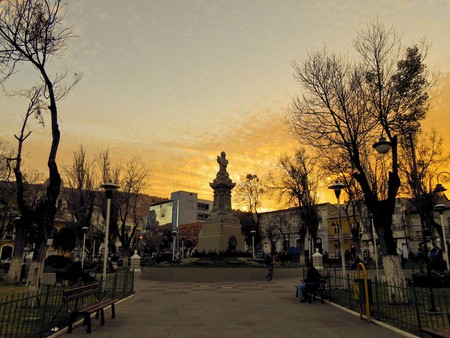 Although Miraflores lies between El Centro and Sopocachi, most of the action is a little too far to reach on foot. The area is rather high density, especially around the central stadium, meaning it gets pretty crowded at peak hour. On the plus side, Miraflores has lots of respectable entertainment and dining options and there are numerous modern apartment blocks offering quality long term accommodation for a very reasonable price. 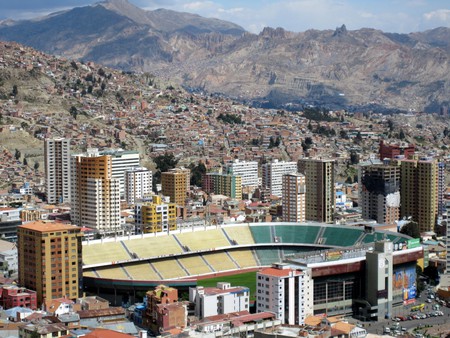 Zona Sur encompasses a huge area of La Paz and is home to around a third of the city’s total population. Little visited by tourists, the area is mostly inhabited by La Paz’ financial elite who prefer its warmer, lower altitude climate. Wealthy, long-term expats often base themselves here because it is safe, clean, quiet, and has the best private schools in the city. San Miguel, which lies at the heart of the Zona Sur, is a pleasant, pedestrian-friendly district, jam packed with some of the city’s swankiest cafés and restaurants. Achumani, on the other hand, is La Paz’ most desirable residential district, with large, luxurious houses, quiet streets and a relaxed pace of life. There isn’t much for tourists to see in Zona Sur, which is why most prefer to stay in the center instead. 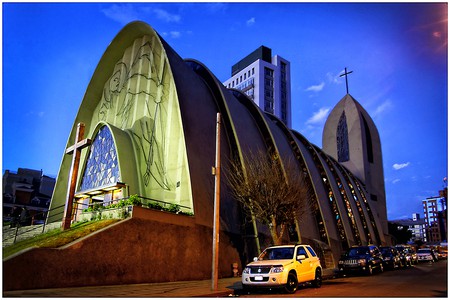 The church in San Miguel | © Tasmita Gz/Wikipedia
Give us feedback