Mi Teleferico: What to Know About Bolivia's Subway in the Sky 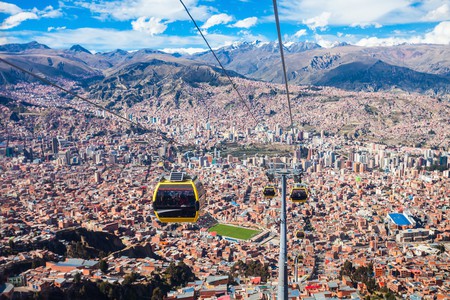 Tens of thousands of Alteños (people from El Alto) travel to La Paz each day for work. Descending from the rim of the highland city into the deep valley below used to be a nightmare journey of an hour or more. But not anymore, thanks to a revolutionary infrastructure project that sees users soar through the sky on their daily commute.

Traffic within and between the two cities has always been problematic. Their curvy, narrow colonial era streets just don’t provide enough room for the number of vehicles on the road. Combined with a recent population boom as farmers move out of the country and into the cities, regular political protests that shut down major arteries and serious problems with noise and air pollution, it has long been clear that something needed to be done. 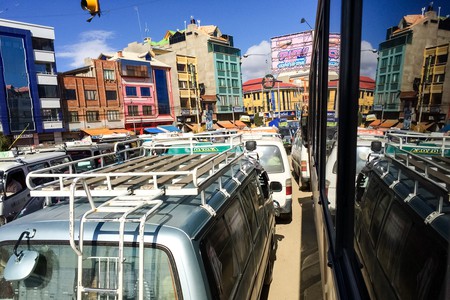 To alleviate the issue, local governments have been proposing a cable car to connect the two cities since the 70s. Finally, in 2012, Mi Teleférico (My Cable Car) was officially announced by president Evo Morales to link La Paz and El Alto while providing a better quality of life for those suffering from a truly arduous daily commute. Renowned Austrian firm Doppelmayr were contracted to carry out the project for an initial price tag of $US280 million. 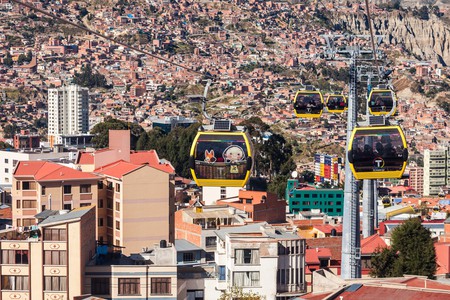 Phase one was completed in 2014, consisting of the red, yellow and green lines which pay homage to the Bolivian flag. With a combined length of over six miles (10 km) and at an altitude of some 13,100 feet (4,000 meters), Mi Teleférico is already the longest and highest cable car system in the world. Not bad for a developing country right in the heart of South America.

Although criticized by some for the huge cost involved, Mi Teleférico is widely considered to have been a success, particularly among those who use it most. At 3 BOB (US$0.40) per ride, prices have been set to be competitive with the local bus system. Each line is able to transport up to 6,000 people per hour, with cabins leaving every 12 seconds and seating up to 10 people. The system is open between 6 am and 11 pm daily. 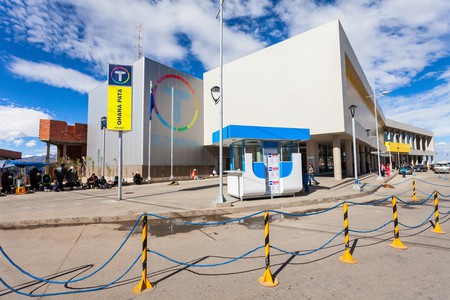 Phase two, of which the blue line has already been completed, was announced in 2014. It will see seven new lines with a total of 12 miles (20 km) added to the system. At a cost of an additional $US450 million, it can’t be denied that this is a huge investment for a developing country. Even so, the infrastructure mega-project should relieve the two cities’ burgeoning transportation issues for decades to come. 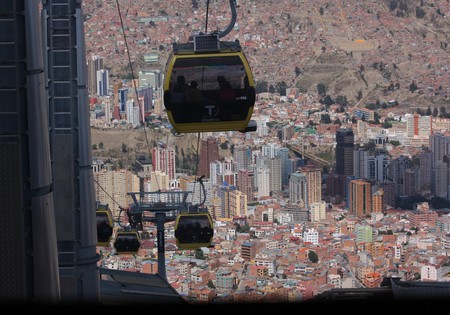 As a tourist visiting La Paz, a ride on the system is an absolute must. It provides unbeatable views of the starkly contrasting neighboring cities, a glimpse of everyday life and a convenient method of transportation. Currently, places worth visiting include 16 de Julio Station for the El Alto Market and Cholitas Wrestling, the Cementerio Station for the city cemetery and Central Station for the sights of the city center. Those looking to check out the ritzy Zona Sur can take the yellow and green lines as far as Irpavi.