Meet El Tio: The Devil Who Rules the Underworld of Bolivia's Mines 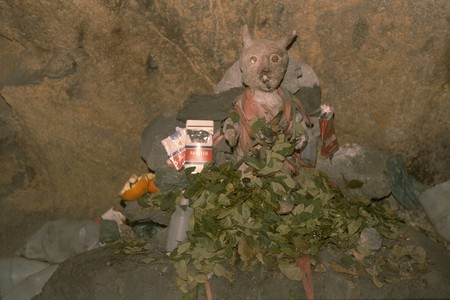 Deep below the surface of Bolivia’s most infamous mine, hordes of workers chip away at the rocky tunnel walls in the hopes of finding even just a fragment of precious silver ore. Their work is notoriously dangerous, claiming on average 14 lives each month. To mitigate the risk, the miners pay homage to the lord of the underworld, a devil-like deity known as El Tio.

Silver and tin rich Cerro Rico (rich mountain) is the cash cow that funded a large portion of Spain’s colonization of the new world. Some two billion ounces of silver ore were extracted from this mountain alone, bringing untold wealth to the conquistadors who shipped much of the booty back to their homeland. But such riches came at a great cost. Eight million slaves were estimated to have perished while working the mine during the colonial era, a horrifying figure that earned it the moniker, “The mountain that eats men”. 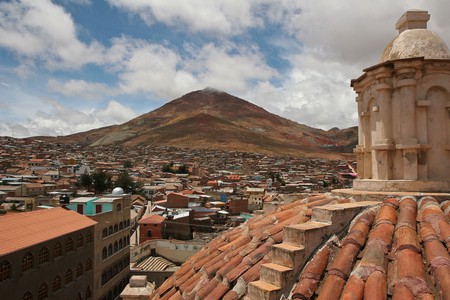 Although safety standards have improved considerably since then, Cerro Rico is still a shockingly dangerous place to work. The mine has been almost completely depleted which means tunnel collapses are common. More deadly still, the workers suffer from silicosis, a respiratory illness caused by breathing in toxic particles of dust. The average life expectancy of those unfortunate enough to carve a career out of the mountain is just 40.

To offset the dangers, colonial era miners began taking the extreme precaution of worshiping the devil. Referred to as El Tio, he is an amalgamation of the indigenous deities Supay and Huari with Satan of Christianity. These sinister practices continue today as miners pay homage to an effigy of a horned creature with goat like features in exchange for protection in their dark and notoriously dangerous workplace. If neglected, El Tio is said to become angry and unleash his wrath on the workers below. 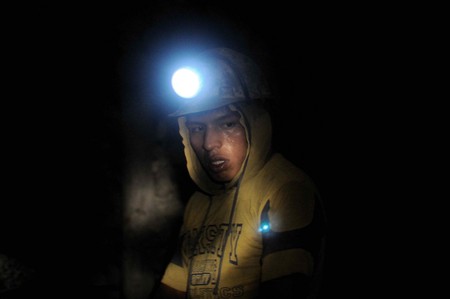 The miners of Cerro Rico make daily offerings to their nearest El Tio statue, of which there are many, in the belief it will allow them to return home safety to their families that day. According to belief, the devil doesn’t like to be left alone. The miners go and sit with the idol to keep him company, sharing their favorite vices of alcohol and cigarettes together. 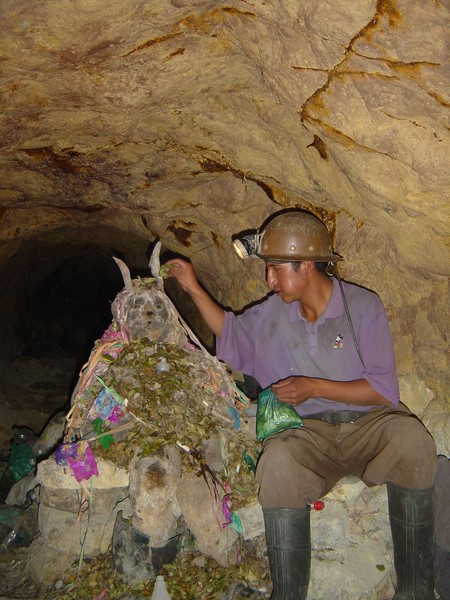 Every year on August 1st, a group of yatari (indigenous witch doctors) visit Cerro Rico to perform a ritual sacrifice in the hopes of appeasing the devil below. One or more llamas are slaughtered outside the mine and their blood is smeared over the entrance, machinery, and active veins of ore. The heart of the llama is then removed and taken inside to be placed at the statue’s feet. Everyone must leave the mine after the bloody ceremony to give El Tio some time to enjoy his meal.

All this devil worshiping creates a unique conflict of interest. The miners are, after all, devout Catholics and regular church goers. Interestingly, they have found a way to completely separate their two contrasting beliefs. God is worshiped as the ruler of the world above while El Tio is the lord of the mines below. To adhere to this belief, El Tio is never brought out of the mine (expect in the form of a dance) while anything related to Christianity is forbidden from being uttered in the underworld.