It's Prohibited to Visit This Popular South American Island – Here's Why 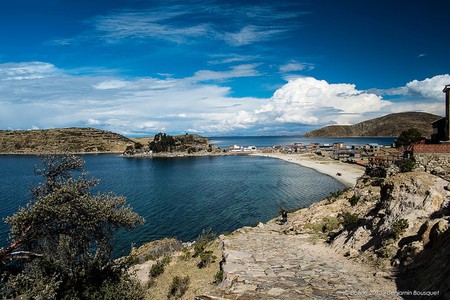 Situated on the High Andean plateau between Bolivia and Peru lies the mystical Lake Titicaca, a shimmering body of water just below the majestic snowcapped peaks of the Cordillera Real mountain range. And within Titicaca is the renowned Isla del Sol, a picture-perfect isle the ancient Incas believed to be the birthplace of the sun. Sounds like a killer travel destination, right? It would be, if tourists were allowed to visit.

Unfortuantely, an ongoing dispute between two local communities has seen most of the island become off-limits to foreign and domestic tourists since February 2017. The bitter feud began when the Challa community, who live roughly in the center of the island, built a series of guesthouses near a northern Inca ruin to try and earn a slice of the tourism pie. 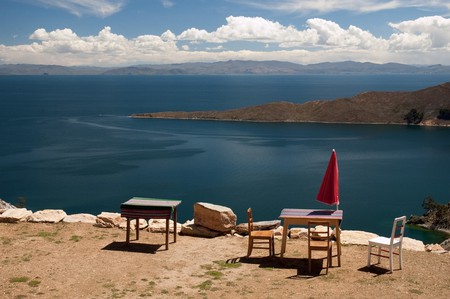 However, Challapama, a separate community based in the north of the island, believed the new buildings contravened one of Bolivia’s patrimony laws which relates to construction work within a certain distance of sacred sites. After an unsuccessful attempt to appeal through bureaucratic means, the folks of Challapampa decided to resolve the matter vigilante-style by blowing the guesthouses to smithereens with a dose of dynamite.

Unsurprisingly, the people of Challa were furious. And as if often the case in Bolivia, they retaliated through protest, blocking the entire north section of the island off from tourism.

As one of the most popular attractions in the country, Lake Titicaca sees travelers descend in droves with the primary objective of exploring the stunning views and fascinating archeological sites of the Isla del Sol. Most begin their journey in the southern town of Yumani (which has managed to stay neutral in the conflict and is still open for business) before embarking on a stunning three-hour trek across the island to arrive at the northern Inca sites around Challapampa. 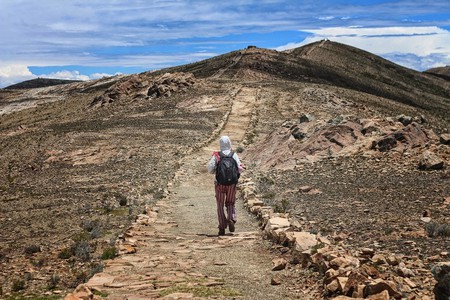 But with the current conflict still in place, accessing the north remains unfeasible. Challa guard posts dotted around island fly red flags to warn tourists of the blockade, while boats attempting to dock in the north have been boarded and confiscated. During one incident in May 2017, as many as 23 tourists were forcibly detained after their boat was caught trying to sneak into Challapampa in the dead of night. After being held prisoner for a long and tense evening, the foreigners were finally released when the Bolivian Navy intervened the following day.

And it’s not just the tourists who are suffering from the fallout. The people of Challapampa are no longer permitted to sail directly to their village on most days, instead being forced to dock at the southern port of Yumani and embark on a three-hour hike through the blazing sun to reach their homes. Meanwhile, emergency medical access is restricted to physicians with a special permit, and supplies can be delivered from the mainland only on certain specified days. 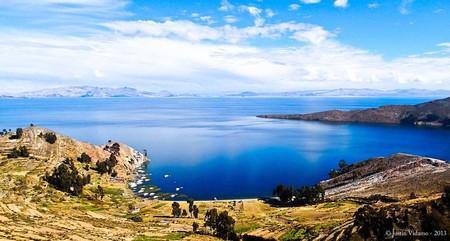 Sadly, the conflict doesn’t appear to be coming to an end anytime soon. Tempers flared during a confrontation on January 5 which saw serious injuries on both sides and the burning of expensive watercraft by enraged Challa villagers.

Despite attempts by the local and federal government to resolve the matter by diplomatic means, the northern half of the island still remains off-limits over 12 months after the blockade first began. Visitor numbers to the region have dropped by an estimated 60% in what is considered to be a serious blow to the country’s struggling tourism industry.

Find out where you should go in South America, based on your personality.