How These Bolivian Ranches Are Helping to Conserve Endangered Jaguars

Bolivia’s rainforests are in crisis due to the rapid expansion of pastoral land. Consequently, local farmers are hunting jaguars as they encroach on their property in search of food, further diminishing the population of these critically endangered animals. But there is hope on the horizon. Two innovative local conservation projects are proving that big, wild cats and tame, domesticated cattle can coexist in peace.

In 2016, authorities confiscated some 14,000 illegally obtained wildlife by-products in the department of Beni alone. Many of these belonged to the elusive jaguar, whose purported medicinal properties fetch a princely sum on the illegal markets of Asia.

Meanwhile, at least 19,000 hectares of pristine Beninian Amazon were deforested that same year to make way for new farmland. The insatiable appetite for beef found in some societies – even indirectly via soybean production used to feed cattle – is obliterating the world’s most bio-diverse region at a startling rate.

The situation is dire for the rainforest and for the jaguar in Bolivia. And it is illegal poaching as well as the expanding agricultural sector that bear the brunt of the blame. 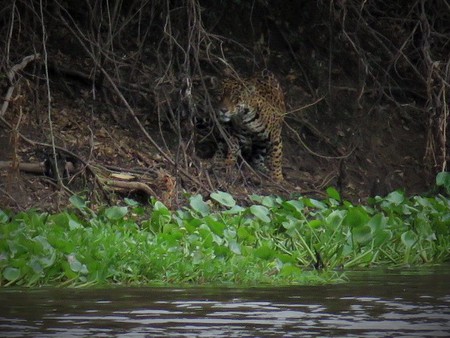 While some government officials lobby for more agricultural land no matter the expense, other government efforts in Bolivia are more conscientious, such as stricter controls over illegal poaching. Nevertheless, environmentalists feel more is needed to fully address the issue.

Taking matters into their own hands, an innovative solution from the private sector is showing promising results. Two separate eco-tourism initiatives have converted cattle ranches into thriving wildlife sanctuaries, adopting a sustainable model where livestock and wildlife can live in harmony.

The first such project in Bolivia was the San Miguelito Jaguar Conservation Ranch, located a three-hour drive from the bustling metropolis of Santa Cruz de la Sierra.

Situated in the heart of Bolivia’s agricultural belt, virtually all its surrounding woodlands have disappeared from deforestation to make way for large-scale soybean production. As a result, a sizable contingent of wildlife has migrated to San Miguelito, which is now the last refuge of unspoiled wilderness in the region.

Eco-enthusiast and San Miguelito property owner Dustin Larsen realized the potential of his land to protect vulnerable native fauna. Over time, he scaled back cattle-rearing and dedicated a massive portion of the property as a natural habitat to all kinds of animals, including the jaguar. 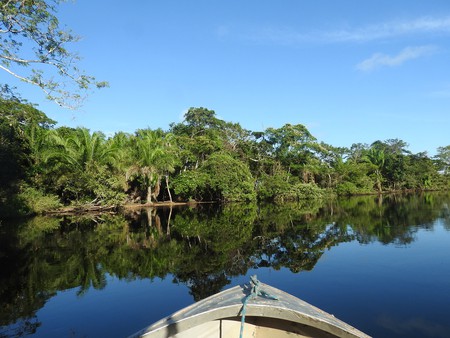 Big cats such as the puma and jaguar periodically continue to prey on cattle around the reserve – an inevitable occurrence that has proven impossible to completely prevent. However, a portion of the profits from the venture goes towards fully compensating local farmers to replace their lost livestock. In turn, this discourages the farmers from hunting the endangered cats who no longer cause a financial loss.

Since it began four years ago, San Miguelito has become a resounding success. The ranch currently boasts a jaguar population of 11 animals per 38.6 sq mi (100 sq km) – among the highest in Latin America. As a result, sighting one of the elusive creatures is an enthralling experience that a number of guests have had the luxury of enjoying.

Nestled within the wildlife-rich Rio Negro Corridor of Beni, San Carlos is home to an array of exotic fauna including pink dolphins, black caimans, giant anteaters, countless species of monkey and – of course – the jaguar.

In fact, biologists estimate up to 80 mammal, 400 bird, and 25 reptile species live in this region alone. 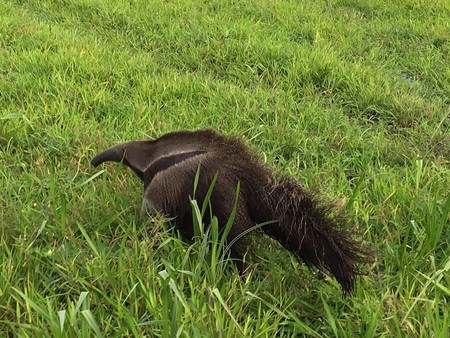 But more than anywhere else in Bolivia, Beni depends on its burgeoning agricultural industry. After all, cattle represent the primary source of income for its inhabitants. And much like the surroundings of San Miguelito, the locals routinely hunt predatory animals to protect their sizable investments.

Above all else, the San Carlos Reserve strives to change local attitudes by demonstrating how sustainable eco-tourism can become a viable source of income.

Combined with added government pressure in the form of educational campaigns and strict anti-poaching laws, a gradual paradigm shift does indeed appear to be taking place. 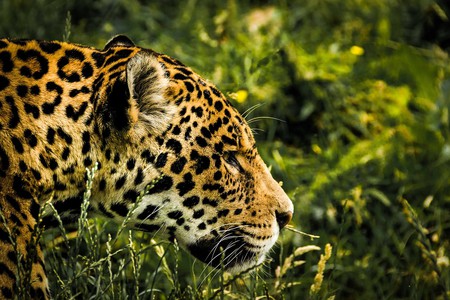 “There used to be groups of hunters everywhere. At each checkpoint every weekend there were people dressed in camouflaged on the way to a hunt. Today that has diminished,” zoologist Marco Antonio Greminger told Mongabay.

One success story is that of Hairo Reynaldo Toledo, a 25-year-old former farmer and hunter. After visiting San Carlos Wildlife Eco Reserve for himself, Toledo gave up his profession to become a tour guide on the ranch and protect its vulnerable inhabitants.

Of course, neither initiative could take off without a steady influx of paying visitors. Interest in eco-tourism is modest within Bolivia, which means capturing the attention of the international market is paramount to the success of both projects. 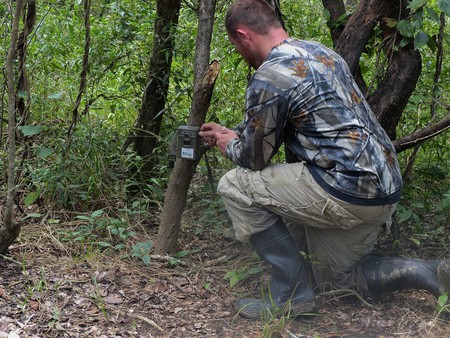 Enter Nicholas McPhee, the Australian born owner of Nick’s Adventures, whose passion for wildlife conservation prompted him to market both projects to his foreign clientele.

“I decided to get involved after seeing so many animals pointlessly killed by ranchers and hunters, which really made me think about potential solutions. I’d seen other examples of successful conservation projects in Brazil and Africa, which inspired me to attempt it here,” he told Culture Trip.

According to Nick, the purpose of these conservation tours is to “provide employment, preserve habitats (not just for big cats but for other species as well),” and to create an idea that he “hopes will spread among other ranchers.”

Eco-tourists interested in the project are able to book San Carlos and San Miguelito excursions online. Both of which have received rave reviews for regular jaguar sighting, including a mother and her two cubs.

Not only will participants get the chance to observe exotic wildlife in its natural habitat, but they’ll be making a meaningful contribution towards the much-needed conservation of the majestic jaguar, as well as other at-risk Amazonian species.