How Santa Mala, the All-Female Bolivian Hip-Hop Crew, is Taking Brazil by Storm 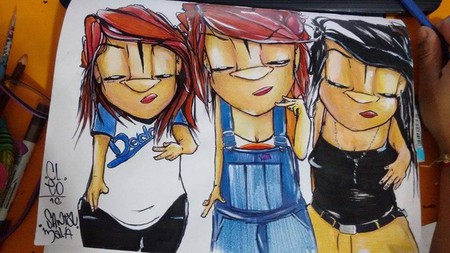 The Bolivian all-female hip-hop trio known as Santa Mala are an inspiring example of how dreams can come true against all odds. These three sisters from La Paz have overcome adversity to create a successful business enterprise, making an honest living by doing what they love most. The girls have shown that with a little hard work and perseverance, a life of struggle and hardship can be transformed into a bright future.

Pamela, Abigail and Jenny Llanque were born in La Paz to a poor, working class family. From a young age, the three sisters shared a love of hip-hop music and culture, starting their first group, Hermandad Femina (Sisterhood) in 2004. In the hopes of finding a better future, they emigrated to São Paulo in Brazil and started working in a textiles factory. As is the case with many immigrants in the region, they ended up working long hours in poor conditions for very little money. After spending several years learning everything they could about the fashion industry, they decided to ditch their factory jobs and start up their very own fashion company. The driving factor of this decision was that the extra income would allow them to bring their mother over to Brazil to live with them. 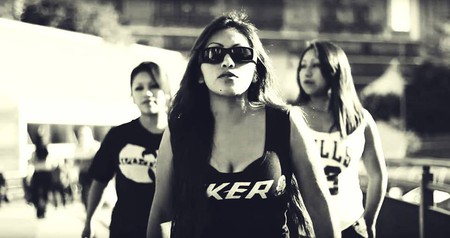 The gamble paid off as their new fashion company quickly evolved into a sustainable business. The girls design and sew clothes inspired by Latin American hip-hop culture, paying particular attention to what other immigrant women are wearing in the city. With an estimated 150,000 Bolivian immigrants living in this mega-metropolis of 20 million people, there continues to be demand for their apparel among Bolivians and the greater Brazilian hip-hop community. As a testament to their success, the three sisters now happily share a home in São Paulo with their mother. 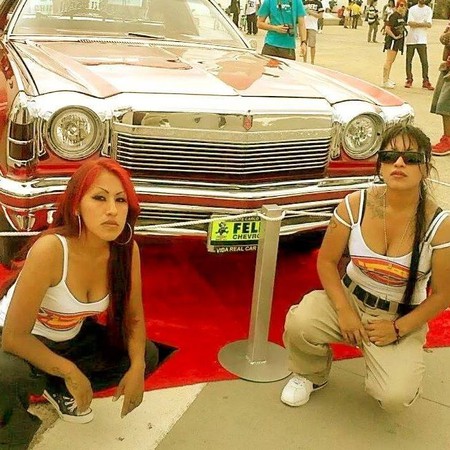 With the spare time they gained after leaving the textiles factory, the Llanque sisters rekindled their passion for music. The girls formed a group in 2014 under their new name, Santa Mala, and quickly began making inroads into the São Paulo hip-hop scene. Their lyrics resonate particularly strongly among the city’s large immigrant community, covering topics such as poor working conditions, courage in the face of adversity and women’s rights. With regular live performances in São Paulo’s many hip-hop clubs, this all female Bolivian rap crew shows no signs of slowing down.