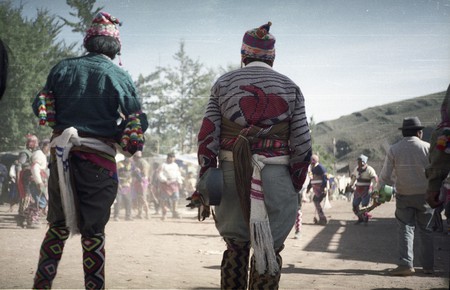 Every May, a small rural town called Macha in the department of Potosí hosts one of Bolivia’s most unique events. The Tinku festival sees hundreds of indigenous villagers get together from around the region to participate in a drunken brawl for three unforgiving days. These ritualized fighting festivities have little to do with rivalry or resolving disputes – they are a traditional way of appeasing Pachamama – mother nature – in return for a bountiful harvest.

Tinku is the Aymara word for “violent encounter,” a tradition which dates back to colonial times. Most of the indigenous inhabitants of the area were forced into slavery by the Spanish, working under appalling conditions in the notorious Cerro Rico. As a form of entertainment, the slaves would play-fight with one another, ducking and weaving in circles while throwing the odd light punch. This eventually evolved into a dance of the same name which is practiced widely throughout the country today. 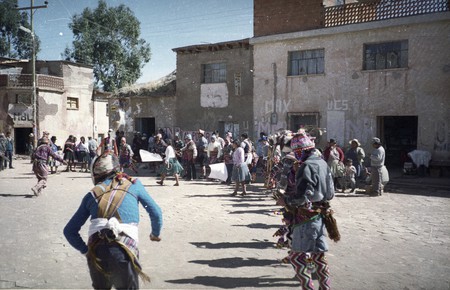 Somewhere along the way, Tinku evolved from playful sparring and dance into a violent, sacrificial bloodbath. The local people believe that each drop of spilled blood that hits the earth is a holy sacrifice to Pachamama, their most revered deity. It is she who controls the weather and the rains, and the greater the sacrifice, the greater she will bless the land in return. This is a cold, windswept region where few crops grow due to the extreme altitude and a distinct lack of rain. People here live in poverty, meaning a successful Tinku is essential to providing enough food to feed their families until next year’s harvest. 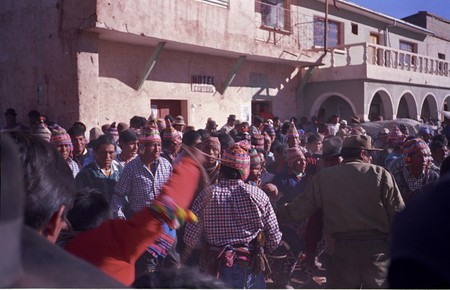 The festival becomes more wild and unruly as each day goes by. Alcohol is not mandatory according to their beliefs, but its use is widespread to reduce inhibitions and help numb the pain. Fistfights are held between two willing combatants who furiously swing hay-makers until one falls to the ground. The women get involved too, viciously pulling each others’ hair and landing punches before retiring to cook up a feast for the masses. It’s a surprisingly joyous and celebratory occasion, with plenty of food, music and dancing between the violence, although things certainly can get out of hand.

On the last day of the festival the violence reaches fever pitch. Some men carry rocks in their hands to strengthen their blows, occasionally launching them from slingshots as tempers begin to flare. The most savage contestants wrap their fists in cloth with shards of glass to inflict maximum damage, while others mercilessly crack whips over the heads of their opponents. When things get too heavy, the police do their best to pull the frantic revelers apart, sending them off to the town’s basic clinic to tend to their wounds. Sometimes, however, it’s too little too late. Deaths occur during the frenzied celebrations, a reality which is quickly covered up by the townsfolk to avoid government intervention. 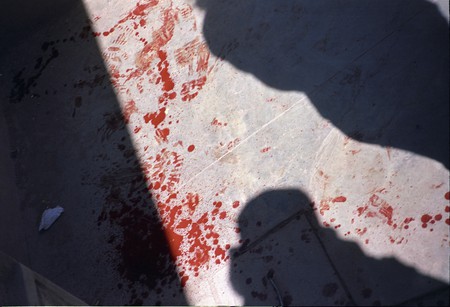 But for the locals there is a silver lining. They believe that the death of a villager is the ultimate sacrifice to Pachamama and is certain to yield an abundance of crops in the upcoming year. While the event is technically illegal, the police prefer not to ban it outright, keeping a close eye on proceedings instead. They know all too well that this is an important part of the local culture which dates back hundreds of years. It’s a tradition that the locals willingly prefer to conserve, despite the potentially deadly consequences. 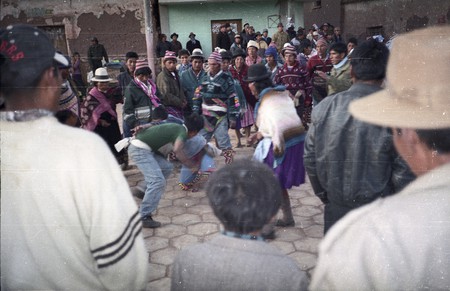 As horrific as the festival may seem, it’s really not representative of their culture. These are peaceful people who rarely settle disputes with violence and seldom have the chance to party because they are too busy working the fields. But for a few terrifying days in May, Macha becomes carnage as the locals let loose.