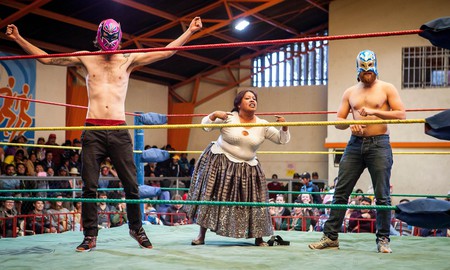 A group of hardy cholitas are doing their bit to empower Bolivian women by demonstrating their power in a WWE type of performance.

Cholitas Wrestling in Bolivia began as a novel way for domestic violence victims to release stress and form a network of supportive friends. The cholitas – women from the indigenous nation of Aymara who typically wear traditional polleras (skirt) and bowler hats – pull off some incredibly acrobatic stunts. Punches, kicks, body slams, suplexes and piledrivers are all part of the repertoire of these talented athletes, as they battle it out in the ring in front of a roaring crowd.

Sometime during the mid-2000s, local wrestler and promoter Juan Mamani saw a business opportunity and commercialized the practice by encouraging cholitas to perform the wrestling act professionally. His vision quickly caught on. These days, tourists and locals flock to an arena in El Alto to catch a glimpse of the action. 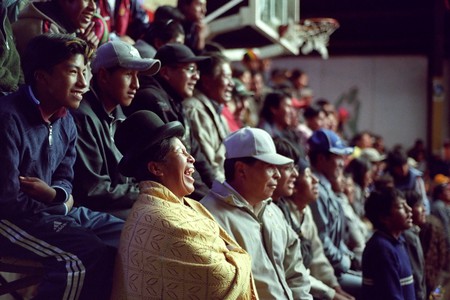 As with other forms of wrestling entertainment, theatrics are very much a part of the show. These fearless women really know how to work a crowd, well aware that audience involvement is fundamental to their success. They tease, provoke and throw popcorn into the crowd, sometimes stealing a cheeky kiss from an audience member. The whole spectacle is fun, outrageous, lighthearted and downright bizarre.

Although it may seem like just a silly sport, these valiant cholitas are doing their bit to reduce the country’s domestic violence problem. Most of their bouts are against male wrestlers who represent abusive husbands. The men are berated by the audience, subsequently teaching women to reject their oppressors. 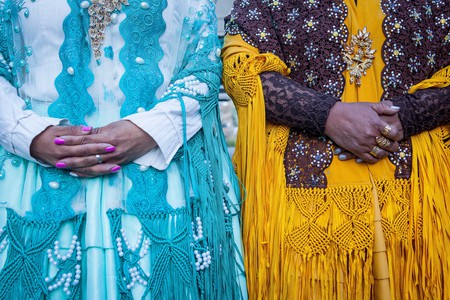 In 2013, Aymara president Evo Morales toughened domestic violence laws and funded a number of women’s shelters around the country. This was undoubtedly a step in the right direction, but in addition to these policy advancements, advocates believe it’s also crucial to see a change in the national psyche in order to see true impact in society. Little by little, this is what Cholitas Wrestling is trying to achieve.

The show is on every Thursday and Sunday at El Multifuncional, a sports stadium in El Alto. Entry costs 50 BOB ($7), though it’s more convenient to take a tour from neighboring La Paz, which includes transport and an English-speaking guide, for 80 BOB ($11.50). 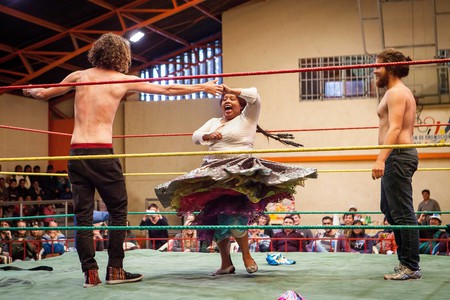