Here's Why Bolivians Don't Have Mailboxes

Bolivia lost an essential public service this year. Without warning, on March 1, the post office suddenly shut its doors indefinitely, leaving mountains of mail with nowhere to go. Yet remarkably, hardly anyone seemed surprised. For years, the institution known as ECOBOL had been so chaotically operated that Bolivians had pretty much learned to live without it.

ECOBOL wasn’t always so misfortunate. Locals and longterm expats recall a time when the postal system was fast and reliable. Over the years –most agree from the early 2000s onwards – the institution began to change.

The biggest consumer complaint was the unreliability of the service. Christmas cards would arrive in July and there was never any guarantee of packages showing up at all. Upon its closure, the office had amassed an estimated 30 tons of unsent packages on its floors.

Part of the problem was the fact ECOBOL had no mail carriers. Rather, the agency employed a team of private couriers to deliver post by hand. With little more than a vague description to work from, such as “the blue house at the end of the street,” they would ring random doorbells and yell through open windows in a slapdash attempt to deliver their cargo to the rightful owners.

Consequently, Bolivians never bothered installing mailboxes, because they rarely expect letters to arrive. At best, some houses have a small slit in the gate where mail is haphazardly tossed through, only to inevitably get blown away in the wind or become soaking wet in the rain.

All of this is hardly surprising, considering the country doesn’t even use postcodes.

Sound like a logistical nightmare? To an extent, it is. But Bolivians are a resilient people. Rather than fretting about the fact that Amazon won’t deliver the latest goods directly to their door, Bolivians interact at the local market instead.

What about officially signed or stamped documents that must be delivered in a physical form? In Bolivia, an entire industry has sprung up to meet demand. Known as enviadores, these entry-level employees are hired solely to transport bureaucratic paperwork from one end of the city to another.

Of course, wherever possible, the people prefer to send their messages online instead, from tried and tested email to the more recent phenomenon of Whatsapp, which has grown wildly in popularity in Bolivia. 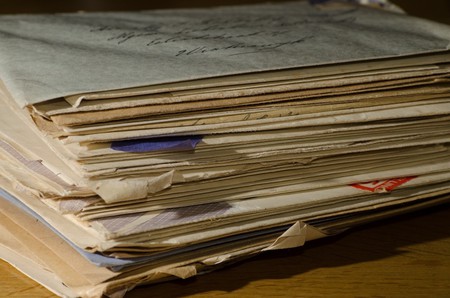 As for packaged goods, a nationwide system known as encomiendas sees parcels loaded onto the bottom of passenger buses and sent on their way. If you’ve ever wondered why your Bolivian bus seems to inexplicably stop at every random town, it’s to cheaply transfer everyday goods, in lieu of an established postal system.

To compensate for unreliable international postage, friends and family members often agree to pack as much as possible into their bulging suitcases when they return home from overseas. It’s a bit of a tradeoff, however, as one could get slapped with a hefty import tax penalty.

As a last resort, international courier companies such as DHL offer their own private delivery services, though this option comes with a higher cost.

Bolivians have overcome adversity by making do without a functional postage system for so long. And there is some hope on the horizon. A new modern postage system called Agencia Nacional is set to eventually replace the failed ECOBOL. Who knows? We may even see mailboxes and postcodes in Bolivia some day.