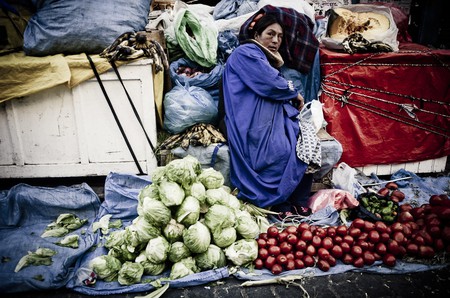 Perched on the rim of the altiplano overlooking the more affluent city of La Paz lies the haphazard and chaotic metropolis of El Alto. The city is home to some one million residents, almost all of whom are Aymara who have migrated from the country in recent decades in search of a better life. Every Thursday and Sunday, the people of El Alto put on a market like no other, thought to be the biggest flea market in Latin America.

Known locally as 16 de Julio, the unfathomably large market sprawls for block after block as far as the eye can see. It covers an impressive two square miles (five square kilometers) in a confusing and disorderly fashion. Sunday is the biggest day, when tens of thousands of people arrive from all over the region and spend what is estimated to exceed US$1 million. 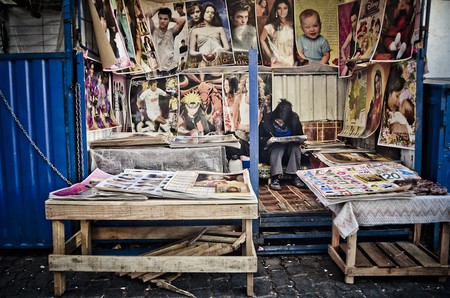 Pretty much anything imaginable is on sale somewhere in the labyrinth like streets of the market. Vendors touting used cars parts, sports gear, hardware, electronic gadgets (including plenty of fakes) and building supplies hustle for limited space. Large sections are dedicated to second-hand junk such as dusty old circuit boards and used medical supplies. Some sellers have nothing more than a mat on the ground with junk they found lying around, on sale for a bargain at just a few cents per item. 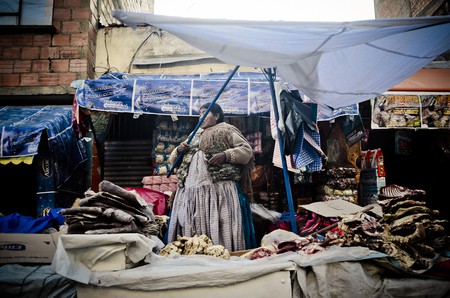 More interesting to the tourist are the natural and spiritual remedies on offer. Many Bolivians strongly believe that traditional healers are best equipped to deal with matters of the body and the soul. This is no more evident than in the Aymara capital of El Alto, where curious oddities on sale include lizard ointment, live bees and llama fetuses. 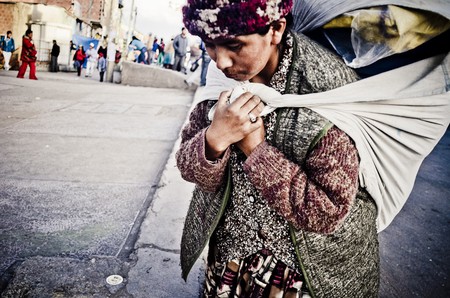 But for many, the market’s biggest attraction is the second hand clothes section. In the United States, only 20% of the clothing donated to charity actually gets sold through thrift stores. The rest is either recycled or shipped overseas to developing countries like Bolivia. Here, wholesalers purchase used clothing by the 1,000 pound crate and sell them on to retailers who set up stalls in places like the El Alto market. 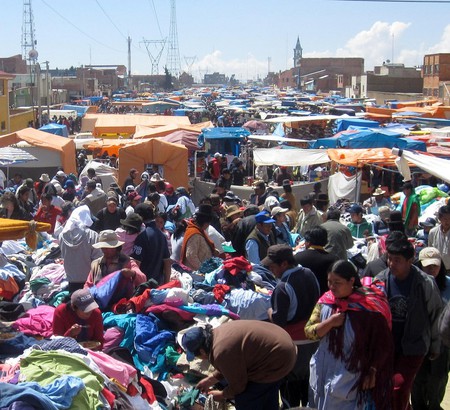 Piles and piles of second hand American clothing lie on the ground which shoppers frantically sift through in the hope of finding a bargain. Each pile is given a determined price, usually less than a dollar, so that all items are sold for the same amount regardless of quality, brand or condition. Those who arrive early and are willing to forage can find some incredible bargains, with barely used designer tops and bags practically given away. 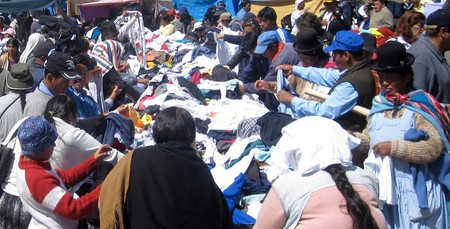 Some entrepreneurial Bolivians have seen a business opportunity and set up their own enterprise. Arriving early in the morning just as the vendors throw down their wares, they sift though the endless piles of clothing to find the best deals of the day and resell them with a hefty markup in the more affluent neighborhoods of La Paz. 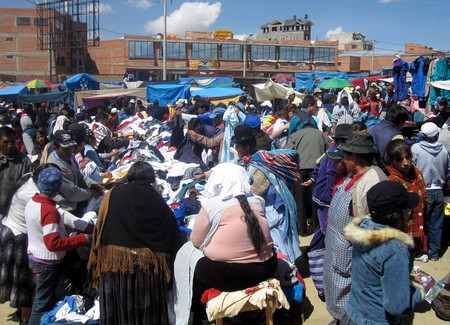 Those looking to check out 16 de Julio should jump on the red line teleférico from either the cemetery or central station and head up to La Ceja which is right in the middle of the action. A word of warning though, the market is notorious for crime. Although physical harm is extremely unlikely, the chances of being targeted by pickpockets is high. Always keep valuables in an inside pocket, carry backpacks on your front and be extremely wary of your surroundings when taking photos. With these precautions in mind, the market can be visited without incident.